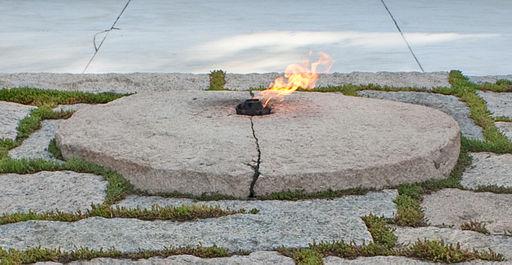 Paul Fitzgerald and Elizabeth Gould, a husband and wife team, began working together in 1979 co-producing a documentary for Paul’s television show, Watchworks. Called, The Arms Race and the Economy, A Delicate Balance , they found themselves in the midst of a swirling controversy that was to boil over a few months later with the Soviet invasion of Afghanistan. Their acquisition of the first visas to enter Afghanistan granted to an American TV crew in 1981 brought them into the middle of the most heated Cold War controversy since Vietnam. But the pictures and the people inside Soviet occupied Afghanistan told a very different story from the one being broadcast to Americans.

Following their exclusive news story for the CBS Evening News, they produced a documentary (Afghanistan Between Three Worlds ) for PBS and in 1983 they returned to Kabul for ABC Nightline with Harvard Negotiation Project director, Roger Fisher. They were told that the Soviets wanted to go home and negotiate their way out. Peace in Afghanistan was more than a possibility, it was a desired option. But the story that President Carter called, “the greatest threat to peace since the second World War” had already been written by America’s policy makers and America’s pundits were not about to change the script.

As the first American journalists to get deeply inside the story they not only got a view of an unseen Afghan life, but a revelatory look at how the U.S. defined itself against the rest of the world under the veil of superpower confrontation. Once the Soviets had crossed the border into Afghanistan, the fate of both nations was sealed. But as Paul and Liz pursued the reasons behind the wall of propaganda that shielded the truth, they found themselves drawn into a story that was growing into mythic dimensions. Big things were brewing in Afghanistan. Old empires were being undone and new ones, hatched. America had launched a Crusade and the ten year war against the Soviet Union was only the first chapter.

It was at the time of the first World Trade Center bombing in 1993 when Paul and Liz were working on the film version of their experience under contract to Oliver Stone, that they began to piece together the mythic implications of the story. During the research for the screenplay many of the documents preceding the Afghan crisis were declassified. Over the next decade they trailed a labyrinth of clues only to find a profound likeness in Washington’s official policy towards Afghanistan – in the ancient Zoroastrian war of the light against the dark – whose origins began in the region now known as Afghanistan. It is a likeness that has grown visible as America’s entanglement in Afghanistan threatens to backfire once again.

Afghanistan’s civil war followed America’s Cold War while Washington walked away. A new strain of religious holy warrior called the Taliban arose but at the time few in America cared to look. As the horrors of the Taliban regime began to grab headlines in 1998 Paul and Liz started collaborating with Afghan human rights expert Sima Wali. Along with Wali, they contributed to the Women for Afghan Women: Shattering Myths and Claiming the Future book project published by Palgrave Macmillan (2002). In 2002 they filmed Wali’s first return to Kabul since her exile in 1978. The film they produced about Wali’s journey home, The Woman in Exile Returns, gives audiences the chance to discover the message of one of Afghanistan’s most articulate voices and her hopes for her people.

In the years since, much has happened to bring Paul and Liz’s story into sharp focus. Their efforts at combining personal diplomacy with activist journalism are a model for restoring a necessary dialogue to American democracy. Their book, Invisible History: Afghanistan’s Untold Story, published by City Lights (2009), lays bare why it was inevitable that the Soviet Union and the U.S. should end up in Afghanistan and what that means to the future of the American empire. Their book, Crossing Zero The AfPak War at the Turning Point of American Empire, published by City Lights (2011), lays out the paralyzing contradictions of America’s AfPak strategy. It clarifies the complex web of interests and individuals surrounding the war and focuses on the little understood importance of the line of demarcation between Afghanistan and Pakistan called the Durand line. Their novel The Voice is the esoteric side of their Afghan experience. Gould and Fitzgerald’s articles and blogs have been published in numerous online and print journals and newspapers such as The Boston Globe, The International Herald Tribune, Huffington Post, The New York Times, GlobalPost World News, Middle East Institute’s Viewpoints, CounterPunch, Sputnik News and OpEdNews. They have been interviewed by major media outlets such as MSNBC, RealNews TV, Democracy Now and numerous commercial and PBS radio stations from Boston to LA. They have also made presentations that have aired across the country on C-Span Book TV and the Cambridge Forum (WGBH Forum Network). Their presentation-Afghanistan and Mystical Imperialism: An expose of the esoteric underpinnings of American foreign policy is viewable here. For more information visit their websites at invisiblehistory and grailwerk.

These Are The Ports Still Receiving The Most Russian Fossil-Fuel Shipments?