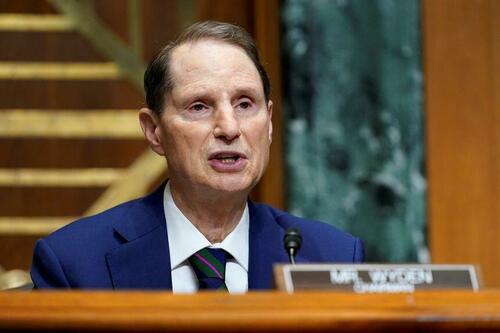 Democratic Senator Ron Wyden (OR) – who last year blocked a bill that would punish Chinese forced labor before receiving $60K from Nike execs – wants to punish US oil companies by slapping a 21% surtax on profits that exceed 10%.

Wyden, who chairs the tax-writing Finance Committe, would boost federal taxes to as much as 42% on profits considered excessive, when combined with the existing 21% US corporate tax rate, according to Bloomberg.

“By contrast, companies that provide relief to consumers by either reducing prices or investing in new supply would not be affected.”

To pass, Wyden will likely need the support of all 50 Senate Democrats in order to overcome GOP opposition – which means wooing moderate Democrat Joe Manchin (WV), who has previously expressed skepticism over hiking taxes on the energy industry.

According to the report, top Biden aides have warmed up to the plan as they scramble to tackle rising energy costs ahead of midterms in November. While Bloomberg notes that the proposal wouldn’t likely become law by fall, it would at least give Democrats a talking point.

On Friday, President Biden called out Exxon for making “more money than God last year” – so clearly the talking points have gone out. And according to two administration officials, taxing oil company windfall profits is actively under consideration.

Recall that Biden’s argument is that evil, greedy oil companies are simply refusing to tap and refine more oil which would ease prices at the pump. Yet, refining capacity is nearly maxed out…

…a problem that isn’t going to solve itself anytime soon.

As Chevron CEO Mike Wirth noted almost two weeks ago, the political push away from fossil fuels means “there will never be another new refinery built in the United States,” adding “We’ve seen refineries being repurposed to become bio refineries. And we live in a world where the policy, the stated policy of the U.S. government is to reduce demand for the products that refiners produce.”

And so, enter Wyden – with his plan to solve the problem by punishing profits, a plan which not everyone within the Biden administration are hot on.

“Internally, aides remain concerned such a tax could hurt ongoing efforts to boost the supply of oil…” -Bloomberg

If combined with a gasoline rebate, a windfall profits tax would both deter supply and encourage fuel demand, said Kevin Book, managing director of research firm ClearView Energy Partners LLC. “It is the opposite of balancing the market.”

An idea out of the Treasury Department to place a cap on the price of Russian oil — in concert with European allies — has gained far more traction inside the administration. -Bloomberg

Additionally, while Tyler Richey, co-editor at Sevens Report Research, believes that if there was a surtax imposed, “it might incentivize companies to revisit their upstream operations in order to add revenue.”

In that case, “new oil supply coming back online in the U.S. is slightly bearish but imposing excess taxes on energy companies in the U.S. will not likely fix the supply and demand imbalance in the global market right now,” he said.

What’s more, Wyden’s plan would hit oil companies with a 25% stock buyback tax – which would apply to entities with at least $1 billion in revenue. It would expire at the end of 2025.

Mainstream Media Poses ‘Major Threat To Democracy’ According To Poll 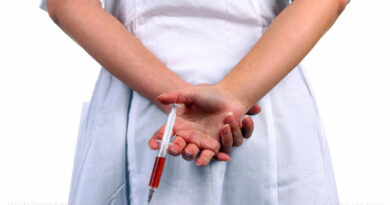