By Todd Maiden of FreightWaves

Freight shipments bounced back in May as transportation costs retreated from record highs, according to a report from Cass Information Systems.

The shipments component of the Cass Freight Index increased 5.4% from April (4% higher on a seasonally adjusted basis), which more than recouped April’s 2.6% decline. Compared to 2021, shipments were 2.7% lower “on a tough comparison.”

The shipments index is now on par with the 2019 downturn, up only 0.6% compared to May of that year. If normal seasonality holds, the index will be 2% higher year-over-year in June and flat to up 1% for all of 2022.

“The news from the retail sector and in the oil markets suggest that’s probably optimistic, but at this point, it’s a pretty stable environment, no major downturn,” Denoyer said.

Last month, retail heavyweights Walmart and Target both warned they were holding too much inventory, which would likely weigh on margins. Last Tuesday, Target cut expectations further for its fiscal second quarter as the company looks to “right-size its inventory.”

Increasing markdowns, culling excess inventory and canceling orders forced Target to cut its operating margin forecast by more than half for the period that will conclude at the end of July. The company still expects to perform at a level better than pre-pandemic averages in the back half of its fiscal year.

Cass’ expenditures subindex fell 4.9% (down 5.9% seasonally adjusted) from the record set in April. The index measures the total amount spent on freight. With shipments up more than 5%, that means rates were down 10%. However, the month-over-month “noise on rates is largely mix, with more LTL and less TL in the data set.”

Compared to 2021, May expenditures were up 27.5%. That was the lowest year-over-year increase in the subindex since March 2021. Tough comps to the prior year are in store for the rest of the 2022, which “will naturally slow these y/y increases.” For instance, the index was 56.4% higher year-over-year in June 2021.

Assuming normal seasonality the remainder of the year, the index would increase 19% year-over-year for 2022, versus an expected 24% full-year increase just a month ago.

Inferred rates, or expenditures divided by shipments, were up 31% year-over-year during the month but down 9.8% from April.

“It’s tempting to see this as a sign that freight costs have peaked, and on a y/y basis that is true, as inferred rates will slow all the way to 13% y/y in June on normal seasonality. Supply/demand fundamentals have certainly turned looser this year, so it wouldn’t be an unreasonable conclusion,” Denoyer said. “However, the drop was largely due to mix, and with fuel prices still adding upward pressure, the descent is not straightforward.”

He did say the recent decline in spot rates, excluding fuel, “portends a downcycle on the horizon.”

“2022 has featured a big improvement in driver availability and a flattening of freight demand. This is a deflationary combination, though it will take several months to filter from the spot market into contract rates.”

Inferred rates have also been propped up by incremental miles as freight has been forced onto the road due to a congested rail complex. However, with intermodal volumes “uniquely poised” to grow year-over-year in the second half of 2022, excess freight miles will be reduced, placing additional downward pressure on the inferred rates, Denoyer said.

“Growing evidence of weaker goods consumption, rising services substitution and rebuilt inventories, with some categories now overstocked, was perhaps the most impactful news in freight this month.”

He also noted that capacity is continuing to step higher as the industry has added 27,300 new trucking jobs over the last two months.

Data used in the Cass indexes is derived from freight bills paid by Cass, a provider of payment management solutions. Cass processes $37 billion in freight payables annually on behalf of customers. 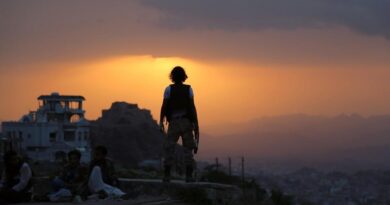