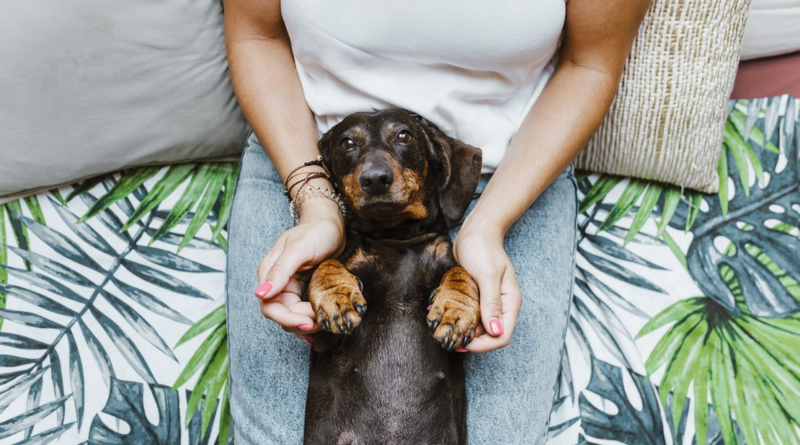 Living with a dog early in life may have a protective effect against Crohn’s disease, new research suggests.

Owning a dog has a beneficial effect on the gut microbiome.Getty Images

Letting the family dog slobber all over your child’s face may not seem hygienic, but research suggests it may provide an added layer of protection against Crohn’s disease for your little one.

An unpublished study presented at Digestive Disease Week in San Diego in May added to the ‘hygiene hypothesis‘ — the idea that exposure to germs as a child helps build a stronger immune system. Study researchers found that children who grew up with a dog or in large families were less likely to develop Crohn’s disease.

To conduct the study, which started in 2008 and is ongoing, researchers used questionnaires to collect information from more than 4,200 parents, siblings, or children of people who have Crohn’s disease. This high-risk group participated in the Crohn’s and Colitis Canada Genetic, Environmental, and Microbial Project, or GEM Project. After 5.6 years, 86 study participants developed Crohn’s disease. The team then looked at environmental factors — family size, whether participants grew up on a farm, drank well water or municipal water, drank raw or pasteurized milk, how many bathrooms they had at home, and if they lived with household pets (dog and cat).

“We really want to get a clearer picture of the environmental factors that either protect against or contribute to Crohn’s disease,” says Williams Turpin, PhD, the study’s senior author and a research associate with Mount Sinai Hospital and the University of Toronto. “That way we hope to develop interventions to reduce risks in the population.”

Turpin and colleagues focused on the family size and pet ownership of the study participants.

They tested gut function through urine tests that measure how much sugar passed through the colon. They found that exposure to dogs at any age was associated with better gut function. For people who had a dog between ages 5 and 15, the odds of developing Crohn’s dropped 40 percent.

But owning a cat had no effect. Those currently owning a bird had a slightly increased risk of developing Crohn’s disease. But, not enough people in the study owned a bird to say there was a clear association.

“One theory is that the way we interact with dogs is different from other animals,” says Dr. Turpin. “When dogs lick a child’s face, it offers early exposure to germs that the body learns to recognize so there’s not an aggressive immune response when you meet those germs later in life.”

That statement aligns with previous research, including a seminal study in Science that found that early exposure to germs was associated with protection from inflammatory bowel disease and asthma. Additionally, a letter published in 2021 in Frontiers in Immunology noted strong evidence from around the world that growing up around farm animals was linked to lower instances of asthma — an immune-modulated condition also associated with inflammation, just like Crohn’s disease.

Growing Up in a Large Family Could Help

The research team also observed that living in a household of three or more people as an infant was also linked with a 59 percent lower risk of developing Crohn’s disease. People born into a larger family also seemed to develop more microbial diversity later in life, which is usually considered a sign of a healthy gut microbiome later in life, says Turpin.

While the study revealed that living with dogs decreased your chances of developing Crohn’s, it did not show that people with dogs had more microbial diversity or a superior makeup of bacteria in their intestines.

“This part is very interesting because it suggests that environmental factors don’t shape what microbes we have, but it probably affects how strong certain microbes are that may elicit a pro-inflammatory or anti-inflammatory response,” says Aline Charabaty Pishvaian, MD, a gastroenterologist and the clinical director of inflammatory bowel diseases at Johns Hopkins–Sibley Memorial Hospital in Washington, DC, who was not involved in the study.

“A study like this is very thought-provoking and can show us some associations that are worth further examination,” adds Rabia De Latour, MD, a gastroenterologist and assistant professor of medicine at NYU Langone Health in New York City, who was also not involved in the study. “The hope is that other researchers will see this, get a spark of an idea, and carry out the research that will fill in the missing pieces.” With more evidence, there’s a better chance of finding ways to protect individuals from developing Crohn’s disease later in life.

In the meantime, Drs. Pishvaian and De Latour both recommend letting kids play outside and even get a little dirty, and reducing the use of antibiotics to help them develop a healthy gut microbiome and a stronger immune system.

“I always tell new parents to practice reasonable hygiene, but don’t stress when their baby puts her dirty hands in her mouth,” says Pishvaian. “The more your baby is exposed to, the better it will be for her developing system. It’s wonderful that one of the best ways to develop a healthy gut is just to let a kid be a kid.” 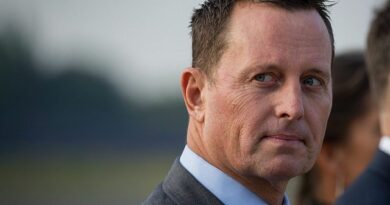