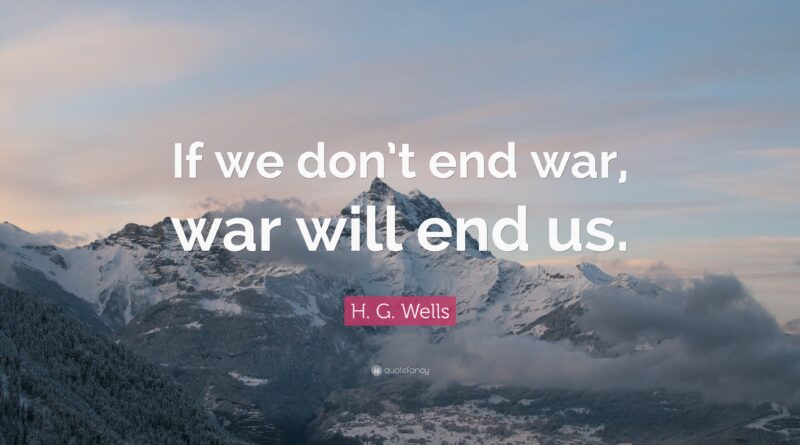 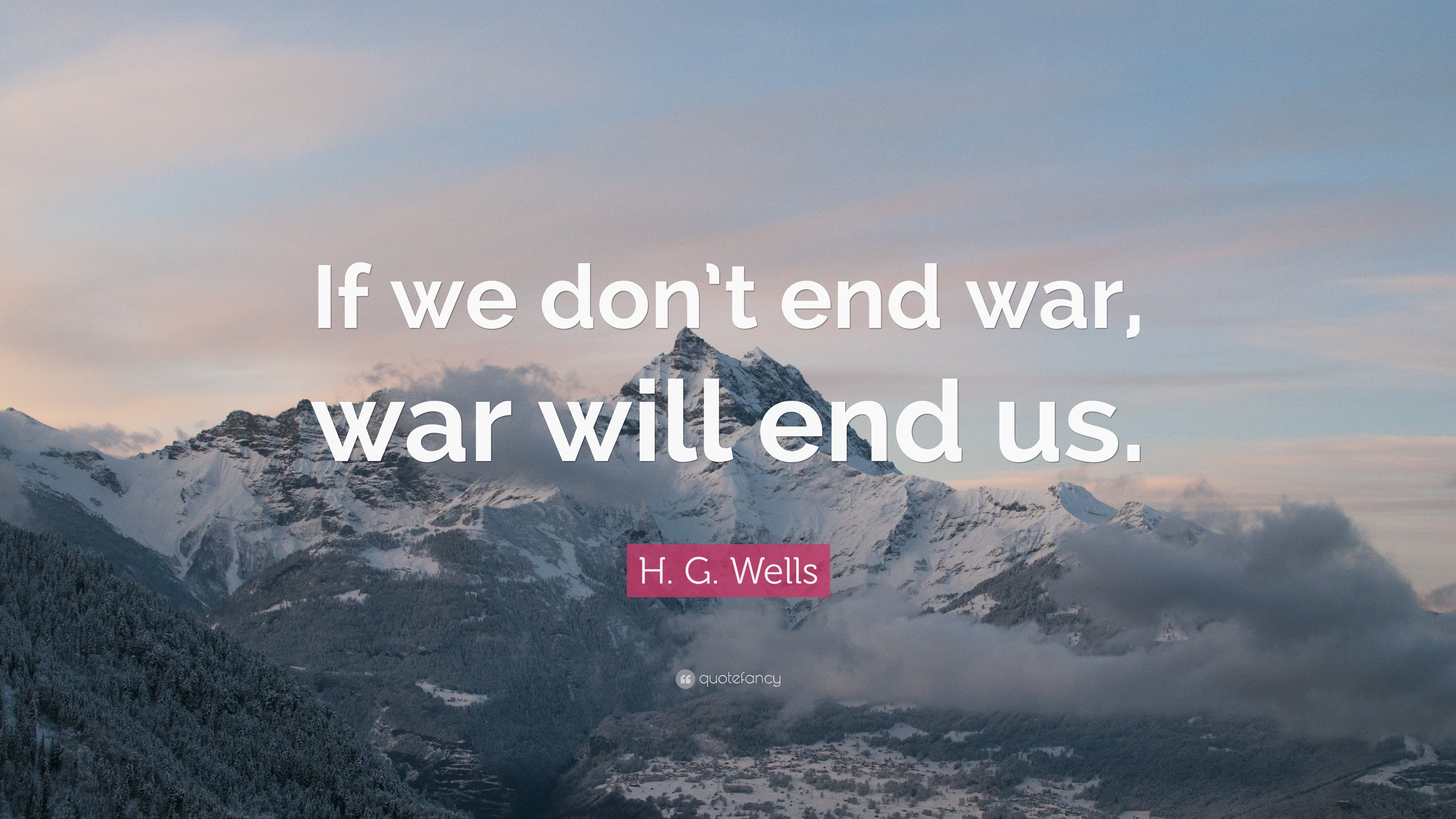 Europe now is stuck ‘up to the gills’ with wide-ranging economic sanctions on Russia, and unable to confront the consequences.

Emmanuel Macron irritated many people (just as Kissinger did at the WEF), when he said, ‘we should not humiliate Vladimir Putin’, because there must be a negotiated settlement. This has been French policy from early in this saga. More importantly, it is the Franco-German policy, and therefore it may end as the EU’s policy as well.

The qualification ‘may’ is important – as on Ukraine policy, the EU is more rancorously divided than during the Iraq War. And in a system (the EU system) that structurally insists on consensus (however much it is a confected one), when the wounds go deep, the consequence is that one issue can gridlock the whole system (as occurred in the lead-up to the Iraq war). If anything, the fractures in Europe today are wider and more acrimonious (i.e. acerbated by Rule of Law enforcements).

Whilst the tag ‘realist’ has acquired (in present circumstances) the connotation of ‘appeasement’, what Macron simply is saying is that the West cannot, and will not, maintain its current level of support for Ukraine indefinitely. Politics is intruding in all European states. In Germany, in France and in Italy too, there is a body of opinion against continued engagement in the conflict. Simply, the coming economic train crash is becoming all too apparent and threatening.

Boris Johnson’s rough ride in the recent confidence vote in the 1922 Committee may not have been explicitly linked to Ukraine, but the underlying indictments of Johnson’s Net Zero policies (viewed by Conservative voters as stealth-socialism), immigration and rising living costs, nonetheless certainly were.

Of course, ‘one swallow does not make a summer’. But Johnson’s dramatic collapse in popular standing, resulting from his economic belligerence towards Russia, is sending the European leadership in to a spin. “We are seeing panic in Europe due to Ukraine”, President Erdogan remarked.

What is notable is that for all Macron’s embrace of ‘European strategic autonomy’ in calling for a deal, he may be closer to Washington than are the London hawks. Yes, at the outset, the word ‘deal’ was vaguely present in American discourse, but then there followed a long hiatus in which, for about two and a half months, the narrative became solely: the need to bloody Putin’s nose.

The U.S. mood – the narrative – is turning, seemingly reconciled to more bad military news emanating out of Ukraine (with even quasi-neo-con Edward Luttwak throwing-in the towel, saying Russia will win, and that Donbass should have a say in its own fate).

Just as Johnson’s embrace of Ukraine is viewed as a desperate bid to summon the legacy of Margaret Thatcher’s Falklands War (Thatcher faced rising inflation and mounting domestic anger at her agenda, yet the victorious conflict over Argentina in 1982 helped power her to re-election), “Talk of the Ukraine crisis providing a ‘Falklands moment’ for Johnson – however – is simply fool’s gold for desperate Conservatives”, wrote Steven Fielding, a professor of political history at the University of Nottingham. It may prove ‘fool’s gold’ for Brussels too.

If there is something to be said about Macron’s call for a deal, it is that even a limited ceasefire deal – which probably is what Macron has in mind – would not be feasible in this toxic, polarised western atmosphere. In short, Macron is ‘out over his skis’. Ducks (to mix metaphors) first need lining-up:

America would need to walk back its vicious ‘hate Putin’ meme. They would need to pivot messaging to a ‘spin’ about the ‘win’ that might be inherent to talking with Putin, otherwise the very act of talking with ‘evil Putin’ will backfire in a flood of public acrimony. Macron has just had a taste of this.

A certain reset has already begun (either by design or reader boredom). Ukraine news hardly rates ‘above the fold’ treatment in U.S. media today. Google ‘war’ searches and links have fallen off a cliff. In any event, the Democratic Party clearly needs to focus on the domestic issues, inflation, firearms and abortion – the issues that will dominate the midterms.

Here’s the thing. The EU clearly is fractured, but so are the American security élites. Perhaps a drawn-out stalemate, a war of attrition, keeping both Russia and western Europe engaged with each other is preferred (not least by an emotionally engaged Biden) to a ‘deal’, but long war may no longer be available (if, as Luttwak suggests, Russia soon will win).

And would Biden, were he to opt to try for a Ukraine ‘deal’, be able to sustain – politically – anything less than a deal spun as a clear U.S. ‘win’? Is that even an option now? Almost certainly not. Moscow is not in the mood.

Would an offer of talks from Biden contain even a kernel of value to consider from a Russian perspective? Almost certainly not. If not, what’s there then to talk about.

Moscow says it is open to talks with Kiev. The Kremlin however, is not looking for a ‘way out’ (public opinion is dead-set against it). Call it ‘talks, if you will, but a better translation might be that Moscow is ready to accept Zelensky’s ‘surrender document’ under the rubric of ‘talks’ – no easy ‘win’ there for a Team Biden to tout to a sceptical American electorate!

Thus, in one sense, this ‘long war of attrition’ formula has certain ‘failure’ baked-in to it – for it was not military attrition, but the financial war that was configured as the West’s ‘first strike’ capacity. The “rouble would become rubble” almost immediately, as full-spectrum economic war collapsed Russia structurally (pulling down its will to fight in Ukraine). The warning to China (and others such as India), was expected to be stark.

At least that was the pre-war plan. Military action was never intended to be the ‘heavy lift’ for crushing Russia, but rather to act as the amplifier of domestic discontent as Russia’s economy crumbled under unprecedented sanctions. A Donbas insurgency, planned and prepared over eight years, was never supposed to get a ‘starring role’, precisely because the U.S. always imagined it likely that Russian forces ultimately would prevail. Nonetheless it became ‘the only game in town’. 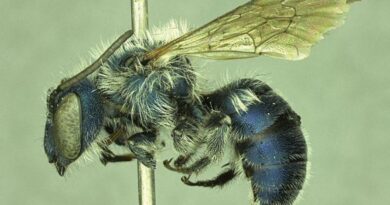 Blue bee feared to be extinct is found in Florida

Your Children Are Under Attack 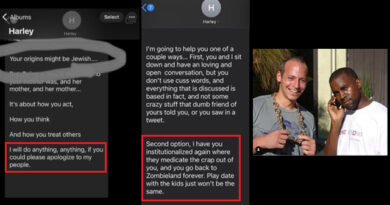