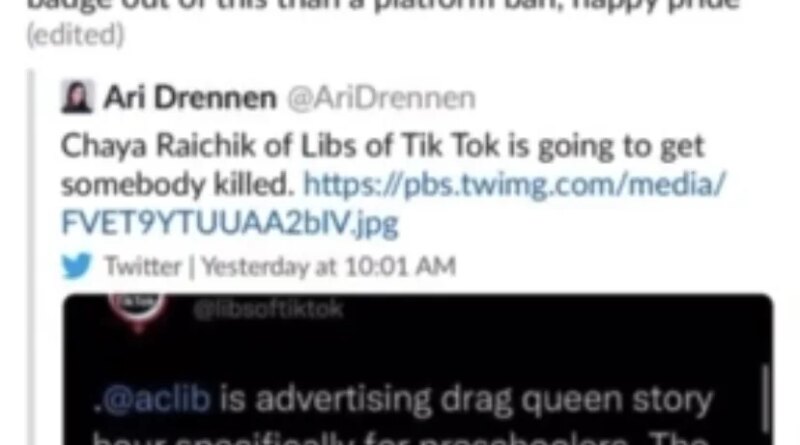 from Libs Of TikTok:

Conservative Twitter accounts are dropping like flies. Just today, Allie Stuckey was locked out for “hateful conduct.” Her crime? She criticized Fox News for celebrating a child’s gender transition. There was nothing hateful about her tweet. She wasn’t harassing anyone. She certainly didn’t call for violence. She merely dissented.

That’s all it takes.

Project Veritas recently exposed Twitter’s bias with undercover video of an employee admitting they censor conservatives. But we really didn’t need hidden camera footage. Their bias is blatant. It’d take effort to not see it.

We’ve experienced our share of it firsthand. It started in April when we got two back-to-back suspensions. Following those suspensions, the Left was emboldened. Knowing I wanted to remain anonymous, they went on a mission to expose me in the hopes of intimidating me into silence. This culminated with my being doxxed by Taylor Lorenz at the Washington Post.

Instagram got on the censorship wagon as well. They “mistakenly” disabled our account and reinstated it after realizing their “error.” Linktree suspended us, too.

We received our third Twitter suspension just last week for posting fliers of pride events. I had created a “mega drag thread” which documented the sharp rise in drag events for kids. It’s a disturbing trend; the Left has become obsessed with ensuring your 4-year-old has access to men dressed as women while dancing provocatively for cash. The fact that I was noticing—and drawing attention to how widespread this trend really is—seemed to trigger the Left. Big accounts on Twitter started calling for my suspension while labeling me a “domestic terrorist.”

The below Slack conversation between Twitter employees occurred today against this backdrop, and echoes some of the charges leveled at us by far left activists. It was shared with us by a Twitter employee, who wishes to remain anonymous. We verified the names and images of the employees before we obscured them.

There are a few tweeps (that’s what Twitter employees call themselves) involved in this exchange. As you can see, they’re weighing the pros and cons of banning us. One of them expresses concern that a ban will only validate the charge that Twitter is biased against conservatives.

The reference to Trump’s “successful” deplatforming is interesting. He was permanently banned for incitement to violence — the same charge the Left hopes will stick to us.

Concern is then raised about fiduciary duties, but an ultra-woke tweep fires back: “How dare you bring up fiduciary duties while trans people are literally being wiped off the face of the earth!” Like a good little ally, the rebuked tweep apologizes and promises to do better in the future.

Perhaps most remarkable is how they parrot the same lines we hear from far-left activists. There’s no debate about whether we’re actually terrorists, bent on exterminating the entire LGBT community. In their view, that’s just a given. They believe right along with the extremist activists that we exist “solely to generate targeted violence at marginalized people.” The only thing they’re willing to debate is what should be done about us. Do they take us out now for engaging in targeted genocidal violence, or wait for a more opportune time? U.S. Supreme Court Gives Police the Green Light To Preemptively Shoot and Kill Drivers They Fear Could Pose a Danger to Others With Their Car 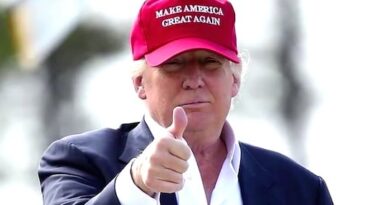 Top pollsters: Trump as ‘strong as ever’