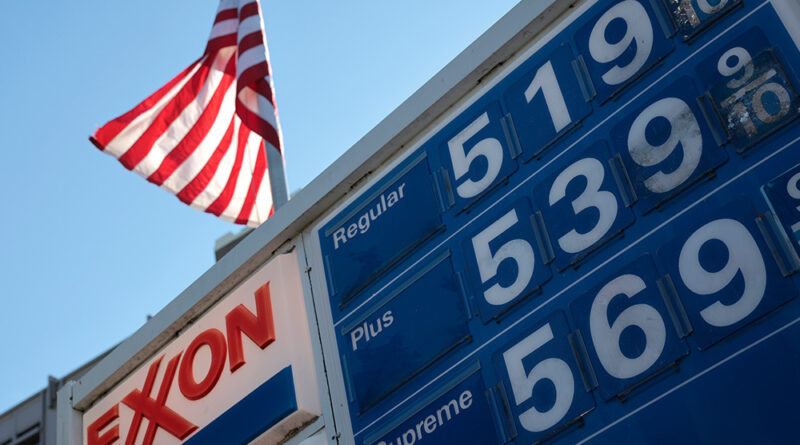 (Natural News) Fuel analyst GasBuddy, a tech company that operates apps and websites that find real-time fuel prices, announced June 9 that the average price for a gallon of regular gasoline reached $5. The firm tweeted that it is the highest ever recorded U.S.-wide gas prices.

“Gas prices have surged in recent weeks as U.S. gasoline inventories have fallen over 25 million barrels, or over one billion gallons, since the start of March amidst a global decline in refining capacity,” GasBuddy stated in a news release.

The said review also noted that demand for gasoline would increase this summer.

Data from automotive group AAA shows the price for a gallon now stands at $4.99, with the states of New York, New Jersey and Ohio already surpassing the $5-mark.

“In addition, U.S. refining capacity has fallen by some one million barrels per day over the last three years. All of these factors have created an environment ripe for a surge in gas prices. Americans balk at prices, but continue filling up as demand has seen little decline,” GasBuddy added.

Commerce Secretary Gina Raimondo told CNN on June 7 that the Biden administration has very few options to bring down the prices as she blamed the price increases to Russian President Vladimir Putin and the Ukraine-Russia conflict.

“The Energy Information [Administration], which is the entity that projects forward the price of gas the price of oil, has said that by the fall, it should be down to $4.27 a gallon, and by late this year, early next year, it will be down to $4 maybe under $4, maybe high $3 a gallon,” Energy Secretary Jennifer Granholm said during her CBS appearance the next day.

She added that there will be some relief on the horizon, but during the summer driving season, it is going to be rough. “We have such a demand and supply mismatch on the global market for oil,” the energy chief said.

Six oil refineries have already shut down, one more to follow by the end of 2023

It is undeniable that the impact of the pandemic on the oil sector is widespread. What could worsen the problem is the shutdown of six U.S. oil refineries, with one Texas petroleum refinery set to follow not later than December 31, 2023.

The six refineries had the capacity of about 801,000 barrels per day (bpd) of oil. They all stopped operations over the last two years amid the Wuhan coronavirus (COVID-19) pandemic as shown in the federal data.

Also, five refineries that could process 408,100 bpd of oil are currently idle. According to the data, this has been the largest number of idle refineries since 2012.

“The COVID pandemic really drove down gasoline and diesel demand, which accelerated some things that were already happening,” Geoff Moody, vice president of government relations at the American Fuel & Petrochemical Manufacturers, told the Daily Caller.

Meanwhile, the petroleum refinery based in Texas that produces more than 200,000 bpd may shut down earlier than expected.

The Houston facility, operated by LyondellBasell Industries, sits on a 700-acre estate and was built in 1918. It is scheduled to permanently close down by the end of 2023, but could stop operations earlier should a “major equipment failure” spread to major units. This is according to two people familiar with the matter, Reuters said.

“The Houston refinery is currently operating as planned,” the operator said on June 7. LyondellBasell announced in April that it would shut the refinery by 2024 due to the heavy financial burden of upgrading its more than 100-year-old infrastructure.

The Biden administration has reportedly considered addressing the declining refining capacity but has yet to act on the issue. (Related: Americans blame Democrats, Biden’s leadership as gas prices hit record highs.)

Watch this video about the surging gas prices in California months ago.

This video is from the Red Voice Media channel on Brighteon.com.

Widespread diesel shortages to affect everything in America and around the world.

Dear Dr. Robert Malone, I urge you to drop your lawsuit against Dr. Peter Breggin and Ginger Breggin