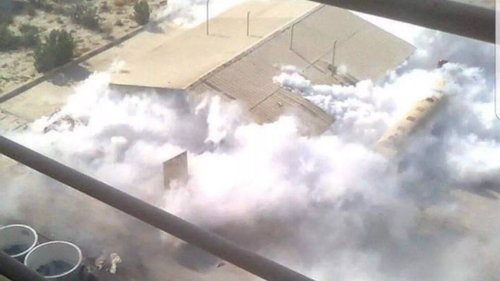 Over 100 have been injured after a large explosion ripped through a chemical factory in southern Iran on Monday, which injured over 100 people – most of them who may have inhaled ammonium or other chemicals that leaked from the plant.

Citing state media, the Associated Press reports that “a leak from an ammonium tank caused the blast on Monday evening in the southern city of Firouzabad in Fars province, located about 770 kilometers (480 miles) south of the capital, Tehran.”

Video circulated of large plumes of white and gray smoke plumes coming from the burning factory. Local authorities closed roads and alerted nearby residents over the potential chemical hazard.

“According to the chief of the provincial health department, Vahid Hosseini, out of 133 injured who were taken to local hospitals, mostly factory workers, 114 were later released after treatment,” the AP continues.

Mehr news agency identified that the site is a sodium bicarbonate plant – which is a common ingredient in cleaning and other household products.

Local authorities are citing leak in one of the chemical tanks as the likely initial cause of the explosion, but anytime there’s a major incident like this, it gives way to intense speculation among outside observers over Israel’s past acknowledged sabotage operations targeting sensitive nuclear, military, and industrial facilities.

The AP for example observes, “Sensitive military and nuclear sites in Iran have also been the target of attacks over the past years, which Iran has blamed on Israel.”

Aftermath of the chemical plant blaze, after firefighters put the fire out…

But there’s also the reality that after years of US-led sanctions, the Islamic Republic is struggling with ageing and failing parts and infrastructure.

“Iran occasionally reports incidents of fires or explosions at industrial sites affecting the country’s infrastructure that are mainly blamed on technical failures,” the AP notes. “Years of economic sanctions by the West have blocked Iran’s access to original spare parts and new equipment.” 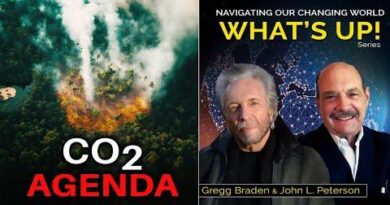 Gregg Braden – Why ‘THE POWERS THAT BE’ are so desperate to reduce carbon dioxide on OUR planet? 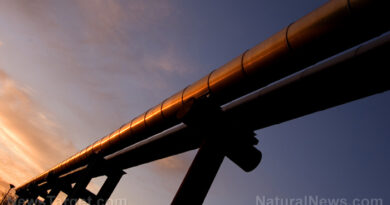