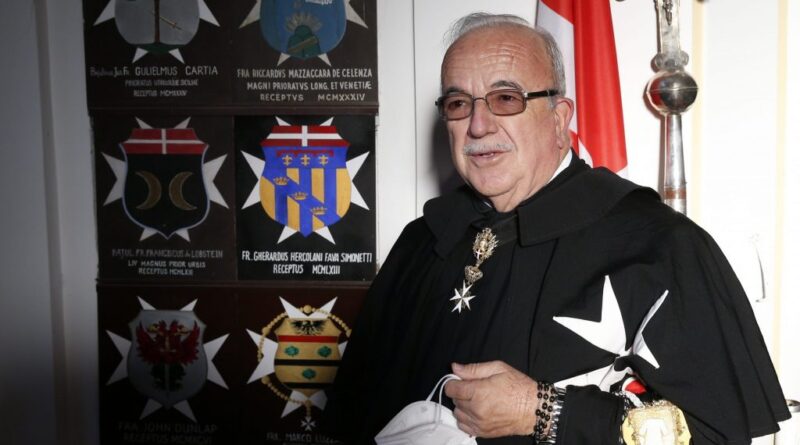 Donation in support of Leo’s work through Fundly: https://fundly.com/leo-lyon-zagami-channel  or https://www.gofundme.com/f/the-leo-zagami-show-lesule

Pope Francis grants an interview to the Jesuit review ‘La Civiltà Cattolica’, and shares his thoughts on the war in Ukraine, stating that “World War III has been declared” suggesting war in Ukraine was “perhaps in some way provoked” denying being pro-Putin and slamming the “cruel” Russian troops while holding in the meantime “secret” talks with Putin in the shadow of Ukraine crisis, and making sure the CIA and other agencies keep their hands of the Knight of Malta.

For this reason, Pope Francis, disrespectful of the constitution of the Order, nominated yesterday Fra’ John T. Dunlap, a member of the Sovereign Council, as Lieutenant of the Grand Master of the Sovereign Order of Malta after the suspicious death of CIA asset Fra’ Marco Luzzago on the 7th of June 2022, violating the legendary sovereignty of the nearly one-thousand-year-old Order that has always acted independently from the decisions of the Holy See.

The Sovereign Military Order of Malta (SMOM), officially the Sovereign Military Hospitaller Order of Saint John of Jerusalem, of Rhodes and Malta, was founded in 1048 by Amalfian merchants in Jerusalem as a monastic order that ran a hospital to tend to Christian pilgrims in the Holy Land. At the height of its power, and before the Jesuit takeover of the Vatican in 2013 they have been the biggest players in both the diplomatic and intelligence fields with numerous CIA heads and even US Presidents as members.

But things have changed in the last few years as the Pope has taken over the order as I pointed out in past articles:

Behind the scenes the Pope needs the complete control of the Knights of Malta and he has secretly opened a line of communication with the Kremlin and Vladimir Putin thanks to Prince Aimone of Savoy-Aosta, 6th Duke of Aosta one of two claimants to be head of the House of Savoy who resides in Moscow and has served since November 2019, as the Ambassador of the Sovereign Military Order of Malta to Russia a country with a long history with the Knights of Malta since the Russian Emperor, Paul I, gave the largest number of knights shelter in Saint Petersburg In 1798 after Napoleon led the French occupation of Malta, an action which gave rise to the Russian tradition of the Knights Hospitaller and the Order’s recognition among the Russian Imperial Orders.

In the meantime, tensions are indeed growing amongst the Knights of Malta against the nomination of Fra’ John T. Dunlap. In his letter of appointment, Pope Francis states that “the sudden departure of the Lieutenant of the Grand Master, Fra’ Marco Luzzago, a few months before the celebration of the Extraordinary Chapter General, brings the Order of Malta to a new moment of dismay and uncertainty.”

Pope Francis’ decision will allow the Order of Malta to accelerate the progressive reform process and return to an ordinary administration under a Grand Master soon afterwards as long as is a Jesuits agent first and not a CIA one.

Fra’ John T. Dunlap will be sworn in on 14 June in the Church of Santa Maria in Aventine in front of Cardinal Silvano Maria Tomasi and the Sovereign Council of the Order of Malta’s at the end of Fra’ Marco Luzzago’s solemn funeral and many member of the Vatican Illuminati will be present.