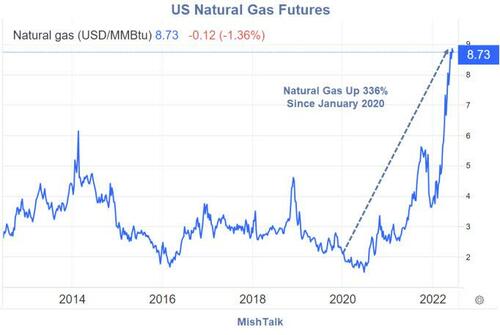 Some European Factories, Long Dependent on Cheap Russian Energy, Are Shutting Down

For decades, European industry relied on Russia to supply low-cost oil and natural gas that kept the continent’s factories humming.

Now Europe’s industrial energy costs are soaring in the wake of Russia’s war on Ukraine, hobbling manufacturers’ ability to compete in the global marketplace. Factories are scrambling to find alternatives to Russian energy under threat that Moscow could abruptly turn off the gas spigot, bringing production to a halt.

Europe’s producers of chemicals, fertilizer, steel and other energy-intensive goods have come under pressure over the last eight months as tensions with Russia climbed ahead of the February invasion. Some producers are shutting down in the face of competition from factories in the U.S., the Middle East and other regions where energy costs are much lower than in Europe. Natural-gas prices are now nearly three times higher in Europe than in the U.S.

De-Globalization: New Supply Chains Are Inefficient and Will Drive Up Inflation

On April 4, I wrote De-Globalization: New Supply Chains Are Inefficient and Will Drive Up Inflation

What I called “proposed” then is happening now.

The EU does not want to use Russian oil or natural gas.

So instead, the EU gets oil from Saudi Arabia and has turned to the US for liquid natural gas (LNG).

This economic madness is driving up the price of natural gas in the US as well.

The price of natural gas in the US has stabilized at a high level thanks to an explosion at a US LNG terminal. Instead of sending LNG overseas, it will be used here.

But that won’t last long. On June 10, NBC reported the Freeport liquefied natural gas terminal will be shut down for three weeks. [ZH: It has just bee reported that Freeport will be out of service for at least 90 days, which sent US NatGas prices hurtling lower, and EU NatGas prices soaring higher.]

Then we will resume taking US NG, liquefying it, shipping it across the ocean to the EU, enabling the EU to wean itself off natural gas at a very high price.

In response, Russia is busy building pipelines to China.

Both India and China are willing to take Russian energy.

Power demand surpassed 75 gigawatts at around 5:15 p.m., surpassing the previous record of 74.8 gigawatts in August 2019. Still, the state’s capacity remained well above that, according to the Electric Reliability Council of Texas.

Think things are bad under Biden? Get ready for the blackouts.

That headline is not at all surprising. But where it comes from certainly is.

The Washington Post reports Think things are bad under Biden? Get ready for the blackouts.

That’s right, just when you thought things couldn’t get worse, add rolling blackouts to the rolling disasters President Biden has unleashed upon the country. The Post reported Thursday that the United States won’t have enough power to get through the summer heat wave, leaving us at risk of widespread power outages — particularly across the Midwest region, stretching from Minnesota to Louisiana, which has enjoyed stable electricity for decades.

Over Twenty Million Households Struggle to Pay Energy Bills, It Will Get Worse

Yesterday, I reported Over Twenty Million Households Struggle to Pay Energy Bills, It Will Get Worse

On June 9, I commented Why Are Energy Prices High? Blame President Biden

It’s not “all” Biden’s fault, but he’s pretending to have zero responsibility. Expect a huge summer of discontent and politicians are largely to blame.

The very best thing Biden could do right now is end the sanctions and work out a deal to get Ukrainian wheat to the global markets.

The sooner we realize “Energy TINA” the better.

ISDS is the Globalists’ secret tool to undermine national sovereignty 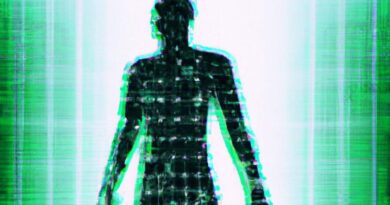