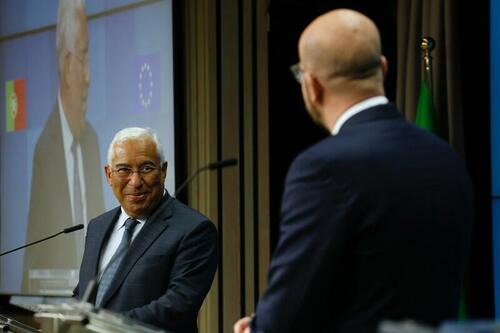 Portugal has pointed out what is perhaps obvious to all – at least what’s no doubt previously been quietly voiced behind the scenes in Brussels. “The best support that the European Union can give to Ukraine is to keep its unity,” Portuguese Prime Minister António Costa told the Financial Times in an interview. “The best we can offer is European unity.”

He further warned that Ukraine’s candidacy would threaten to divide the bloc and only give the now war-torn country with a smashed economy “false expectations”.

This past weekend the bloc’s chief Ursula von der Leyen indicated while on a surprise visit to Kiev, where she met with President Volodymyr Zelensky, that Ukraine will receive word on its preliminary bid for candidacy next week. She said her talks with the Ukrainian leader “will enable us to finalise our assessment by the end of next week.”

However, a number of Western officials have cautioned that the process is likely to take, “years” or perhaps even “decades”. French President Emmanuel Macron went so far as to point out in statements last month that Ukraine’s accession could take “several decades”.

This has perhaps caused other EU leaders to skeptically speak out, with latest being Portugal’s prime minster, who said further:

“My focus is to obtain in the next European Council a clear commitment on the urgent support and to build a long-term platform to support the recovery of Ukraine,” Costa described to FT. “This is my main priority. The most important is not legal debates about Ukraine but practical deliveries,” he emphasized.

On Saturday Zelensky attempted to preempt the arguments of the increasingly vocal skeptics within the EU, saying, “What else needs to happen in Europe to make it clear to skeptics that the very fact of keeping Ukraine outside the European Union works against Europe?” The Ukrainian president questioned again: “For example, everything is already obvious to the Russian occupiers. They say so when they torment our people that it is allegedly for the fact that Ukraine has gone to Europe. And why does Europe have skeptics then?“

Ukraine completed the 2nd part of🇪🇺 membership questionnaire. This true ‘book of 🇺🇦 statehood” in 9 volumes has been handed over symbolically to @EU_Commission on #EuropeDay.
We continue working with 🇪🇺 partners to ensure a positive decision on 🇺🇦 EU candidate status in June pic.twitter.com/HlSUpLSqgi

Zelensky then turned to a now all-too-familiar when speaking in front of Western audiences emotional appeal, seeking to connect the dire battlefield situation in the Donbas, where it appears Ukrainian forces are in retreat, to the supposed urgency of EU membership…

“No one can say now how long this burning of souls by Russia will last. But we must do everything to make the occupiers regret that they have done all this, and to hold them accountable for every murder and every strike at our beautiful state,” Zelensky said.

Looming large in the background, but which in the current climate of Ukraine-supporting war euphoria is perhaps hard for European officials to voice, is Ukraine’s notorious corruption, which though a front and center topic even in months running up to the Russian invasion (and a top reason often given when the NATO membership question was previously raised, including by US officials), has largely disappeared from media commentary and scrutiny. 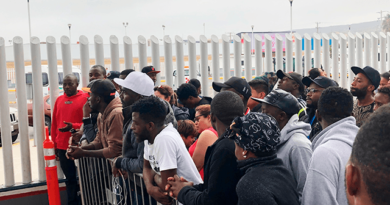