If you thought the technocrats had given up on their dystopian dream of “vaccinating” everyone and everything on the planet you’d be wrong.  They are designing, or possibly already have designed, “vaccines” to spread from one person to another — just like viruses themselves — rather than be injected into each individual “to trigger an immune system response.”

If that were the case, it would mean perhaps only five per cent of the UK population, or three million people, would need to be “immunised” reported the Daily Mail. And everyone else – people who have chosen to be vaccine free – would then “catch” the vaccine as it spread rapidly across the country in airborne droplets passed on via close contact with others, “just as colds and flu already spread.”

Around a dozen research institutions in the U.S., Europe and Australia are already investigating the potential for self-spreading vaccines in the wake of the coronavirus pandemic.

Most of the research is on animal-to-animal or animal-to-human spread, with human research so far focusing on whether the idea is safe in principle.

The research is being subsidised by high-profile funding organisations, including the U.S. National Institutes of Health (the country’s main medical research agency).

To make a transmissible vaccine requires finding ways to package the virus or bacteria so it can be easily transmitted from one person to another, but without causing serious illness.

One of the most advanced projects [using self-spreading vaccines], [is] funded by the U.S. Defence Advanced Research Projects Agency, [which] is looking at ways to protect U.S. military serving in West Africa against Lassa fever.

The vaccine that spreads immunity by passing itself on like a virus: Researchers investigate potential for self-spreading, needle-less inoculations in wake of Covid pandemic, Daily Mail, 22 February 2022

There are two options to achieving their “vaccine” that spreads like a “virus.”  Both involve genetically engineering a pathogen and administering it by either injecting it into people or people inhaling it.

The first option is to engineer in the laboratory a very mild form of the virus and the second is to package DNA from a “dangerous new pathogen” inside a relatively harmless but highly contagious virus. With either strategy, vaccines would only need to be given to small groups of people from different parts of the country, who would then infect those in their local community.

The Daily Mail report goes on to say that in a 2019 paper prepared for the Department of Health and Social Care (“DHSC”), officials mapped out a hypothetical case to show how releasing a self-spreading flu vaccine into the UK population could be used to reduce illness and save lives.  The paper calculated that to protect all 67 million Britons, only 2.3 million (roughly 5 per cent) would need to be infected with a transmissible vaccine.

The DHSC paper notes: ‘Self-spreading vaccines are less lethal but not non-lethal, they can still kill: “Some people will die who would otherwise have lived, though fewer people die overall. The other issue is there is no consent (for vaccination) from the majority of patients.”

Dr Filippa Lentzos, a senior lecturer in science and international security at King’s College London, warns of the danger that the science behind self-spreading vaccines could be hijacked to make biological weapons. “Such a self-spreading weapon may prove uncontrollable and irreversible,” she says.

Last week, the Bulletin of the Atomic Scientists wrote: “Scientists in Scotland recently penned the latest instalment in the literature about the quest for self-spreading vaccines, inoculations that could move through animal populations like a disease, but instead of illness, spread immunity.”

University of Glasgow researcher Megan Griffiths and her colleagues identified a herpes virus that might be turned into a vehicle known as a viral vector to spread a rabies vaccine among South American vampire bats.

Scott Nuismer, a biologist and leading figure in self-spreading vaccine research, said of this latest development that it “moved us closer to the point where these challenges” in deploying a “vaccine” can be solved.

However, as the Bulletin of the Atomic Scientists noted before delving into details of the benefits and risks, self-spreading vaccine technology is inherently risky. Once let loose, the vaccine could recombine with human pathogens. Also, it could help malicious actors create viruses capable of causing pandemics.

There are a small but growing number of people who are considering the possibility that the two most common words the technocrats use relating to epidemics and pandemics – “vaccine” and “virus” – are interchangeable. Self-spreading “vaccines” seem to provide some indication this could indeed be the case.  Should we possibly be considering a theory, in addition to Germ Theory and Terrain Theory, that should be publicly debated, that is: that a virus and a vaccine have the same origins, the same nature and the same purpose?

However, regardless of whether we believe in Germ Theory, Terrain Theory or any other theory about the nature or origins of “viruses” and “vaccines” we can all agree that the aim of “vaccines” becoming “viruses,” infecting us without our knowledge or consent, is not for our benefit nor our health. 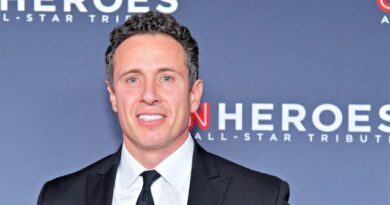 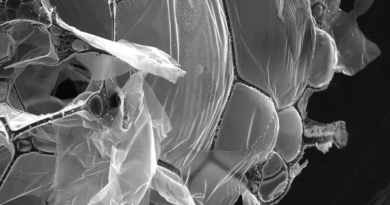