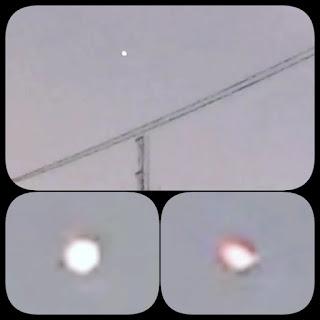 On April 22, 2022, a Venezuelan national who has been living in Peru for the past three years was able to record the transit of a luminous object over the city of Piura, near the Ecuadoran border. The event occurred shortly before nightfall.

The witness, a publicist, but currently employed in food services, said the appearance of the object, which she initially took to be a shooting star, took her by surprise.

“That afternoon I happened to be leaving a cybercafé in downtown Piura. While waiting for the light to change so I could cross the street, I saw what I took to be a very bright star fly by, with a diminutive tail,” said Yerelin Cutolo.

Thanks to the object’s strange behavior, she was able to record it. “That thing was coming head-on in a straight line, and it suddenly moved up, then down, turned left and made a full stop. That’s when I took out my cellphone and began recording,” she explained.

This event was completely illogical for Yerelin, and she leaves it open to interpretation. “That thing was flying far too high and fast. A shooting star doesn’t do that, neither do drones and satellites. Each can draw his or her own conclusion,” she said.

Following this experience, she recognized that she had held a mistaken belief about the audiovisual material available on the web, showing UFO evidence. “I tried to record it as best I could. I even tried to avoid talking, but the result is beyond my skill. My apologies to those whom I always criticized for not recording sharper UFO videos. I now understand why.”

A report from Héctor Escalante

[Translation (c) 2022 S. Corrales, IHU with thanks to Héctor Escalante] 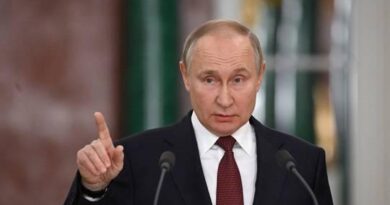 Nothing that our adversaries predicted has happened – Putin