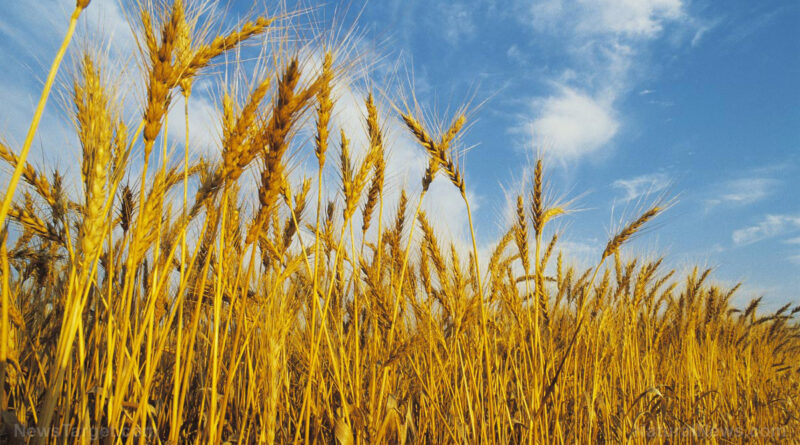 (Natural News) It could soon be difficult to obtain wheat as poor harvests, failed trade deals, persistent inflation, and ongoing supply chain problems all coincide to create a perfect storm for famine.

The price of wheat just jumped by the highest amount in nearly a month, reports indicate, increasing another 5 percent. U.S. yields have been dismal, making an already bad situation worse, and India and Egypt are now attempting to forge a grain-for-fertilizer swap agreement that will put global supply under even more pressure.

Last Friday, Chicago wheat futures closed at $10.45 per bushel and this week jumped 5.4 percent to $10.95. This is higher than a recent United States Department of Agriculture (USDA) prediction that wheat would reach $10.75 per bushel due to tight supply.

So far this year, wheat prices have increased by 40 percent. The media is blaming Russia’s invasion of Ukraine, as both countries are major producers of wheat and other grains, much of which is exported to other countries.

Next year’s plantings are also being disrupted by the ongoing conflict, which means the situation is only expected to get worse. (Related: There is a global “wheat war” underway – are you prepared?)

Is the world about to enter a global famine?

Bad weather in many parts of the world is also receiving blame for high wheat prices and supply shortages. India recently saw a major heatwave that devastated crops, and the U.S. is seeing extreme weather coupled with drought in some areas.

The USDA predicts that U.S. wheat production will fall to 1.729 billion bushels this year, down 4 percent from the five-year average of 1.806 billion bushels.

“For 2022 / 23, slightly larger production is projected compared to the previous year but this would still be the second lowest in the last 20 years based on pervasive drought in major hard red winter growing areas,” the USDA’s May 2022 outlook explains.

Meanwhile, India just banned all grain exports to protect its own food security, which will cut into global supply. The Russia-Ukraine conflict has also blockaded nearly 4.5 million tons of wheat at Ukrainian ports, which is driving up prices and creating shortages.

The India-Egypt deal, which is still being considered, would allow Egypt to import wheat from India in exchange for fertilizer and other products. This country-specific trade proposal would help the two countries while disadvantaging others that would normally being involved in such trade.

“The trade deal would see 500,000 tons of wheat shipped to Egypt from India, which typically does not export much production, despite being one of the world’s biggest growers,” reports Strange Sounds.

Export bans are also affecting other commodities such as beef and palm oil, both of which are facing inflationary pressures. Various industry experts are also sounding the alarm about the corn market also being impacted by the current crises.

“Bread shortages now? My money was on the Twinkies,” wrote someone at Natural News about where all of this is heading.

“What happened to America’s breadbasket?” asked another.

“Drought is playing a role and a record amount of farmland is being paid to sit fallow,” responded another. “Yes, there is a lot of potentially farmable land but we are not in a position to play bread basket this year. Have you seen the price of a loaf lately?”

At Strange Sounds, someone pointed out that this once again shows the failure of monocropping as farmers rely solely on one or just a few single cash crops instead of diversifying to prevent these types of supply issues.

The latest news about food inflation can be found at FoodCollapse.com.

Over Twenty Million Households Struggle To Pay Energy Bills, It Will Get Worse

Uranium: The Fuel For Clean Energy