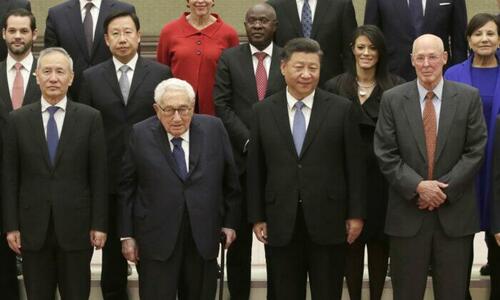 Authored by Michael Washburn via The Epoch Times (emphasis ours),

Beijing’s well-documented abusive trade practices, human rights abuses, and territorial aggression have been hard to curb partly because of a lack of alignment between the political and military leadership of democratic nations, on the one hand, and Western business elites engaging in trade with China, on the other, said panelists at a hearing held by the American Enterprise Institute think tank on June 14.

American and European executives tend to allow Beijing’s leaders to lull them into a sense that China’s government is their friend, and changing this false sense is of paramount importance for taking effective action against the Chinese Communist Party’s (CCP) aggression and protecting the national security and economic and political interests of Western powers, the experts said.

Entitled “Defending Western Economies Against Chinese Unfair Practices,” the hearing featured lengthy testimony from Rep. Darin LaHood (R-Il.), who issued a stark warning about what he sees as the danger China poses to the world.

But even as Beijing’s rulers harbor ambitions inimical to the interests of the United States, the close economic ties between the powers often prevent some people from seeing the issue clearly, LaHood argued. In the 18th Congressional district in central Illinois that he represents, LaHood said, the livelihoods of his constituents are heavily dependent on trade with China.

“I have the eighth largest agricultural district in the country. About a third of the corn and soybeans that my farmers grow go to China every day. I have the largest concentration of Caterpillar workers anywhere in the world. In my district, we make a lot of engines, tractors, and excavators,” LaHood said.

Caterpillar has 29 manufacturing plants as well as four R&D facilities in China, he pointed out. Given these realities, there is an obvious disconnect between much of the rhetoric heard in Congress, where lawmakers are calling for a Cold War mindset to counter the CCP threat, and the day-to-day reality of a close economic partnership between American laborers and Chinese businesses.

If the arguments made at the time that China gained entry to the World Trade Organization (WTO) back in 2001 had proven true, and admittance to the body had ushered in a more rules-based, Western-style trading system for China, then the disconnect between the political and economic stances would not be so severe, LaHood contended. But the promises made at the time that Beijing sought entry to the WTO have proven hollow, he said.

“Overall, they have not adapted to the rules-based system. They continue to steal our intellectual property, they continue to not abide by the same rules and standards that every industrialized country in the world does,” LaHood commented.

China’s elites have grown highly adept at flattering the egos of American business leaders and representatives and keeping the economic relationship deeply entrenched and at odds with U.S. political goals, said James Palmer, the deputy editor of Foreign Policy, a Washington-based magazine. American entrepreneurs feel drawn by the “gravitational pull” of a Chinese market of 1.3 billion consumers and the enormous commercial potential they see there, and the lure of tremendous profits mutes the reaction of U.S. business leaders to rampant abuses such as intellectual property (IP) theft, he said.

The stealing of IP by Chinese entities has cost the United States an estimated $225 billion to $600 billion per year in recent years, according to the Commission on the Theft of American Intellectual Property.

“We’ve seen an unwillingness to cooperate with theft, but none of that really dissuades businesses from wanting to get into [the Chinese] market, to get the benefits of cheap labor, and cheap labor unencumbered by unions, because if there’s one thing the CCP hates, it’s unions,” Palmer said.

When American businesspeople travel to China, they often prove susceptible to assurances about the centrality of the U.S.-China economic partnership and to flattery about their own role in sustaining it, Palmer suggested. It is important to look closely at the way the CCP has targeted Western executives for these kinds of psychological ploys, he said.

“You arrive in Beijing, you go to the Shangri-La Hotel or the Mandarin Oriental, you’re in a five-star hotel, and you’re surrounded by pleasant young Chinese people who tell you how important you are, how important the U.S-China relationship is, how critical business is to them, and how there are extremists on both sides but you can be the one who speaks to moderation, who becomes the bridge,” Palmer said.

“And then you come back and you say in [Washington] D.C., oh, the Chinese are really such reasonable people. And you effectively turn yourself into a lobbyist” for the CCP, he added.

Palmer described this kind of soft offensive targeting American businesspeople as difficult to counter because it is of course not possible or, objectively speaking, desirable to prevent friendly conversations between Chinese and visiting Americans. Business and political leaders must put effective tactics to use. Palmer cited the example of the U.S. sanctions placed on smartphone and high-tech equipment maker Huawei in 2019 as an example of an effective means of responding to abusive Chinese practices.

“Huawei provided us with some very useful models for sanctions, and sanction tools that have been revitalized and used against Russia,” Palmer said.

Economic decoupling can also take place as a result of Beijing’s own initiatives, he added. This happens when Chinese officials suffer “internal paranoia” about U.S. influence, or what CCP leaders regard as “American cultural and economic infiltration,” he continued. An example of this is evident in the entertainment industry, where American-made films have a hard time getting past censors screening cinematic product.

“Hollywood for years was a prime example of an American industry that would do whatever Beijing said in order to gain access, but so few movies are getting permission to get into China now that this is starting to have an effect on Hollywood,” Palmer said. 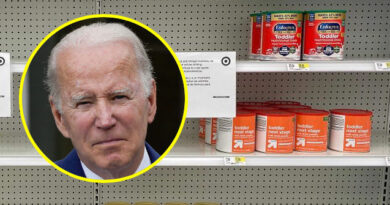