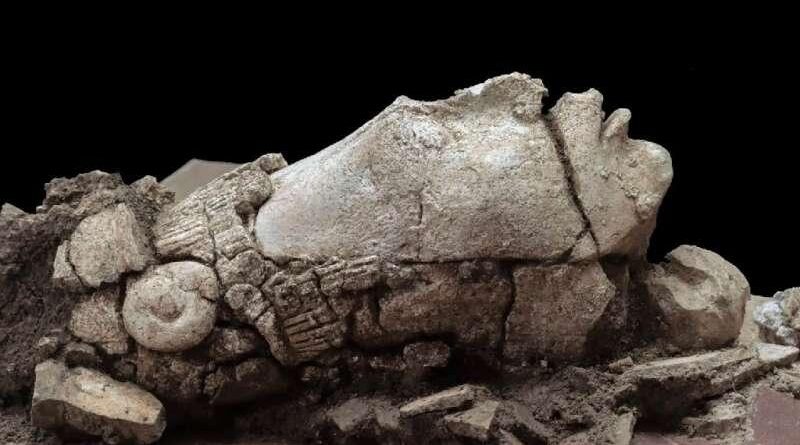 Archaeologists have uncovered a roughly 1,300-year-old sculpture representing the head of a Mayan maize god in ruins in southeastern Mexico, the National Institute of Anthropology and History said.

The artifact was found in Palenque facing east to west, “which would symbolize the birth of the maize plant with the first rays of the sun,” it said in a statement Tuesday.

A sculpture representing a Mayan maize god dating back 1,300 years was discovered in the ruins of Palenque in southeast Mexico.

The sculpture was part of “an offering that was placed on a pond, emulating the entrance of the deity to the underworld, in an aquatic environment,” the institute added.

The discovery “allows us to begin to know how the ancient Maya of Palenque constantly relived the mythical passage of the birth, death and resurrection of the maize deity,” said researcher Arnoldo Gonzalez Cruz.

As the piece was found in humid conditions, it is in the process of gradually drying out before it is restored, the institute said. 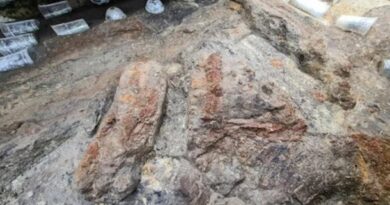 Most exciting finds from the Gjellestad Viking ship so far 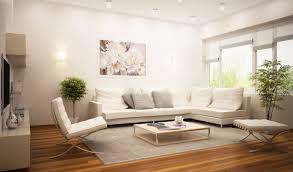 What happens when you die? Most interesting… 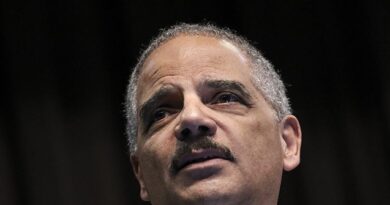 Holder: There Will Be ‘High-Level Prosecutions of People Close to Donald Trump’