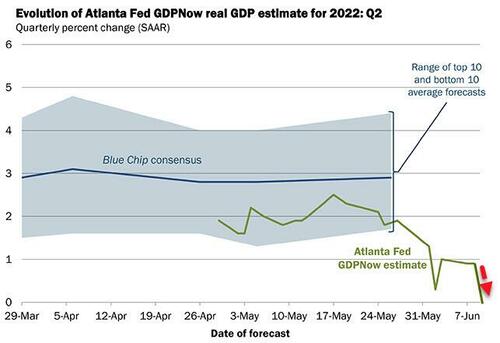 Curious why stocks are soaring today ahead of an expected 75bps rate-hike by The Fed (further tightening financial conditions as QT starts shrinking the Fed’s balance sheet)?

The answer comes courtesy of the Atlanta Fed which just confirmed the economy is in technical recession.

After a week of rampant jawboning to adjust the market’s expectation for The Fed’s actions later today (after last Friday’s unexpected resurgence in CPI), the continued erosion in economic data (most notably retail sales this morning) has prompted The Atlanta Fed to slash its forecast for Q2 GDP growth from +0.9% to 0.0%, meaning the US is now right on the verge of a technical recession (after Q1’s contraction).

This may be enough for negative Q2 GDP

In short: the US consumer is getting tapped out, just as we have been warning repeatedly.

And longer-term, the trend towards stagflation could not be clearer…

And thus increasingly problematic for The Fed, as the jawboning is driving rate-hike expectations higher once again

Meaning The Fed is now hiking rates into a recession… and the market is already pricing in 2-3 rate-cuts to address that recession. 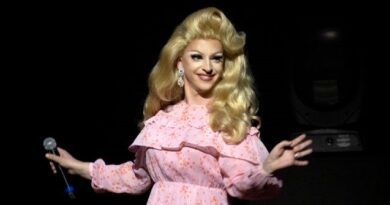 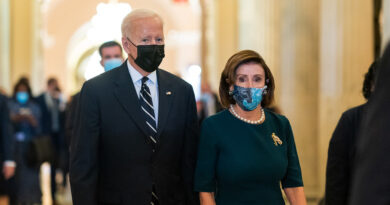