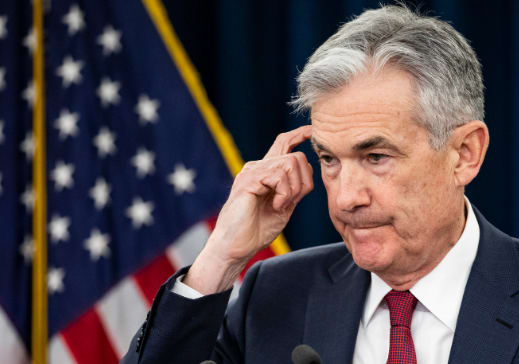 Friend of Fringe Finance and well known financial news contributor – as well as 38 year veteran of markets Kenny Polcari has been kind enough to share his most recent thoughts on the market with our readers.

I’ve been lucky enough to be friendly with Kenny for about a decade now, and he was the first guy to ever take me on what I can only describe as an unauthorized tour of the NYSE trading floor, where I got to personally tell several confused specialists and market makers that the Chinese names they were trading were frauds that didn’t even exist.

The tour didn’t last as long as I would have liked, to say the least. But I’ve always appreciated Kenny’s willingness to welcome people into his busy world for nothing in exchange, and his decades of experience, which gives you a pulse on markets that only time can help you recognize.

For those who aren’t familiar with Kenny or don’t recognize him from TV, he is Managing Partner of Kace Capital Advisors, Chief Market Strategist at SlateStone Wealth, and a Managing Director at Campfire Capital a boutique investment bank. He started his career on the floor of the New York Stock Exchange (NYSE) as an institutional broker back in the early eighties when the march of electronic trading was already taking its first steps, and the great bull was first learning to run.

The post has been lightly edited for punctuation and grammar.

Good morning. Well, it is here; in just hours the Fed will make the next announcement. Will rates rise by 50 bps, 75 bps or even 100 bps?

Investors/traders and algo’s continued to debate that very question over the last couple of days because suddenly the story line changed. What was all set in stone suddenly got thrown into a tailspin as inflation showed no signs of slowing down and, in fact, is showing signs of continuing to heat up.

The Friday CPI report set off a new round of angst and concern, and the yesterday’s strong PPI report also suggests that we can expect inflation to remain elevated at least for the foreseeable future.

The PPI (Producer Price Index) rose by 10.8%, slightly below the expectation of 10.9% but still at 40 yr. highs – and this is sure to continue to keep consumers, the Fed, and the administration on edge.

Then the sudden change of plans hit the tape on Monday morning just 2 days before the Fed’s announcement and that is what set the place on fire. You see, [Powell] kept telling us that they had it under control, that they would need to raise rates by 50 bps for at least the next two meetings, and then sit back and watch – that year end rates should be in the 2.75% – 3% range.

They hammered that message home for weeks even as so many street analysts/strategists (myself included) questioned it.  All the big banks falling in line – telling the same story as they teamed up with the Fed to try and calm the markets.

But that is not going to be how the story gets written. The Fed has been backed into a corner that they cannot get out and now they are losing credibility.

The surprise story in Monday’s WSJ laying it out: the members of the FOMC (Federal Open Market Committee) are nervous and concerned and the 50 bps story isn’t gonna make it happen, so what can they do?

[QTR Note: I wrote about this months ago in a piece called “The Fed Is Scared Shitless”]

Today’s post is free, but if you have the means and would like to support the blog, I’d be humbled if you became a subscriber: Subscribe now

The Fed had promised the markets that they had it under control and no one should worry, but that is no longer the case, they had to change the narrative and they needed to do it quickly.

Conveniently, they leaked a story about having to become more aggressive, that raising rates by 75 bps is what needed to happen and then they called up all the big investment banks to get them to fall in line and support the new narrative. Nearly every big bank has now fallen in line and changed their view about what should happen today. It is funny how they do that or risk getting boxed out! This created all kinds of drama on Monday and that saw markets decline by more than 3.5% and then struggle again on Tuesday. By the end of the day yesterday the Dow lost 150 pts, the S&P lost 15 pts, the Nasdaq gained 20, the Russell lost 7 and the Transports added 275 pts.

So here is the how we stand at 6 am on Wednesday. After all of the drama, the Fed is backed into a corner – they have to raise rates by at least 75 bps otherwise they will be viewed as completely impotent. In my opinion – a 50 bps move will now cause investors/traders and algos to hit the sell button because it will be viewed as weak.

A 75-bps move is what the investors now expect, and this should help markets stabilize if not attempt to move a bit higher in what some tell us is an oversold condition. This expectation being fed by all the drama created in the last 48 hours.

Now look, the story should have always been about a 75 bps or even a 100 bps move all along – inflation has been surging and there are no signs of it abating and if inflation is now the Fed’s number 1 issue – then make it the issue and fix it. [Powell] and the Fed (once again) misjudged the current environment and misjudged investor reaction.

The story coming out of the Fed was mixed with some sticking to the plan while others pushed for the Fed to be more aggressive – but [Powell] is the chair and, in the end, he has to tell and sell the story.

Futures are up this morning – nothing dramatic, but they are up as the reality of a more aggressive Fed takes root.

“Look, we screwed up – we kept rates too long for too long, we bought too many bonds for too long and now we have woken up the monster, so now we have to reverse course and do it quickly or risk the 1980s’ style economy defined by one word – stagflation – persistent high inflation combined with stagnant demand and rising unemployment.”

If the Fed fails to navigate this properly, the risk is a ‘crash landing’ and that risk is rising every day, no matter what they tell you.  The consensus now is for us to see 2 – 75 bps rate increases that takes us to 2.5% by September and then a new look.

What will the macro data show over the summer?  Will 2 aggressive hikes make a difference and allow the Fed to go back to 25 bps hikes thru year end or will they need to continue being more aggressive?

The consensus is for Fed fund rates to be closer to 3.5% – 3.75% by year end – which really means we need 3 – 75 bps moves or some other combination of hikes to get us there in what some describe as a desperate move.

The 10 yr. treasury ended the day yielding 3.4% and they haven’t even started reducing the balance sheet with any real intent. And as investors recognize that the ‘buyer of last resort ‘ is no longer hanging around – what do you think happens to bond prices?

As bond prices decline, bond yields will continue to go up until the Fed halts rate increases, and with at least 4 more hikes after today, we can expect that 10 yr.  yields will be somewhere in the 4’s by year end., 30 yr. mortgage will be closer to 7% and housing will stall and begin to back off., taking out lots of the fluff that was created by artificially low rates for way to long. And do not forget, higher rates affect everything: mortgages, revolving credit, HELOC’s (Home Equity Lines of Credit), auto loans – everything.  So, expect all of those payments to go up which will put more and more pressure on consumers and the economy.

[QTR’s note: As Kenny said this spring, it still feels like “…now is the time to grab your coffee and stay awake.”]

You can Tweet Kenny at him @kennypolcari on Twitter, visit Kace Capital Advisors, connect on LinkedIn, or check out his blog at kennypolcari.com.

The information contained in this post and on Kenny’s websites are provided for informational purposes only, and should not be construed as financial advice, nor are they intended as a source of advertising or solicitation. The transmission and receipt of information contained on this Web site, in whole or in part, or communication with Kace Capital Advisors via the Internet or email through this website does not constitute or create a fiduciary relationship between us and any recipient. You should not send us any confidential information in response to this webpage. Such responses will not create a fiduciary relationship, and whatever you disclose to us will not be privileged or confidential unless we have agreed to act as your financial consultant and you have executed a written engagement agreement with Kace Capital Advisors. The material on this website may not reflect the most current developments. The content and interpretation of the topics addressed herein is subject to revision. We disclaim all liability in respect to actions taken or not taken based on any or all the contents of this site to the fullest extent permitted by law. The information in this website should not be viewed as an offer to perform services in any jurisdiction other than those in which Kace Capital Advisors is licensed to practice. No past results serve in any way as a guarantee of future results.

I have no business relationship with Kenny or Kace. I post his opinions with his permission because I believe his experience makes him a voice worth hearing from. As usual, I am not a financial advisor and this is not advice. I get shit wrong a lot. I may have positions in named mentioned in this article and may buy, sell or transact in them at any time.