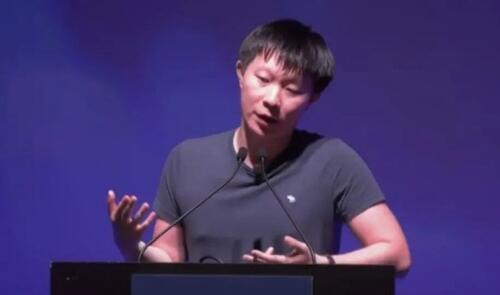 The crypto bloodbath that has claimed Terra Luna and Celsius may be about to hit one of the largest hedge funds in the space.

Dubai-based Three Arrows Capital (3AC), raised eyebrows on Tuesday when it liquidated at least $40 million of “staked” Ether (stETH), making it the largest seller of the token in the past week, according to The Defiant.

The firm, which has backed Avalanche, Solana, Terra and a $100M NFT fund launched last August, did not immediately respond to a request for comment. On Twitter, co-founder Su Zhu said that his firm is in touch with counterparties and is committed to resolving the situation.

Cracks began to form after stETH – which has historically traded with ETH – began to “de-peg” last week, causing the Celsius Network – a “centralized, one-stop-shop for crypto investors and traders” – to freeze customer assets so that it could “honor, over time, its wathdrawal obligations.”

Meanwhile, Danny Yuan of Hong Kong–based cryptocurrency trading firm 8 Blocks Capital wrote in a post: “We trade in one of 3AC’s trading accounts. This morning they took about [1 million] out of our accounts,” adding “I hope you pay us back asap.”

We trade in one of 3AC’s trading accounts. This morning they took about ~1m out of our accounts. I hope you pay us back asap. https://t.co/78Nxz72oIu

Trouble began to swirl earlier in the week, after 3AC’s Zhu removed all mention of investments in ETH, Avalanche, Terra, Solana, Near Protocol, Mina, DeFi and NFTs from his Twitter bio, as noted by Cointelegraph.

More via The Defiant:

But hawkeyed observers have noted Celsius was not the largest seller of stETH over the past several days — not by a long shot.

“People think Celsius is the biggest stETH dumper but its 3AC and it isn’t relatively close,” crypto trader MoonOverlord wrote. “They are dumping on every account and seed round address they have, most looks like its going to payback debts and outstanding borrows they have.”

people think Celsius is the biggest stETH dumper but its 3AC and it isnt relatively close, they are dumping on every account and seed round address they have, most looks like its going to payback debts and outstanding borrows they have pic.twitter.com/9bZnmTXQzj

Three Arrows’ stETH fire sale began in May, right after the collapse of Terra’s UST stablecoin, according to DeFi analyst DeFiyst. According to The Block, $400M of Three Arrows’ positions have been liquidated already. Crypto analyst Onchain Wizard reports that another $300M is at risk of liquidation on Aave and Compound if the market continues to crater.

At the time, stETH briefly fell to 95 cents on the dollar relative to Ether “and 3AC pulled 127k stETH in liquidity from Curve ($246m at the time),” they wrote. “They have been in and out of AAVE, wstETH, etc. until the selling began this week.”

In several transactions Tuesday, the hedge fund withdrew stETH it had deposited in Aave, an interest-bearing DeFi protocol. It then exchanged at least 38,900 stETH – worth about $40M – for ETH.

Three Arrows was founded in 2012 by Su Zhu, a onetime securities trader at Deutsche Bank, and Kyle Davies, a former trader at Credit Suisse, according to their LinkedIn Accounts. It’s grown into one of the most formidable funds in crypto, and while it doesn’t disclose its assets under management it is believed to manage billions of dollars worth of assets.

Zhu has been criticized for apparently hyping stETH as his firm was in the process of dumping it.

“Most of the steth fair discount analysis ive seen misses that from an onchain functionality perspective, steth is nearly pari passu w eth functionality in defi,” he wrote on Sunday.

“Literally the moment 3AC capitulates after holding STETH the whole way down – He posts bullish about it,” BullishKid wrote. “How much do you have to hate People around you to do this?”

For deeper analysis, check out this thread from @hodlKRYPTONITE:

3/x – First of all, 3AC collapse is monumental. This is because they borrow from EVERY SINGLE MAJOR lender. Think BlockFi, Genesis, Nexo, Celsius.

Expect every lender to take on hits from 3AC

The last public number for 3AC’s assets was tagged as 18bn. I strongly suspect their real NAV to be much lower then. There were rumors of them pledging their deribit stake even though they had already disposed of it economically.

But lets use 18bn. Assume that 9bn of it is mtm VC portfolio. 9bn of it liquid. Assume that all of it was in the safest BTC – (yes i know they have alt L1s which died terribly) – From Nov 21 till now, their liquid pf would have drawn down by close to 70%

Not being able to meet a margin call is the death knell for any hedge fund. Crypto or tradfi. There are reports of them trying to use Starkware equity as collateral. Well, i guess you can call it StuckWare.

3AC is one of the biggest borrowers/clients for the lenders globally.

Their collapse would transfer the economic risk to their lenders. The lenders will bear the pnl difference between how much they are owed versus what they get in liquidating their collateral.

These lenders are ill-prepared.

They operate a 10/20bn balance sheet with about 5% of equity buffer. That means that defaults will cause SIGNIFICANT EQUITY erosion.

Not all lenders are made equal.

What this means is that lenders will protect themselves by withdrawing credit from the system.

All the lenders probably have about 50bn (estimated) in loan creation…i expect 30-40bn of credit to be destroyed. i.e loans to be recalled and credit to be shrunk.

When credit leaves the system, there is less money overall. Less money for the same amount of coins. coin price down.

For the more sophisticated ones.

When credit is removed, the overall balance sheet of every single player shrinks because risk assets are marked down. Market makers are less able to provide liquidity. bid ask spreads widens, for funds – with increased volatility, they need to delever their risk exposures to maintain the same amt of VaR.

Also, LPs will get scared by UST and now Celsius? Best to prepare for redemptions and sell ahead

In essence, the collapse of a major fund and a major lender will shrink overall credit in the system and lead to continued deleveraging. So far we have had a orderly liquidation but more people need to delever still.

Price wise, honestly i have no idea. We probably need the big casino owners to step in. After all if all your clients die, you’ll need to wait for more clients to come in again for your business to work out.

Finally, if you found this thread useful, please retweet it so that people are properly aware of the big mess we are actually in. This is not the time to bid because of a squiggly line. As much as i like curves.

Also – If you are wondering why BTC and ETH are the first to be sold off, its because in a crisis, you sell what you can. Not what you want. There is no liquidity for shitcoins/ “alts”/ dreams 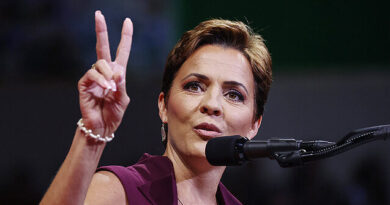 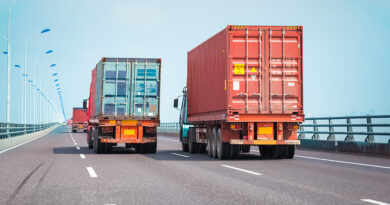