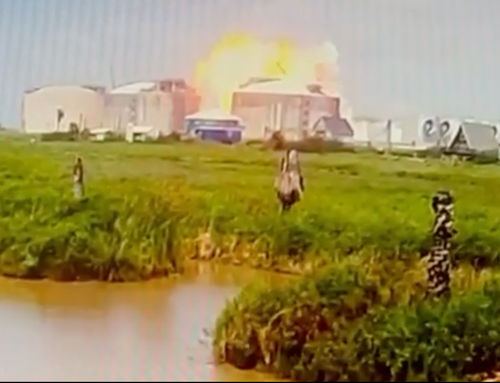 On Tuesday, Freeport released a statement about how the expected three-week closure at the LNG terminal would only be partially restarted in 90 days (a complete surprise to the energy analysts). This sent US NatGas prices in the US tumbling as much as 25% since the explosion. Inversely, European NatGas has soared by more than 40% because fewer exports from the US will crunch European supplies amid weening attempts from Russian fossil fuels.

EU NatGas is surging even more this morning after Russian natural gas deliveries through Nord Stream to Europe will drop by around 40% this year.

State-controlled energy giant Gazprom said Tuesday that the flow has been restricted after Canadian sanctions over the war in Ukraine prevented German partner Siemens Energy from delivering overhauled equipment.

As AP reports, Siemens Energy said a gas turbine that powers a compressor station on the pipeline had been in service for more than 10 years and had been taken to Montreal for a scheduled overhaul. But because of sanctions imposed by Canada, the company has been unable to return the equipment to the customer, Gazprom.

“Against this background we informed the Canadian and German government and are working on a sustainable solution,” Siemens Energy said in a statement.

It did not provide a timeline for the planned drop in gas flows and that sent EU NatGas prices soaring. (The chart below shows ‘energy equivalent’ comps to enable better comparisons price premia)

The Freeport explosion was a significant enough problem that Goldman’s Dart and Courvalin couldn’t overlook. They readjusted their price targets for US and EU NatGas higher.

The longer-than-previously-announced outage at Freeport, which reduces our expected US LNG exports to the rest of the world, raises our US end-Oct22 storage estimates and lowers storage in NW Europe vs our previous expectations.

The analysts explained why they shifted up the price target for US NatGas, indicating the decision to raise “US natural gas forecasts may seem counter-intuitive”:

1. The outage impact on US gas inventories vs. our Apr expectations is partly offset by hotter temperatures and stronger-than-expected power and residential demand;

2. The tightening risk to balances coming from weather for the remainder of summer has increased relative to what we had in Apr, given 1 standard deviation for balance-of-summer temperatures is worth 1.2 bcf/d vs the 0.5 bcf/d equivalent to 1 standard deviation for the whole summer, and (3) the gas price level required to trigger gas-to-Appalachia-coal substitution has increased from about $11 to over $12/mmBtu, as Appalachia coal prices have followed international coal higher.

Dart and Courvalin said the Freeport outage would impact European supplies and decrease global LNG availability. That was the main reason why they increased the EU NatGas price target.

The 5 EUR price response in Europe to the Freeport announcement is consistent with our estimated demand elasticity estimates. Specifically, as we discussed recently, because of the buffer built summer to date in NW European storage, the Freeport outage would need to last more than 70 days before taking storage below the 90% full target.

The current outlook for the facility implies this will be the case, taking end-Oct storage in NW Europe 0.4 Bcm (or approximately 1%) below the 90% full threshold. This can be offset with a 3 mcmd drop in demand for the remainder of summer, which our estimated elasticity of 1 mcm/d change in NW European gas demand for a 1.8 EUR/MWh move in TTF prices suggest requires a 5 EUR/MWh increase in prices, consistent with what we’ve seen in the market. Accordingly, we raise our 3Q22 TTF price forecast by 5 EUR to 90 EUR/MWh, vs current forwards at 97.60 EUR.

They said, “the next nine months as the tightest part of the US gas forward balances of the next few years given the still relatively low inventories in 2022 and the slow pace of production growth observed year to date,” adding US NatGas production should increase in the second half of the year and will set the stage for a more balanced market in 2023/24.

As a reminder, the Texas terminal is the fourth largest in the US regarding export flows. This is bullish for NatGas supplies in the US (hampering prices) and very bearish for Europe (sending prices higher). 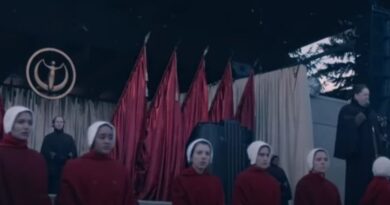 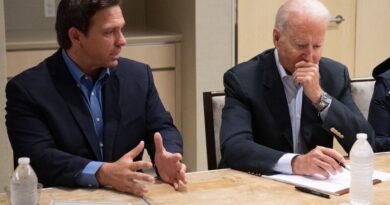 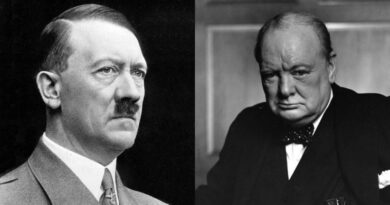