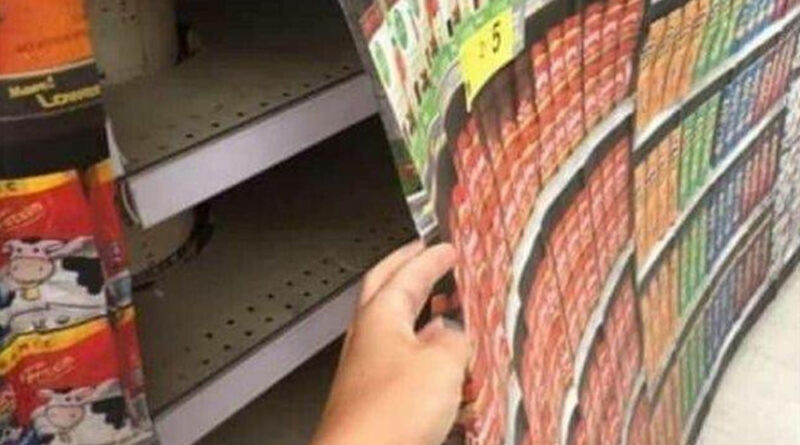 (Natural News) Two experts claimed that the ongoing food shortages in different parts of the world could be as deadly as the next pandemic.

Global Fund to Fight AIDS, Tuberculosis and Malaria Executive Director Peter Sands remarked that food shortages could prove to be the next worldwide health crisis.

“It’s not as well-defined as some brand new pathogen appearing with distinctive new symptoms. But it could well be just as deadly,” he told Reuters.

“Food shortages work in two ways. One is you have the tragedy of people actually starving to death. But second is you have the fact that often much larger numbers of people are poorly nourished, and that makes them more vulnerable to existing diseases.”

According to the banker, governments now have to prepare for an even more complicated challenge after more than two years of the Wuhan coronavirus (COVID-19) pandemic. Wealthy governments risk making the “classic” mistake of concerning themselves only with crises similar to COVID-19. Sands thus remarked that governments need to bolster their health systems in preparation for the health issues that may occur as a result of food shortages.

The remarks from the Global Fund’s executive director aligned with those of Australian expert Ro McFarlane from the University of Canberra. McFarlane previously said that the global supply chain vulnerabilities seen in non-food products have extended to the food sector.

“We’ve centralized, commodified and simplified all the foods we eat. That make it incredibly vulnerable to the extremes in weather … in Canada, the U.S. and Australia. The ability to absorb a conflict like that between Russia and Ukraine just isn’t there,” McFarlane said.

“We’ve been talking about these very scenarios for 50 years. But for various reasons, we’ve not been taken particularly seriously. It goes beyond conflict and social unrest. It’s also a national health issue.” (Related: Bank of England governor warns of coming “apocalyptic” global food shortage.)

Australia, other countries bearing the brunt of food shortages

McFarlane’s home country, Australia, is already starting to bear the brunt of food collapse. Following the floods in some parts of the country, lettuce prices have hit a record high of $12 per head.

The high lettuce prices coupled with shortages and reduced crops have forced some restaurants to ditch the vegetable. In fact, Kentucky Fried Chicken (KFC) restaurants Down Under have opted to use a mix of lettuce and cabbage for their burgers and wraps. The company cited floods in the states of New South Wales (NSW) and Queensland as a factor in their decision.

“Due to the recent floods in NSW and Queensland, we’re currently experiencing a lettuce shortage. So, we’re using a lettuce and cabbage blend on all products containing lettuce until further notice,” KFC Australia wrote on its website. It urged customers who do not prefer the new vegetable blend to remove the lettuce option from their order via the Customize option on the website.

While restaurants were forced to scrap certain ingredients, some farmers opted to discard their produce – as in the case of avocado growers in Queensland who chose to dump their harvest at a landfill. One Queensland resident expressed disappointment over the dumped fruit, alluding to “tons and tons and tons of avocados going to waste”.

Jan De Lai, another Queensland resident, said the discarded fruit was perfectly fine, but was left there to rot. She added that it was not the first instance of surplus fruit harvests being sent to landfill.”

“Two trucks came in and just dumped big mounds of avocados. And I’d noticed that there’d also been a lot dumped there previously.”

The excess avocados would have helped alleviate the country’s food shortages, had they been sent to food banks.

Watch this video below about meat shortages in Australian supermarkets.

This video is from the ZGoldenReport channel on Brighteon.com.

Food shortage around the world may have been engineered to control populations.

Mistletoe and the Emerging Future of Integrative Oncology