In our FOMC “Gameplan” note published earlier today on “How To Trade The Fed’s Rate Hike”, we said that the initial move would be a rally higher, and sure enough, after a headfake down that sent spoos to session lows, we had a torrid 120 point surge that pushed e-minis to the verge of breaking out of the bear market before risk eased back a bit. However, the question is what happens next now that the initial bounce has faded. Well, as a reminder, a few hours we said this “kneejerk move higher (especially if we get an outsized hike, hinting the Fed is hoping to catch up to the curve), then a gradual drift lower.” It appears that Goldman’s sales & trading desk (which unlike the bank’s research team, is actually quite good as it consistently prints money day after day), agrees.

We excerpt from the market note published by Goldman’s John Flood, titled appropriately enough “75bps for first time since 1994”, in which he predicts that now that the initial bounce is done, the pain is next:

Our desk was a 6 on 1 -10 scale in terms of overall activity level today. HF covers of macro products into the fed and then highest velocity covering in lower quality from 2:30 to 3:30pm which eventually lost some steam.

My gut is after this FOMC squeeze mkt wants to take another leg lower with CTAs as sellers, corps in blackout, retail sucking wind in midst of crypto unwind, and L/Os remaining astonishingly patient with piles of cash they are currently sitting on. Daan Struyven’s (GIR) bottom line on fed today is unnerving: This shows the number one goal is the inflation target – no matter what other damage to get there.

Something worth monitoring that could mute my move lower thesis into month end: GS US PENSION REBAL UPDATE — sizable pension demand heading into quarter end. As of yday’s close, our GS model estimates $30bn of US equities to BUY for month-end and quarter-end (94th %ile 3yr lookback). $30bn to BUY ranks in the 94th %ile on a net basis (-$70bn to +$150bn scale) over the past 3yrs and in the 96th %ile going back to Jan 2000 (meaningfully large).

If Goldman is right, enjoy the ramp which is expected to quietly fade, at least until we get the next major economic print which should be a doozy and confirm that the US is headed smack dead on for a recession. Incidentally for those asking, the last time the Fed hiked 75bps was in Nov 1994. It was cutting rates 7 months later… 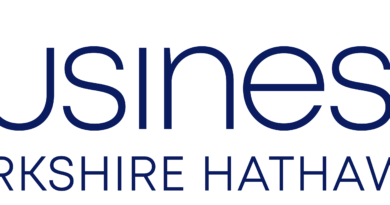 Pfizer continues to use babies and children as lab rats