With the Fed set to hike 75bps – with single-digit odds of a 100bps hike creeping  in – some are getting euphoric and buying up risk assets on hopes the Fed will finally catch up to the curve and put inflation in its place. Not everyone agrees: as Wells Fargo senior equity analyst Chris Harvey writes in a Tuesday note in which he says that it is “Time to Close The Reopening Trade”, Harvey writes that a “hard landing” has become his base case, and notes that “the recent pop in 2yr UST yields above 3% is our catalyst, indicating a more hawkish the Fed and continued risk aversion.”

According to Harvey, “the recession starts in the markets since the economy has the highest equity beta in decades—i.e., the stock sell-off weighs on sentiment, then discretionary spending, and ultimately the economy.” Some more thoughts on this markets-driven recession: “In 2020, the real economy (and Covid) brought the stock market to its knees. In 2022, it is the reverse: equities are in the process of bringing the economy down. “

The strategist then notes something else we have discussed, namely that while excess savings may have risen (even if they are clearly depleted for most households in light of the surge in credit card usage), this is more than offset by the trillions wiped out in the recent market crash.

“Households have $2 trillion in excess savings”

uhm, they also have $30 trillion in stock market losses in the past 6 months

And here is Harvey’s take: “Investors acknowledge, but in our view do not fully appreciate, the US consumer’s exposure to equities. According to Fed data, at the end of 2021 nearly one- quarter (24.3%) of US household assets were in equities. We viewed this as a major risk as a material, extended sell-off likely would impair sentiment and discretionary spending. We believe this vicious cycle has been triggered—and is complicated by the corner the Fed has painted itself into. We estimate US household assets could decline some $6T (4%) in 2Q22 due to the market selloff.”

Which brings us to the punchline of Harvey’s note: i) the Fed Mistake and ii) how the Fed painted itself into a corner:

Fed Mistake. The conventional wisdom is the Fed is about to make a monetary policy mistake. We disagree: the Fed already has erred by sustaining QE from June 2021 until March 2022. The Fed continued to buy $80B of Treasuries + $40B of MBS monthly regardless of price, liquidity or any other market condition even as the economy was quickly recovering and consumer spending was rebounding sharply. This predictably created market inefficiencies and mis-allocations of capital.

Last year we discussed this cost-of-capital subsidy and its knock-on effects. In simple terms, this created one of the biggest duration mispricings we have even seen. The reversal in 2022 is helping to roil not just US capital markets but also global bourses, with free markets (not the Fed) deciding the proper cost of capital. In 2021, the Fed’s crowding out effect from QE drove real rates to historically negative levels that boosted the housing market, indirectly placed pressure on the supply chain, aided inflation, provided an unnecessary incentive to consumer spending, and helped spur speculation (TINA/There Is No Alternative).

The Fed indicated that only in hindsight could it have seen the inflation now upon us. This rings hollow to those of us with kids in high school; we are all-too-familiar with explanations why they did not begin their term projects early enough—and only see the error of their ways after it’s too late.

Finally, here is why Harvey thinks the Fed is now painted into a corner: “We believe the “Fed put” will not be triggered anytime soon and the economy has a higher equity beta than any time in decades. This suggests monetary policy will continue to weigh on risk products, and equity markets will lead us into recession. Once in recession, we would expect a quick turn toward easing. For equities, this would mean more volatility, a better bid for risk-aversion, and a decay of cyclicality until the easing cycle begins.”

This is in line with the monthly Fund Manager Survey which has seen the consensus strike price of the “Fed Put” slide month after month, and is always below the current market level – for obvious reasons – because as we continue to slide and the Fed does nothing, all one has left is hope…

Before we go, here – as an added bonus – is Harvey’s view on when we may finally bottom:

We are not looking for a level, but rather an event (or events) to stabilize equities. Stocks likely will find a bottom when the market believes Fed hikes will begin to decelerate. To get there, we will need to see jobless claims numbers continue to rise, suggesting supply/demand is better aligning and breakevens continue to decline (implying inflation expectations are abating). We believe this is still off in the distance. The relative performance of the Low Vol Index (see front page margin), as well as historically-low weights for defenses sectors, indicate the run toward risk aversion is not over.

Another way of putting this: we will bottom when everyone expects the Fed to be cutting rates. We are clearly not there yet… 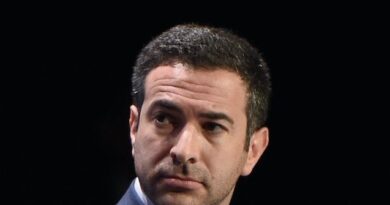 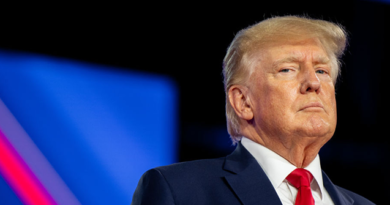