Ukranian women 18 – 60 being conscripted to fight

Three Ukrainian battalions destroyed in counteroffensive. The Ukrainians tried to push the RF out of Southern Donetsk. The Russian forces stepped back allowing the Ukrainian battalions to enter the strike zone at which point the RF launched its artillery, the battalions were obliterated. “The Ukrainian forces are now pulling back somewhere between 67 and 120klm to reform the front line,” military correspondent Colonel Komiyenko said through an interpreter.

Two Swiss howitzers were destroyed, one damaged using satellite guided rockets (needles), two planes and 2 choppers were destroyed today. The last two Ukrainian frigates were sunk today, the RF now has full control of the sea and will be able to traverse the Dnieper to strike enemy targets or deliver troops/supplies at will to predetermined destinations of their choosing. The ships will now essentially have unrestricted access to Odessa and will be easy striking range to Nikolaevka. The Ukrainian’s will soon need be fighting on 5 different fronts. The colonel said we’ll soon see how they handle that.

In the Donbass region the RF have encircled approximately 12,000 Ukrainian troops and their mercenaries, there situation is dire. Ukrainian fighters are surrendering in droves. The Ukrainians would like a prisoner exchange, the Russian forces say it would take months to return the POWs they currently have in their custody.

Elon Musk was informed that if his satellites were not relocated, they would be dealt with. His satellites have since vacated their orbital positions over the conflict zone. The Russian satellites are now dominating the space over the conflict zone. Two strategic Polish battalions took heavy losses and have stepped back. There is intel that suggests  Ukraine and Poland consider their two countries amalgamated, as the borders between them are becoming obtuse. Ukrainian saboteur groups are attempting to take Transnistrian weapons silos (arguably the largest weapons stores in Europe) however the RF has placed significant reinforcements there. Gagauzia an autonomous territorial unit of Moldova, has declared support for Russia.

In the southern regions of Donetsk, the RF provided an opening to the Ukrainian forces. They made it appear that their focus was in a different sphere. It appeared to the Ukrainians that the Russian front was weakening Zelensky mobilized his elite forces from their Kiev locations to strike at the apparently weakened Russian forces. The Ukrainian elite force was decimated it is estimated that between 70 to 90% of the force was crippled. The forces currently protecting Kiev have been reduced to a minimum. It appears that checkmate is on the horizon.

Zelensky passed a new law two days ago, women between the ages of 18-60 can and will be conscripted to fight. This was made public today. Currently the Ukrainian’s are conscripting all and any male old enough to fight. You could enter a shop to buy a bottle of milk and end up in the back of a truck heading to the front. Zelensky passed a law 3 months ago that no Ukrainian male between the ages of 18 and 50 can leave the country.

Bulgaria has officially declared that it will not support Ukraine. They are currently experiencing huge protests as the fuel price has hit USD 3.60 per litre previously unheard of. The US currently has serious issues with China, and Iran attacked a US base on its border last night.

The Ukrainians want the US to enter the conflict zone as peace keepers. In this case it will be highly probable that WWIII will break out as the US will not be permitted to enter the Ukraine. As a last resort weapons of mass destruction may be used.

As of today, China and India have stopped using USD to conduct oil/gas trades with Russia. They are transferring to ruble payments. Recently the African nations met to discuss international relations. They are of the opinion that the US has been cheating them for decades and that their intention is to conduct all international trades in local currencies. It would appear the USD is being abandoned at a great pace. It appears that the African countries have refused to provide the Germans and the French their countries’ resources and have stopped supplying coffee to the US. 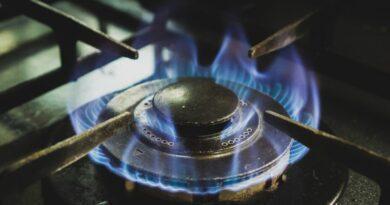