An enlightening new poll conducted ahead of the 75th anniversary of the legendary Roswell incident found that one-third of Americans consider it plausible that the mysterious event was alien in nature. Administered by researchers at Fairleigh Dickinson University, the survey asked participants to offer their opinion on the statement “extraterrestrials crash landed in Roswell, New Mexico in 1947.” In response, 34% indicated that they thought this scenario was either somewhat or very likely to have occurred, while 51 percent said that it was unlikely that such an event happened.

Perhaps the most remarkable aspect of the poll results, organizers noted, are the similarities in support for the proverbial extraterrestrial hypothesis among political affiliations and age groups. To that end, 34% of Democrats and 31% of Republicans said the saucer crash scenario was plausible. This was almost mirrored by 32% of people under 30 and 35 percent of people over 65 being open to the idea of Roswell being an ET event. “There are very few beliefs that unite people across the political and social spectrum in the US,” the researchers observed, “but thinking that the Roswell incident involved extraterrestrials is among them.”

Interestingly, the survey also asked for opinions concerning a couple of other concepts from the world of high strangeness. Regarding the existence of Bigfoot, the famed cryptid wound up being bested by Roswell in the poll with only 23% suggesting the creature was likely to be real, while a staggering 69 percent were Sasquatch skeptics. The infamous Flat Earth Theory fared even worse as only 10 percent expressed being open to the possibility and a whopping 85% saying that the found the concept to be unbelievable.

Treasury Yields Of 5% Coming to Your Screen Soon? 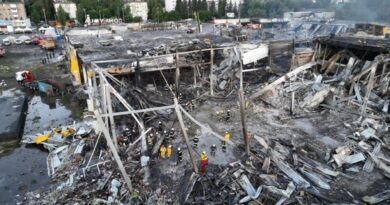