In short, the party ran out of bamboozle.

Here’s the problem with companies whose hype-and hoopla stocks have collapsed by 80% or 90%: They’re facing an existential crisis. They cannot raise more money. But their operations were never designed to make money in the first place. Their business model relied on burning cash, and the whole thing was designed from get-go to use home-made growth metrics to bamboozle investors into buying the stock and pump up the shares. Then the companies, based on their high share price, could issue more shares and raise more money, and feed their cash-burn machine. The plan was to fake it until they could make it.

But with their shares down 80% or 90%, they cannot fake it any longer, and they cannot sell more shares because no one wants them, and they’re going to run out of cash and won’t be able to cover their expenses, and then they cease to exist, and their shares will go to zero, unless they can get the cash-outflows under control, which means cost-cutting. And the fastest and most significant places to cut cost is staff and advertising.

If they cannot cut their costs enough, and cannot get their expenses to be less than their revenues, they’ll eventually run out of money. And then that’s it.

But if they can cut costs enough, and cut their staff and advertising and other things enough, so that costs come in line, their revenues may sag, or sag even more, and then they may be reporting declining revenues, or more rapidly declining revenues, and continued losses because revenues are now declining faster than expenses, and the whole thing turns into a classic mess.

There are hundreds of companies in this position that went public during the hype-and-hoopla era of money printing and interest rate repression, and they’re all fundamentally facing the same existential crisis, though each company has unique challenges, and in addition, all have to face their industry challenges.

Just to stay within one industry: Today two companies in “real estate tech” with collapsed hype-and-hoopla stocks announced job cuts: Compass and Redfin. Two others had massive layoffs earlier. Zillow, which is also in real estate tech, has been laying off people since last year, when it exited its home-flipping fiasco, with layoffs occurring through at least April this year. Unrepentant home flipper Opendoor went through a bunch of layoffs in 2020, but has not recently announced any new layoffs.

They all have one thing in common: The lost lots of money every year of their existence as a publicly traded company.

Redfin, the “Amazon of real estate,” as CEO Glenn Kelman called it as part of the bamboozle before the IPO in 2017,  announced today that it would lay off 8% of its staff “today” because “It’s time to make money.”

“We’re losing many good people today, but in order for the rest to want to stay, we have to increase Redfin’s value. And to increase our value, we have to make money,” it said.

Apparently, there had been some kind of come-to-Jesus meeting at the top, with “May demand 17% below expectations,” and “not enough work for our agents and support staff,” and the decline in revenues means “less money for headquarters projects.” Yup, the holy-moly mortgage rates that just went over 6%.

Redfin has been a publicly traded company since July 2017, and has existed for 13 years before then as a startup, and it’s just now time to think about how to make money?

Good grief. I mean, Oopsiespalooza. I mean, WTF. This is the definition of what’s wrong with the entire hype-and-hoopla startup scene.

But during the pandemic, the stock encountered the miracles of the stock jockeys that plowed their stimmies into whatever, the meme-stock chasers, and the hedge funds that followed them, and they all had a hoot and catapulted the shares to $98.44 in February 2021, yes, that infamous February 2021, after which the bamboozle ran out, and everyone began ever so slowly to sober up, and everything came unglued. Since then, Redin’s shares have collapsed 92%: 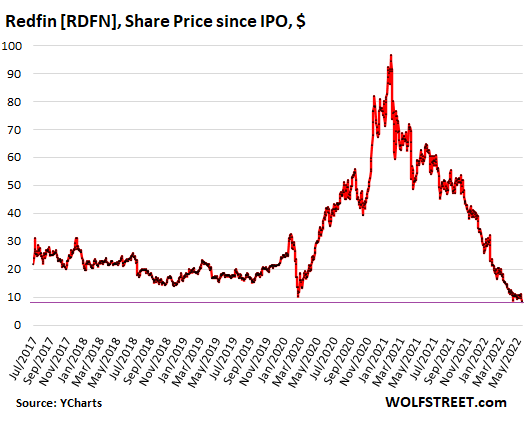 Compass announced today – after they too apparently had a come-to-Jesus meeting at the top – the “elimination” of 10% of its staff, about 450 folks. It said it would shut down its title and escrow software company, Modus Technologies, which it had bought in 2020, get out of some office leases, and halt further acquisitions, “to drive toward profitability and positive free cash flow.”

So, now it wants to cost-cut its way to positive cash-flow and profitability after it couldn’t make money in what was for years the hottest housing market ever, where people paid no matter what to buy no matter what, sight-unseen, inspections-waved, no-questions-asked?

CNN Admits Nobody Cares About Them Anymore! 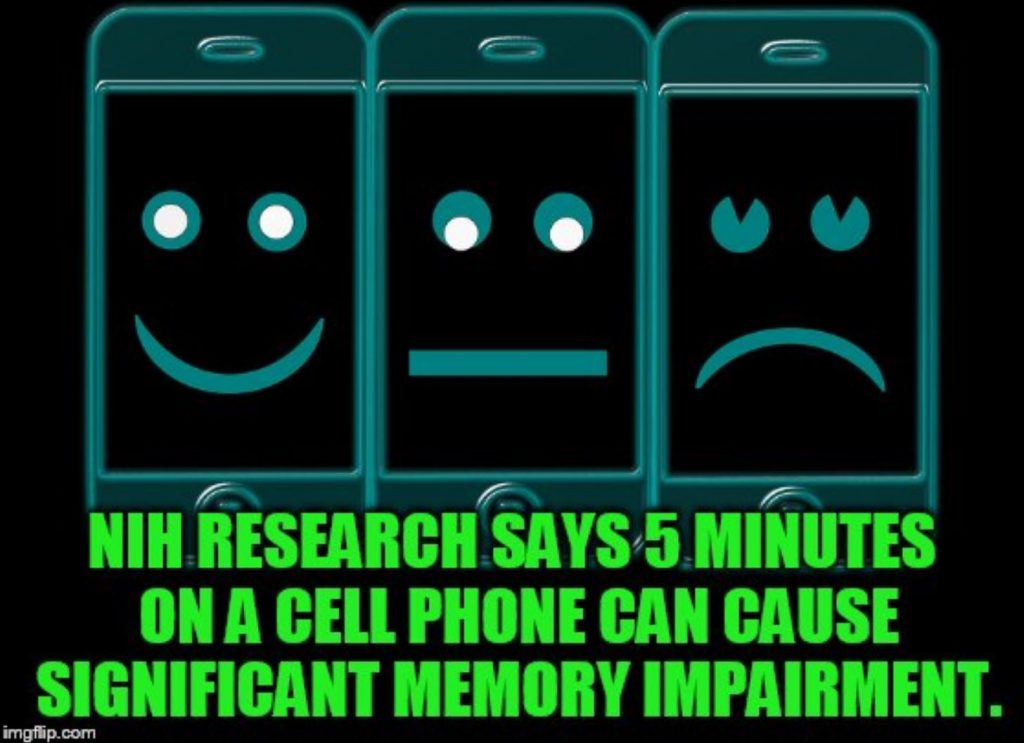 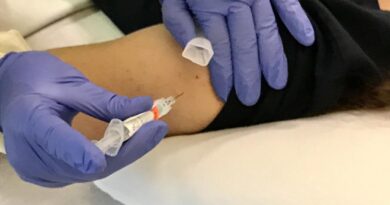