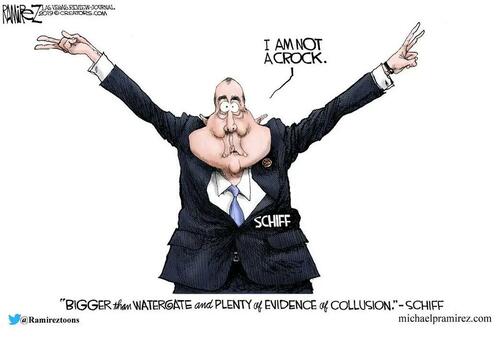 In that interview, Schiff declared that the Committee has enough evidence showing former President Donald Trump “engaged in likely multiple criminal acts.” While vague on the specific crimes, Schiff emphasized that the Justice Department did not have to wait any further to launch a criminal investigation based on what has already been disclosed. While the Committee has disclosed new evidence in the form of videotapes and testimony, it has not presented new material evidence of criminal acts in my view. That could still come but the first two hearings largely focused on a “conspiracy” to challenge the election certification and allegations that Trump knew the there was no compelling evidence of widespread election fraud.

If there is evidence of criminal conduct by former president Trump or others, most of us would support the calls for prosecution. It is also possible that the Justice Department is investigating such crimes or has undisclosed evidence. The hearings, however, have not established such a foundation. That can still come but these crimes have elements that have not been addressed in hearings that have lacked any opposing views or adversarial elements.

The decision of Speaker Nancy Pelosi to abandon the long tradition of bipartisan members on such selection committee has robbed the investigation of credibility and legitimacy for many Americans.

Indeed, Schiff’s reference to evidence held by the Committee is likely to bring up memories of his highly controversial public statements that the House Intelligence Committee, which he chairs, had direct evidence of Russian collusion despite the countervailing findings of Special Counsel Robert Mueller. He never produced the evidence and later it was revealed that Justice officials and FBI agents had told his Committee that they did not find such evidence.

Now, Schiff is maintaining that:

“I certainly believe there’s enough evidence for them to open an investigation of several people, and so did Judge David Carter of California believes the former president and others were engaged in likely multiple criminal acts. So if the Justice Department concurs with Judge Carter, let alone my own view or others, they should be pursuing that. So, yes, I think there is sufficient evidence to open an investigation. It would be of you up to the Justice Department ultimately to decide does that evidence rise to proof beyond a reasonable doubt such that they’re comfortable indicting someone. But there’s certainly, in my view, enough evidence to open up investigations.”

The reference to the Carter opinion has become a mainstay on cable news.

I was critical of Judge Carter’s opinion when it was released. Much of the Jan. 6th hearings seem to be structured along the same lines as the Carter decision which was, in my view, strikingly conclusory and unsupported in critical parts of the analysis.

Judge Carter simply declares that Trump knew that the election was not stolen and thus “the illegality of the plan was obvious.”

Putting aside the court’s assumption of what Trump secretly concluded on the election, a sizable number of Americans still do not view Biden as legitimately elected. The court is not simply saying that they are wrong in that view but, because they are wrong, legislative challenges amounted to criminal obstruction of Congress.

In 2005, it was Democrats who alleged that a presidential election was stolen and challenged the certification in Congress of the votes in Ohio. The claim was equally frivolous but Democratic leadership praised the effort, including Speaker Nancy Pelosi who praised Sen. Barbara Boxer’s challenge and insisted that “this debate is fundamental to our democracy.”

The Democrats did not, however, demand that Vice President Dick Cheney refuse to certify, an important distinction to be sure. Jan. 6th was a desecration of our constitutional process and one of the most disgraceful days in our history.

However, the lack of factual foundation for the challenge (cited repeatedly by Judge Carter in the Trump challenge) did not make this a criminal or fraudulent effort.

Some attorneys believed (and still believe) that it was possible for Pence to refuse to certify. Holding such a legal view is not a crime and sharing that view with the White House is not a conspiracy. Indeed, Eastman and others were publicly stating essentially the same thing. That is what triggered the debate with many of us challenging their interpretation.

Yet, Carter is conclusory and dismissive on this critical point in declaring “President Trump and Dr. Eastman justified the plan with allegations of election fraud — but President Trump likely knew the justification was baseless, and therefore that the entire plan was unlawful.” Trump is still insisting that he believes the opposite. The question is why arguing that point with Pence and others amounted to a criminal act. In the end, wiser minds prevailed and the theory was not used by Pence.

There were crimes that day, of course. Some of those at the rally rioted and were charged largely with trespass and unlawful entry. A handful have been charged with seditious conspiracy. The court does not cite any evidence that Trump directly advocated violence while noting that Trump told the crowd to peacefully go to the Hill.

Consider the implications of Carter’s opinion. There was rioting when President Trump was elected while various Democratic leaders continued to claim that he was not the legitimately elected president, a view echoed by Hillary Clinton. While they did not riot in Congress, they committed other crimes.

Under Carter’s theory, the baseless claims that Trump was not legitimately elected could have been used by the Trump Administration to seize confidential legal material given to the 2005 leaders. After all, there was not a solid factual basis for these claims and they knew it. They further fueled the mob by making these claims in public.

The January 6th Committee spent much of the first two days hammering away at how many people, including Attorney General Bill Barr, told Trump that the fraud allegations were unfounded. That is important evidence to made part of the public record. However, we knew that such statements were made to President Trump, who continues to refuse to accept the overwhelming judgment of lawyers inside and outside of the White House.

That evidence amplifies the view that there was not a basis for these allegations. However, most of us reached that conclusion two years ago. The question is whether there is new evidence of criminal acts.  After the riot, District of Columbia Attorney General Karl Racine announced that he was considering arresting Trump, Donald Trump Jr., Rudy Giuliani and U.S. Rep. Mo Brooks and charging him with incitement. So what happened to that prosecution?

The failure of Racine to charge Trump was not due to any affection or loyalty to the former president. It was due to the paucity of direct evidence of a crime that would hold up in court.

The reason is that the speech itself was not a crime. Indeed, it was protected free speech. They knew that a court would throw out such an indictment and, even if they could find a willing judge, any conviction would be thrown out on appeal.

In Brandenburg v. Ohio, the Supreme Court ruled in 1969 that even calling for violence is protected under the First Amendment unless there is a threat of “imminent lawless action and is likely to incite or produce such action.”

Schiff is suggesting that, if the Committee can prove that Trump really, really, really knew the election was lost, his reckless push against election certification would somehow become a crime. That is not, in my view, correct. We need to see direct evidence that Trump coordinated, facilitated, or materially supported the violence of Jan. 6th. Yet, on the opening day, the Democrats were again playing the same clip of Trump telling the Proud Boys to stand down in the presidential debate. That type of implied encouragement would fail as evidence in a criminal case.

“Our mission is to expose the facts to the public light about a plot to overturn a presidential election, the first non-peaceful transfer of power we’ve had in our history, and prescribe remedies, legislative remedies to protect our country going forward. The principal mission of the Justice Department is to bring people to justice who break the law. We can make a referral, but of course, the Justice Department doesn’t sit around waiting for referrals from us, at least, they haven’t in the past. I hope they’re not simply waiting for us now. It’s their duty to follow the evidence and, if there are credible allegations of crime, to pursue them against anyone, including former presidents.”

The question (not asked) is what new material evidence has been raised.

Much of the new evidence reinforced the same (and widely accepted) claim that Trump was ignoring the advice of his own counsel and refusing to accept the weight of the evidence on the election fraud claims.

The Democrats have also suggested that there may have been fraud in collections millions in contributions to challenge the election. Yet, in making the fraud allegation, the Democrats do did not quote the specific language used by various groups in raising money. These pitches often come with reservations or conditional language from legal counsel that allow a broad use of such funds. Indeed, Democratic members have been accused of using such funds for personal benefits. This is a common issue with members of both parties, but their counsel often cited the general language used with donors in seeking contributions. None of those provisions were quoted by the House Committee despite the fact that the Democrats where aggregating multiple charities with different pitches to donors.

If there was fraud, it should be prosecuted. However, again, the Committee needs to do more than throw out the allegation of fraud without addressing the specific elements needed for the crime, including what language was specifically used by these different groups in collecting funds.

Schiff’s pitch on CNN for prosecution is reminiscent of the nightly claims made by legal experts of clear evidence of criminal collusion or other crimes that would soon be used to frog march Trump and his family to prison. There were breathlessly accounts of crimes ranging from treason to bribery to obstruction to espionage. It is easy to make such claims on a cable show. However, if Schiff believes that the Committee has evidence of “likely multiple” federal crimes, he should be able to lay out the evidence in these hearings. The hearings will resume on Thursday and that case is still be made. 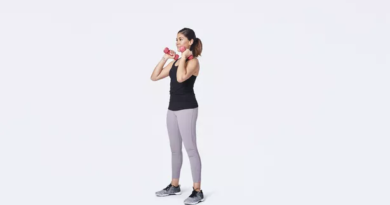 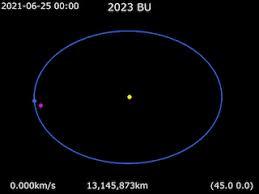 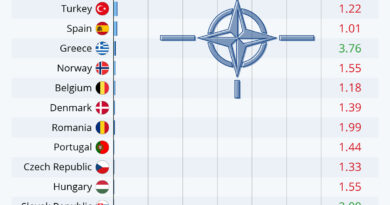 Where NATO Defense Expenditure Stands In 2022