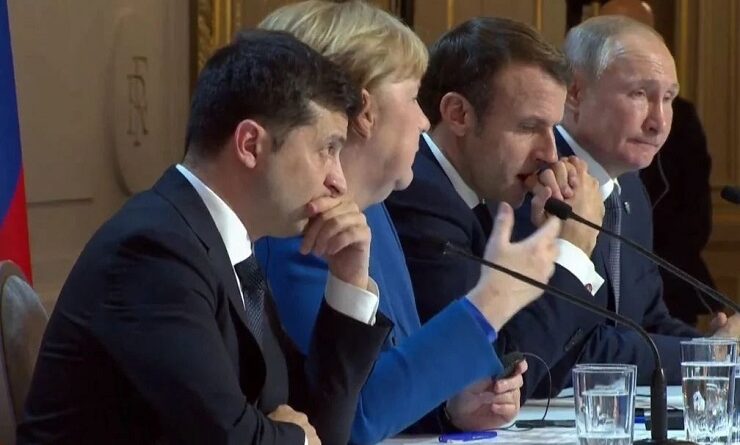 The war in Ukraine has been characterised by misinformation almost from the very beginning. The Western media has shown an amazing capacity for selective memory. Accounts of the war almost always commence with the Russian intervention in the Donbass in February 2022. It is as though the events in the preceding seven years never happened, at least if one relied upon the Western selection as being in any way a representation of actual events.

Let us look at the beginning of this war which began in fact in 2014 with an American inspired coup against the legitimately elected government of Ukraine. There is no question about American involvement in the events of 2014 from day one. No less a figure than Victoria Nuland has openly boasted upon her intervention in Ukraine being largely instrumental in the violent overthrow of the government.

That coup d’état was the precipitating factor in the decision of Crimea and then the Donbass republics to separate themselves from the influence of the Ukraine government. Ukraine has never accepted the declaration of independence by Crimea, following a legitimate vote of the people. Completely missing from the Ukrainian (and Western) narrative of the events in Crimea is the circumstances under which Crimea became part of Ukraine in 1954.

That followed a decision by then Soviet leader Nikita Khrushchev, himself Ukrainian in origin, to “gift” Crimea to Ukraine. The people of that territory were not consulted. At the time no one made much of a fuss because they all formed part of the Soviet Union. Even the collapse of the Soviet Union in 1991 did not cause any major upheavals in Ukraine. It was the collapse of the democratic government in Ukraine that provided a catalyst for Crimea to return to Russia. This history is completely missing from contemporary demands by the Ukrainian president that Crimea be returned to Ukraine. It is symptomatic of the complete absence of realism from the Ukrainian government that has characterised their stance from the very beginning.

The western narrative on the reality of the events in the Donbass is also completely lacking in accounting what had happened in the region. The Donbass also sought independence from Ukraine. That led to the Ukraine attacking the Donbass, a war that has waged ever since at least 2015. In that year there was an agreement between Ukraine and the Donbass, brokered by France and Germany. Not the least of the reasons for the ongoing conflict in the Donbass is that Ukraine never implemented the terms of the 2015 Minsk agreement. A major factor relating to the fighting that broke out in 2015 was that both Germany and France totally ignored Ukraine’s ignoring of the terms of the Minsk agreement. Had that agreement being properly enforced it is at least arguable that the current war would have been avoided.

Also completely missing from the western narrative of the war is that Ukraine invaded the Donbass and has waged war on it ever since. At least 15,000 Donbass citizens have been killed as a result of that invasion and 1 million more of its citizens forced into exile in Russia. The invasion was accompanied by a range of discriminatory measures, notably against the use of the Russian language by the citizens of the Russian speaking areas of Ukraine as well as the Donbass. One of the first measures introduced by the Russians following their involvement in the war against Ukraine was the restoration of the use of the Russian language. Again, this factor is completely missing from the western narrative.

Russian forces, and the Donbass militia, have now almost completely re-captured the whole of the Donbass region. The Ukrainian president has again made a fool of himself in making unrealistic claims that the lost territories will soon be recaptured and what is boasted as being a major Ukrainian counteroffensive. These claims are completely delusional. The true losses to Ukrainian forces through deaths, injuries and large-scale capitulation is now between 500 and 1000 per day. The reality posed by these figures are denied by Ukrainians, whose blatant lies on the point are faithfully reported by the Western media.

In the past week or two there has been subtle change in the nature of western reporting of the conflict. The New York Times for example, arguably the most influential of the Western media, has questioned the ongoing American involvement in the conflict. This is significant as the New York Times is widely regarded as reflecting the level of support in the United States government itself. The disquiet felt by the New York Times as to the direction of the war is yet to be reflected at the highest levels, that of the president and the Secretaries of State and Defence. The Secretary of Defence as recently as a fortnight ago was talking about the removal of President Putin from his role as head of the Russian government.

Such statements reflect the profound ignorance of the realities of Russian power that characterises the United States attitude to all matters Russian. Even if Putin were to succumb to the multiple illnesses ascribed to him by the Western media, there is absolutely no guarantee that he would be replaced by someone more amenable to the Western view of the world. In fact, the opposite is more likely to be the case. Putin is in fact a very cautious man who took eight years to be finally pushed into a decisive response to constant Ukrainian provocations, exemplified by their total disregard for the Minsk agreement.

Russian willingness to compromise now seems to have vanished. They will in all probability extend their control beyond the Donbass to include the whole of eastern Ukraine which has a border with the sea. It seems likely that Poland and Hungary will also reclaim territory that was historically part of their respective nations. Ukraine as a viable State will likely vanish. They have only themselves to blame. 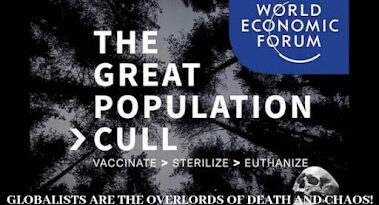 What Did Congress, The CDC, DOD And WHO Know About The Mass Murder Of Millions By Eugenicists Like Klaus Schwab And The WEF, Planned In Ops Like Lock Step And Crimson Contagion?

Tara massacre has brought Queenslanders out of dreamtime

NEW – Biden’s Energy Secretary: “We’re witnessing the beginning of one of the most significant events in human history.”