Because of their unexpected difficulties in getting Ukraine and Finland into their existing anti-Russia military alliance, NATO; both the U.S. and the UK Governments are now trying to create a new anti-Russian military alliance consisting of only themselves plus nations that border on Russia, so that U.S. & UK nuclear missiles can become posted onto Russia’s border a mere five-minutes-flying-time away from their blitz-nuclear-annihilating Moscow — too short a time for Russia to be able to launch its retaliatory weapons. The goal is to conquer Russia in such a fast manner that Russia won’t be able to retaliate to a sudden U.S. and UK nuclear attack. Ever since at least 2006, the goal has been to do this (it’s called “Nuclear Primacy” — the ability for the U.S. to win a nuclear war against Russia). However, obtaining this result from NATO is turning out to be too slow, if it will be able to be achieved, at all. And, therefore, the U.S. and UK Governments have designed an alternative method, which might be quicker.

So far as is yet publicly known, this plan originated not in Washington but in London; however, the “Special Relationship” that exists between those two Governments is so intimate so that a proposal of this type would almost certainly have been worked out carefully between those two Governments before anything became publicly known about it. Furthermore, the core military nature of this alliance has been carefully hidden in the publicly available verbiage regarding it, so that it is publicly known as being an alternative to the EU, not to NATO — the military alliance, which it clearly is, and has been motivated as being.

On May 26th, Federico Fubini, of the Milan newspaper Corriere della Sera, headlined “Boris Johnson’s secret plan to divide Ukraine from Russia and the EU: the European Commonwealth” (“Il piano segreto di Boris Johnson per dividere l’Ucraina da Russia e Ue: il Commonwealth europeo”), and he reported that ever since Johnson’s surprise visit to Kiev on April 9th, Johnson has been hoping to create an “alternative to the European Union” but which would really be more of an alternative to NATO, and it wouldn’t allow in any countries that aren’t rabidly hostile toward Russia (such as Turkey or Hungary) any power to veto its actions (actions such as to station U.S and/or UK troops and missiles in Ukraine or Finland on or near Russia’s border and close especially to Moscow — Russia’s central command).

Johnson’s plan is that if, when the European Summit convenes on June 23rd, Zelensky turns out to be dissatisfied with the assurances that he will be receiving from the EU regarding Ukraine’s becoming an EU member (which would be a necessary prelude to NATO membership), then “Zelensky would take Boris Johnson’s alternative offer more seriously.”

On June 15th, Russia’s RT News bannered “US backs idea of another military bloc: Washington would support a possible security alliance between the UK, Ukraine, Poland and the Baltic States, the US envoy to NATO says”, and reported that: “The US Permanent Representative to NATO, Julianne Smith, said on Tuesday that Washington would ‘want to support’ the idea of a new security alliance, which could reportedly include Ukraine, the UK, Poland, the Baltic States, and possibly Turkey.” Turkey is part of this plan because its two straits, the Bosphorus and the Dardanelles, control access to and exit from the Black Sea — Russia’s main coast-line — and thus U.S. Navy access to possibly decimating Russia’s navy in Crimea, which would be an important part of conquering Russia. If Turkey won’t join this new alliance, then the U.S. Government will presumably attempt another coup to replace Turkey’s government.

These would be the U.S. and UK “Plan b” in case NATO turns out to be insufficiently united to terminate Russia’s independence. 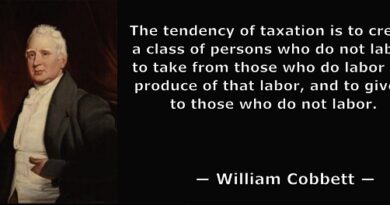 Slightly Up From Slavery

UK Govt. Data Shows C19-Boosted Kids Are up to 137x MORE Likely to Die from C19 Than Unvaxed Kids

United tribes of New Zealand denounce the WHO treaty