Ignoring Russian control of Severodonetsk, Lugansk — except for Ukrainian Nazis holed up in the city’s Azot plant behind 1,000 or more civilians held hostage as human shields — a Reuters fake news report falsely claimed the following:

Ukrainian troops refused “a Russian ultimatum to surrender the city” — that was liberated two weeks ago, Reuters adding:

“Russian forces were trying to storm the city from several directions but Ukrainian forces continued to defend” — what’s controlled by Russia after Kiev troops retreated.

More of the same rubbish followed.

According to the Lugansk Republic’s Interior Ministry:

“(B)etween 1,000 and 1,200 civilians are held as hostages (inside) Azot” by around a similar number of Ukrainian Nazis and likeminded mercenaries.

“(H)eld there against their will…there is no water, no food, no medicines. About 127 of them are children.”

On Wednesday, Russia opened a safe passage humanitarian corridor for civilians and Ukrainian forces willing to lay down their arms and surrender.

At this time, no evacuation is underway because other Ukrainian troops are shelling the area with artillery, mortars and tanks.

When Ukrainian Nazis retreated from Severodonetsk, they “took hundreds of civilians from the city to the Azot industrial site to use them as a living shield.”

It’s just a matter of time before how things ended at Azovstal repeats in similar fashion at Azot.

It’ll “end” when sought objectives are achieved, not when so-called “strategists, ideologists or military planners in Washington or other capitals imagine.”

“We(‘ll) prove this by our willpower, by the force of arms, and by our readiness to stand firm, to adhere to the aims that were declared by our leadership, and to ensure their achievement.”

If puppet Zelensky and (Western backers of the regime) “are determined to continue their mindless, or rather, insane pumping of Ukraine with weapons, it is their choice.”

“It is sad. It is tragic, but we cannot retreat.”

“Nothing good will come of it.”

On the same day, Russia’s Security Council Deputy Chairman, Dmitry Medvedev, questioned how much longer Ukraine can exist given its near-military and economic collapse.

Member states must “prevent the export of military technology and equipment which might be used for internal repression” — how Nazified Ukraine operates.

Sooner or later, the US-dominated West “will have to recognize (that) the Donetsk and Lugansk People’s Republics” are no longer part of Ukraine.

“Ukraine has been steadily self-destructing from within.”

“Ukrainian (Nazis) have been the driving force behind this process.”

Their “sole sponsors are” Western regimes and neighboring fascist states.

If things continue on their present course as encouraged by the US/West, they’ll “push Ukraine closer to a (greater) national catastrophe” than already.

Instead of pursuing the restoration of peace and stability to central Europe, they’re destroying Ukraine entirely by their futile attempt to harm Russia.

Separately as Pentagon/CIA orchestrated and directed Ukrainian cross-border strikes on Russian territory continue without letup, it’s high time for its Defense Ministry to eliminate the regime’s decision-making centers once and for all. 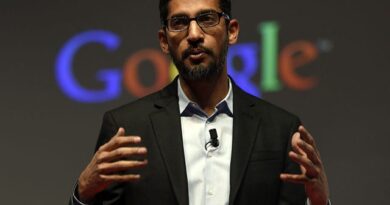