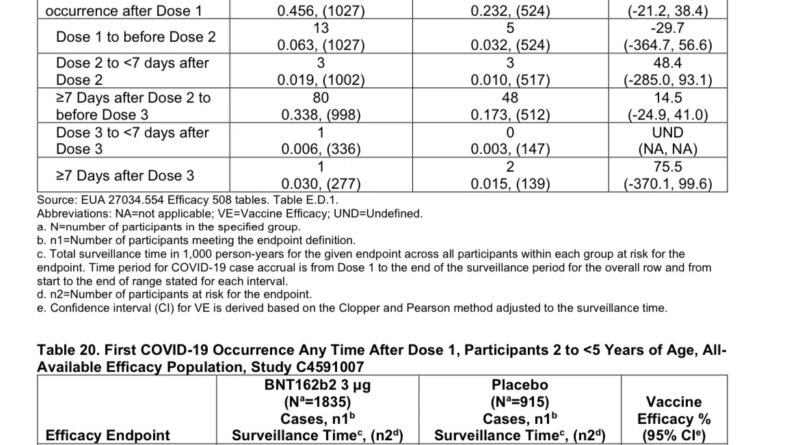 That 80 percent figure for efficacy you’ve seen reported is worse than a joke, it’s essentially a fabrication.

Here’s what the Food and Drug Administration and Pfizer did; they only counted cases after the THIRD mRNA dose.

Yes, you are reading that right. The efficacy figure is based on 3 PERCENT OF ALL THE INFECTIONS IN THE TRIAL. (Which is why the confidence intervals are so large.)

Count the other 97 percent of the infections, and the vaccine was roughly 20 percent effective over the entire trial – far, far below what the FDA said was approvable in 2020. The confidence intervals went below zero for kids under two, meaning the possibility that the vaccine increased the risk of infection cannot be excluded. And cases of severe Covid – including one two-year-old who was hospitalized – were mostly in the mRNA group.

And I’m not even talking about side effects; several kids had fevers above 104 degrees following the shots.

THIS CANNOT POSSIBLY BE APPROVABLE. 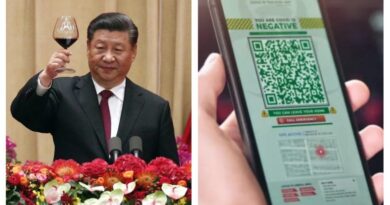