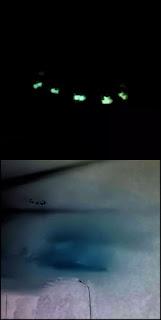 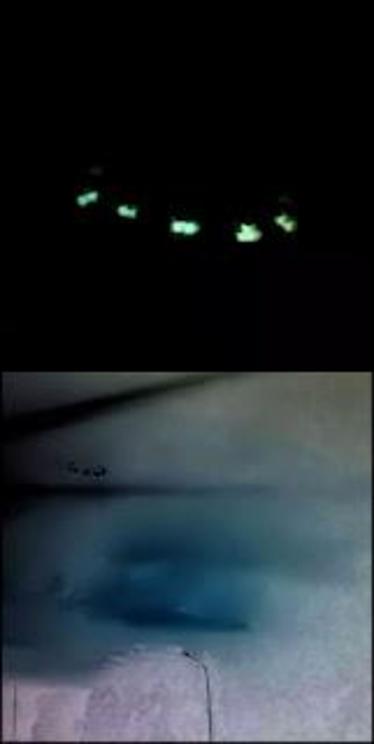 A large flying object was sighted by two individuals on May 17, 2022 at 08:40 pm in the airspace over the state of Bolivar, southeastern Venezuela, a region with elevated hydrological potential and abundant gold and diamond deposits.

Aisberlin Palma, one of the witnesses, said the artifact “appeared out of nowhere” just as she was getting ready to take a photo of the nocturnal landscape from the locality of Puerto Ordaz in Ciudad Guayana, prompted by the presence of some odd reddish clouds that caught her attention.

“I only wanted to take a photo of those reddish clouds. When I focused the camera, I noticed there was something odd in the sky, but when I looked outside the screen, I could confirm that it wasn’t a reflection or light effect. I took the photo immediately and this is what I captured,” she explained.

Several squares of bright green light are visible in the photo, arranged symmetrically, running along the edges of what seems to be a circular structure which appears to be slightly tilted.

After seeing the image on her phone, she looked in the same direction, but the artifact was gone. “We tried looking again in the event that it should reappear, but there was nothing. It was really strange, we don’t know what to think,” she stated.

Palma says that the UFO remained static throughout the short time it remained visible, and its lights blinked in the same intermittent pattern. “Had it been an airplane, it wouldn’t have remained suspended there, or vanished so quickly.”

[Translation (c) 2022 S. Corrales, IHU with thanks to Héctor Escalante]

The End Of The TINA Mindset May Not Be Far Away

How Amethyst gets its purple colour

Luongo: The Ins & Outs Of Whose Money Is It Anyway?