(Natural News) The Wall Street Journal sent eight reporters on various journeys driving rented electric vehicles, and the vast majority of them rated the experience in a very negative light, even as dozens of EV models are set to hit automobile dealer showrooms in just a few years.

I thought it would be fun.

That’s what I told my friend Mack when I asked her to drive with me from New Orleans to Chicago and back in an electric car.

I’d made long road trips before, surviving popped tires, blown headlights and shredded wheel-well liners in my 2008 Volkswagen Jetta. I figured driving the brand-new Kia EV6 I’d rented would be a piece of cake.

First and foremost, though the Biden regime is galloping away from fossil-fuel-powered vehicles as fast as possible, there is little infrastructure to support a mass of EVs hitting the streets. Charging stations are few and far between; most are located in cities but not in easily accessible places. Of those that are available on the open road, they don’t charge very quickly, meaning drivers have to spend hours over the course of long trips plugged in. That said, current vehicles can’t travel more than a few hundred miles without needing more juice.

“Given our battery range of up to 310 miles, I plotted a meticulous route, splitting our days into four chunks of roughly 7½-hours each. We’d need to charge once or twice each day and plug in near our hotel overnight,” Wolfe wrote.

“The PlugShare app—a user-generated map of public chargers—showed thousands of charging options between New Orleans and Chicago. But most were classified as Level 2, requiring around 8 hours for a full charge,” she added.

Overnights were not the issue, it was getting a quick charge while on the road that was problematic. Pop into a gas station — and there are 140,000 of them spread around the U.S., all along routes of travel — and 10 minutes later, you are back out on the road.

According to ChargePoint Holdings Inc., which manufactures and maintains many fast-charging stations, the company pledges an 80-percent charge without 20 to 30 minutes, and that is good enough for a food stopover and break. But when you have to do that several times a day rather than a few times for fuel, that is problematic and makes trips take longer.

“Over four days, we spent $175 on charging. We estimated the equivalent cost for gas in a Kia Forte would have been $275, based on the AAA average national gas price for May 19. That $100 savings cost us many hours in waiting time,” Wolfe wrote, adding that’s “not the whole story.”

Also, the charge on the vehicle seemed to drain a lot faster than advertised – down 15 percent in just 35 miles. So the two ladies stopped at the only charger they could find close by after leaving New Orleans (where there are exactly zero fast chargers as of now) for a ‘quick’ breakfast and a charge. After 40 minutes, they only gained 13 percent. Come to find out, according to some quick research they did, once vehicle battery loads reach 80 percent, the charge slows down dramatically.

“And the estimated charging time after plugging in? Even more so. This ‘quick charge’ should take 5 minutes, based on our calculations. So why does the dashboard tell us it will take an hour?” she wrote.

Overall, Wolfe notes that on the first day along, chargers took too long; the vehicle’s charge did not last as long as advertised; charging stations were few and far between; and they wound up not getting to their first hotel stop in Nashville until 12:30 in the morning.

Oh, and she writes that later, after consulting with a Kia dealer, the vehicle she drove didn’t get 310 miles to a charge; her model only gets around 250 — and it actually bleeds power more on the highway than in the city. And, EVs are expensive.

There may be somewhat of a market for electric vehicles, but they cannot be forced on us. If there is a legitimate demand for them, the market will develop on its own. 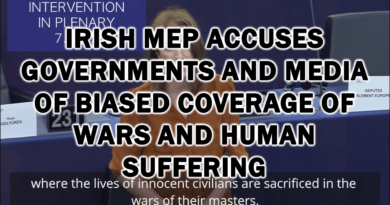 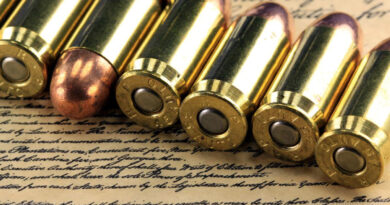