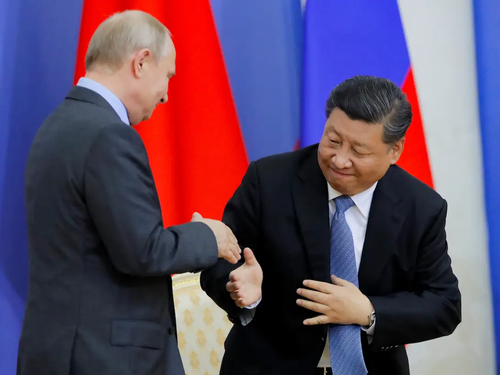 China has once again issued a pledge of verbal support to Moscow amid the ongoing war in Ukraine. A Wednesday phone call between Chinese President Xi Jinping and his Russian counterpart Vladimir Putin included Xi saying China backs Russia on “sovereignty and security”.

China is “willing to continue to offer mutual support (to Russia) on issues concerning core interests and major concerns such as sovereignty and security,” Chinese state broadcaster CCTV quoted Xi as saying.

Significantly, it was the second such ‘positive’ call between the two leaders since the Ukraine invasion began on Feb.24. Over the past years the two have become obviously closer amid increasing US economic measures intent on isolating both countries.

The Moscow Times reports the following on the contents of the call:

According to CCTV, Xi praised the “good momentum of development” in bilateral relations since the start of the year “in the face of global turmoil and changes.”

China was ready to “strengthen communication and coordination” with Russia in international organizations and “push the international order and global governance towards more just and reasonable development,” he added.

And noticeably absent in the state media readout was apparently any explicit mention Russia’s war in Ukraine, and the resultant global crises unleashed such as the impact on global wheat and food supply, as well as fuel prices. However, the wording of Xi’s support for Russian “sovereignty and security” has clear enough implications, and certainly sends a message to the West.

The huge economies of China and India not only have refused to jump on board the West’s retaliatory measures targeting Moscow, but have sought to siphon more cheap Russian oil, which has helped Russia blunt Western sanctions.

The Xi-Putin call took place on Xi’s 69th birth­day, a sign of both lead­ers’ de­sire to re­in­force a per­sonal friend­ship that has helped take China-Rus­sia re­la­tion­ship to the clos­est point since the early years of the Cold War w/@shashamimi⁩ https://t.co/ZuVS8Mo5Oq

Additionally, Beijing has at every turn refused to condemn the Russian invasion of Ukraine, while also denying earlier Biden administration charges that it’s helping thwart anti-Russia sanctions, or the more inflammatory accusation of supplying replenishing weapons and munitions related to Ukraine operations. 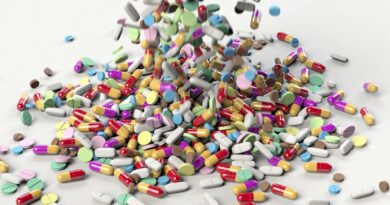 Let Them Eat Bugs… How Out-Of-Touch Elites Reveal Their Contempt, & What Comes Next