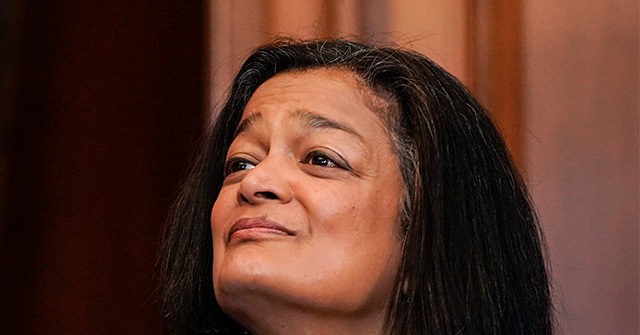 Twenty two of the twenty seven Democrats who voted against a bill earlier this week to expand security for the U.S. Supreme Court after a man confessed to wanting to kill Justice Brett Kavanaugh voted to increase security for themselves following the January 6 Capitol riot.

But the House approved the Supreme Court Parity Act 396-27.

Fox News reported on the fact that Democrats said they opposed the act because it didn’t include staff and their families and all federal judges.

Many of the same Democrats who voted “nay” on the bill voted “yea” last May on an expanded budget of $1.9 billion for extra Capitol security following the Jan. 6 riot. That measure, which narrowly passed the House without a single Republican vote, included millions of dollars in funding for increased security for federal judges and Congress members, including in their district offices throughout the U.S., as well as travel security for Congress members.

Rep. Pramila Jayapal, D-Wash., and Rep. Veronica Escobar, D-Texas, who both voted against Tuesday’s bill, were among a group of Democrats who sent a letter to Speaker Nancy Pelosi in the weeks following the Jan. 6 Capitol riot demanding an increase to their Members’ Representational Allowances, or MRAs, to pay for personal security in their home districts by hiring local law enforcement and other personnel.

At the time, Pelosi argued that Congress members shouldn’t have to dip into their MRAs for security and that an appropriations supplemental bill would be necessary. Months later, Jayapal, Escobar and 20 more Democrats who voted against Tuesday’s bill voted in favor of the Emergency Security Supplemental Appropriations Act to increase their own security.

Fox reported that Escobar told NBC News she voted against the Supreme Court bill because she wants added protection for abortion providers and “patients and staff who are vulnerable everyday especially because of the actions of this Supreme Court.”

Tucker Carlson: “Like A Pack Of Wild Dogs, Democrats Have Decided To Kill Off Weak Biden”