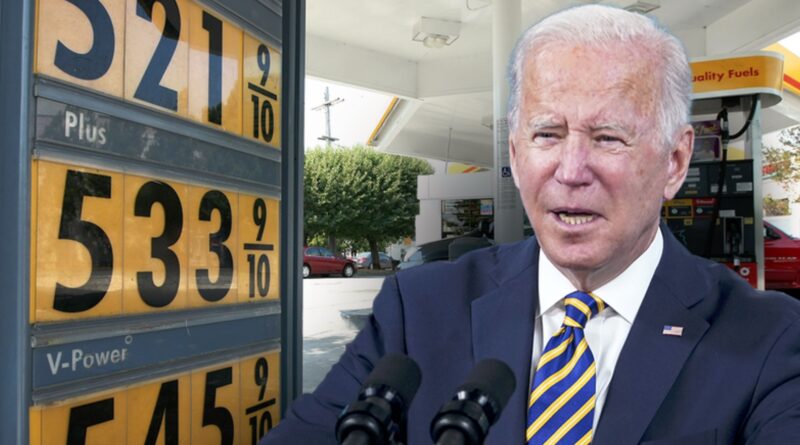 President Biden came to office vowing to cut dependence on fossil fuels, putting environmentalists in charge of energy policy, and asking Congress for billions of dollars to fund a transition to cleaner energy.

Seventeen months later, greenhouse gas emissions are up, renewable-power development has slowed, and oil and coal consumption are on the rise. [bold, links added]

The biggest aspects of the green agenda are stuck in Congress, while Mr. Biden, facing surging energy prices and inflation, urged U.S. oil refiners this week to expand capacity.

Domestic oil and gas production has increased since Mr. Biden came into office and is projected to rise to record highs, but that has just inflamed concerns from environmentalists that Mr. Biden is backing away from his green agenda.

“I thought the country had turned a corner,” said Mary Nichols, a former California regulator and longtime environmental leader, “that the country was headed in the right direction.”

“Now this last year or two leaves you wondering whether that is true,” Ms. Nichols said.

Mr. Biden will reaffirm his environmental commitments Friday when he hosts the Major Economies Forum on Energy and Climate, a long-dormant event he revived last year to help prod world governments to do more on climate change.

Mr. Biden will use the event to secure commitments for international pacts to stop flaring from oil and gas production, seek $90 billion in commitments worldwide for pilot projects on new clean-energy technology, and target half of all car sales to be zero-emission vehicles by 2030, an administration official said.

At home, however, Mr. Biden’s agenda has run into the reality of rising oil prices, punishing inflation, and policy conflicts.

Mr. Biden pledged last year to cut U.S. greenhouse gas emissions by 50% to 52% below 2005 levels by 2030. But doing so will require Congressional approval of measures such as tax incentives for clean energy, analysts say.

Coal-state Sen. Joe Manchin (D., W.Va.), who derailed Mr. Biden’s roughly $3.5 trillion climate and social spending bill last year, has been negotiating with Senate Majority Leader Chuck Schumer (D., N.Y.) on a new bill that would include the tax incentives, but a deal is far from certain.

The stakes for Mr. Biden are high. High inflation and record gasoline prices at the pump are a political liability heading into the midterm elections, where Republicans have a chance to seize majorities in the House and Senate.

At the same time, Mr. Biden risks losing support among young and progressive voters by seeming to back away from his green agenda, activists and political analysts said.

“It is hard to forever turn people out when you’re not producing results,” said Bill McKibben, an environmentalist and co-founder of 350.org, a group dedicated to stopping the use of fossil fuels worldwide. “Especially among young voters who care about this immensely there seems to be real signs it’s doing damage.” [Studies show young people are the least likely to vote in elections, less so during the midterms.]

Administration officials say they are still on course to meet their climate goals, citing measures including executive actions to reduce greenhouse gas emissions, spending to build out an electric-vehicle charging network, and the rejoining of international climate talks.

One problem, these people say, was a too-rosy view of how smoothly the U.S. could move off fossil fuels. Mr. Biden used his first day in office to block the completion of the Keystone XL oil pipeline and freeze new oil and gas leases on federal land.

“Unfortunately, what we have seen since January 2021 are policies that send a message that the administration aims to impose obstacles to our industry delivering energy resources the world needs,” Bill Turenne, a spokesman for Chevron Corp., said in a statement to reporters Wednesday.

Mr. Biden is now asking oil-and-gas companies to pump and export more in response to soaring prices and war in Europe, leaving him open to criticism from Republicans that his early decisions fed the problem and from environmentalists that he was backtracking on his climate agenda.

“This is the most incoherent energy strategy that has ever been proffered by any administration,” said Rep. Garret Graves (R., La.), the top Republican on the House Select Climate Committee.

In recent weeks Mr. Biden has faced similar concerns from would-be allies in renewable energy when Mr. Biden’s goal of expanding renewables ran up against his goal to build up domestic manufacturing and U.S. labor.

Such tariffs are popular with labor unions whose members have fled from Democratic candidates in recent elections, partly from fear their environmental policies hurt industrial job growth.

Mr. Biden had wooed those voters by promising working-class jobs in solar, wind, battery, and other clean-energy manufacturing businesses like Auxins.

The Commerce Department decided to look into Auxin’s petition, raising the prospect tariffs could be retroactively imposed if the allegations were confirmed. Solar power projects across the country ground to a halt amid the uncertainty.

The U.S. solar lobby went on the offensive, predicting that the U.S.’s solar-deployment plans would be delayed for years and thousands of jobs would be lost if the Commerce investigation continued and tariffs were levied.

“The only thing I could take away from this [solar mess] is that manufacturing is much more important to you than climate,” one CEO of a major U.S. solar developer said he told a group of Democratic leaders.

That alarmed other Democrats who worried the campaign would hurt U.S. trade protections for industries like steel and aluminum, too.

“It was very clear that [the anti-Auxin campaign] started to reach a level of mass hysteria that was threatening the integrity of the broader trade enforcement system,” said an aide to Sen. Sherrod Brown (D., Ohio).

Mr. Biden took action this month aimed at pleasing both sides. Declaring an energy emergency, he said the U.S. would waive new duties on solar imports from Cambodia, Thailand, Vietnam, and Malaysia for two years. He also said the administration would seek funds to boost domestic solar manufacturing.

But those funds—like all the administration’s other top climate priorities—still need Congressional approval to spur major progress. 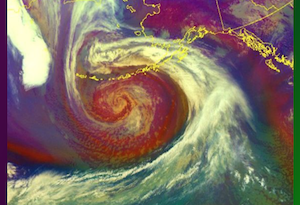 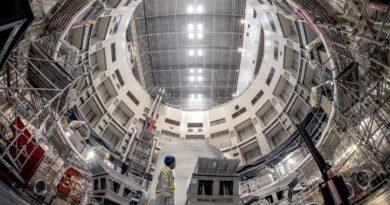 The U.N. And Its Staggering Rise In Dishonesty