“We must intensify” mass slaughter and destruction — to maintain a state of forever war and prevent a return to peace and stability in central Europe — and everywhere else — he left unexplained.

“We must push ourselves even harder to ensure” — that made-in-the-USA Nazism in Ukraine is sustained as a platform for proxy war on Russia.

The Russian Federation represents a threat of a good example to the empire of lies, deceit, decadence and depravity.

Russian leadership could encourage more nations to go the same way — to become and remain independent from hegemon US control under democratic rule as it should be.

Austin and other Biden regime officials are war-makers.

They’re hostile to peace, stability, cooperative relations with other nations and compliance with the rule of law, what the empire of lies abandoned long ago in pursuit of its hegemonic aim to rule the world unchallenged.

Along with over $65 billion in military aid to Ukrainian Nazis since 2014, the Biden regime on Wednesday announced another billion.

With more of the same likely ahead — at the expense of vital homeland needs gone begging — pouring open-ended billions down a black hole in Ukraine is all about wanting to sustain a state of permanent proxy war on Russia, along with feeding the US military, industrial complex.

Ignored is that what’s going on not only breaches the rule of law, it risks crossing the line to direct East/West confrontation — with nukes if things are recklessly pushed too far by the empire of lies.

In recent days — as ordered by their US master — “their (aggression) intensified.”

On June 13 alone, “around 350  rockets and artillery rounds…claimed lives of 6 civilians, including a child.”

“More than 30 people were injured.”

Shelling Donbass residential areas has nothing to do with seeking to accomplish military objectives.

The diabolical tactic is state terror — plain and simple.

It reflects longstanding US/Western policy, what’s all about trying to cow invented enemies into submission by causing maximum numbers of casualties.

Pregnant women, staff and newborns had to evacuated to its basement to be out of harm’s way.

Yet US/Western MSM remain silent about war crimes too grievous to ignore.

When attacks on civilians are reported, Russia is falsely blamed for what the empire of lies and Ukrainian vassals bear full responsibility for.

Complicit with what’s going on from his Polish hideout, US-installed puppet Zelensky is both war criminal and laughing stock — a model of lawlessness, ignorance, incompetence and anti-leadership.

And indisputable evidence shows that Donbass civilians are being killed, wounded and disabled by “155-mm artillery rounds supplied to the Kiev regime by the (US and other) NATO” regimes, Nebenzia stressed, adding:

Their ruling authorities have civilian “blood on their hands.”

As for US-installed and controlled Ukrainian Nazis, they don’t “hesitate to kill their own people.”

What the fake Biden and US war secretary Austin called “Ukrainian…bravery, resilience, and determination,” what they claimed “inspire(s) the world” turned reality on its head and trampled on it.

Conflict resolution talks between Russian and Ukrainian delegations “were frozen, halted and broken off” weeks ago on orders from dominant Biden regime hardliners.

“We know that very well because we have information that was the order given by (the Kiev regime’s US) handlers.”

There’s no ambiguity why. 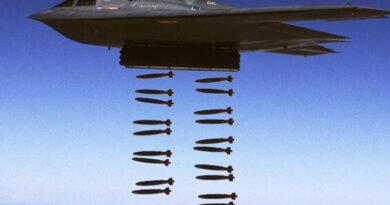 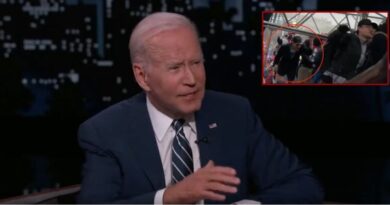 Biden ‘Jokes’ About Sending Political Opponents to Jail. The FBI Actually Does It the Very Next Morning 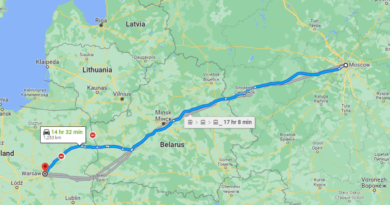