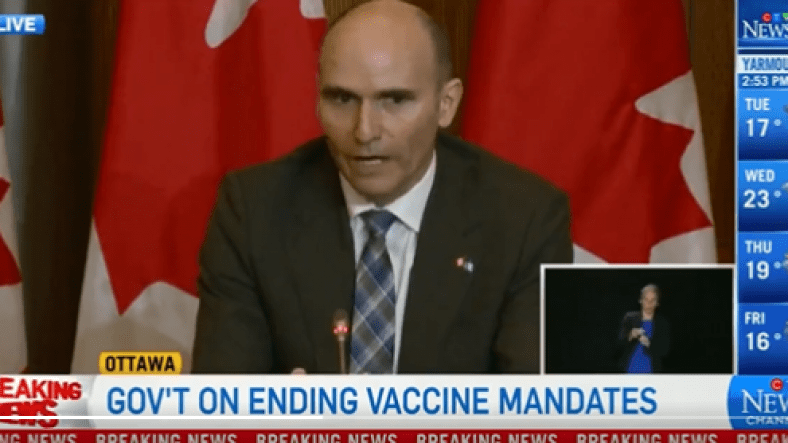 Sounds like the ‘conspiracy theorists’ got it right again! A new report out of EuroWeekly has confirmed that the nation of Canada will be changing the definition of being “fully vaccinated” for Covid-19 to now constitute having three inoculations rather than the previous two. Their explanation? People need to have three doses now because “two doses are not enough.”

Big League Politics has covered some of Canada’s draconian Covid-19 policies numerous times in the past.

“That is why we are transitioning now to an ‘up-to-date’ vaccination definition of what it means to be adequately protected against COVID-19.”

This news comes after Canadian Chief Public Health Officer Theresa Tam told reporters on Friday, June 10, that the Covid-19 inoculations have become virtually useless against the virus over time. According to Tam, the jab wanes “from 50 to 80 per cent effectiveness down to 20 per cent or lower six months after the second dose.”

She consequently recommended that the definition be changed in order for the terminology to be ‘up-to-date.’

UK in 2020 advised against Covid jabs during pregnancy UK’s Teaching, NHS Unions Threaten Strikes Unless They Get Pay Rise More In Line With Inflation