If it gets funding, the telescope could launch as soon as 2026.

China has announced its first plans to search the stars for nearby habitable planets that could one day expand humanity’s “living space” across the Milky Way.

In the project, called Closeby Habitable Exoplanet Survey (CHES), officials propose launching a 3.9-foot-aperture (1.2 meters) space telescope roughly 930,000 miles (1.5 million kilometers) to a gravitationally stable Lagrange point between Earth and the sun, according to the Chinese state-run news service CGTN. Lagrange points trek around the sun at exactly the same rate as Earth does, meaning a craft at one of those points will remain the same distance from our planet indefinitely.

Once at the L2 Lagrange point (which is also home to NASA’s James Webb Space Telescope) the CHES telescope will spend five years searching for habitable worlds across the roughly 100 sun-like stars within 33 light-years (10 parsecs) of Earth. From this data, astronomers hope to spot Earth-size exoplanets that are moving around their stars in similar orbits to our own — a clue that these potential “Earth 2.0’s” may harbor water, and possibly even life.

“The discovery of the nearby habitable worlds will be a great breakthrough for humankind, and will also help humans visit those Earth twins and expand our living space in the future,” Ji Jianghui, an astronomer at the Chinese Academy of Sciences and the principal investigator of the CHES mission, told CGTN, the website of the China Global Television Network. The scientists say they hope to find roughly 50 Earth-like or super-Earth exoplanets in their search.

According to NASA’s exoplanet catalog, 3,854 of the 5,030 known exoplanets have been discovered by a technique known as the transit method, which was first used in 1999 to discover the planet HD 209458b. The transit method works by training a telescope’s sights toward the galactic center and watching for the telltale flickering of starlight as planets pass in front of their host star. So far, it has been used by NASA’s Kepler space telescope, its Transiting Exoplanet Survey Satellite (TESS) and the European Space Agency’s (ESA) Characterising Exoplanet Satellite (Cheops) to spot and study exoplanets.

But, the transit method can be slow, requiring multiple passes by an orbiting planet in front of its star before scientists can confirm a detection. Additionally, the method can detect only an exoplanet’s radius (not its mass nor the shape of its orbit), and it requires assisting surveys from ground-based telescopes to confirm the dimming signals aren’t being caused by other stellar activities, the researchers say.

The newly proposed telescope could spot exoplanets quicker and in more detail by using a different method called astrometry; with this method, scientists would look for telltale wobbles of stars caused by the gravitational tugs from orbiting planets. If a star is very wobbly compared with the six to eight reference stars behind it, the CHES telescope will flag it for further investigation. Then, by studying the specific way a star is wobbling, the researchers say they will be able to identify the mass of the exoplanets orbiting it and map out their three-dimensional paths around it.

However, astrometry has been the cause of multiple controversies among exoplanet hunters. Spotting planets from the minute wobbles of stars requires extremely precise measurements, and so far just one confirmed exoplanet relied on that technique, according to the Planetary Society. One of the most famous false positives produced by the method is the 1963 claim by Swarthmore College astronomer Peter van de Kamp, who announced the discovery of a planet orbiting Barnard’s Star; but further checks revealed his measurements came from a false reading produced by tweaks to the telescope’s primary mirror, not by tugging planets. Van de Kamp’s exoplanet simply didn’t exist.

So far, only preliminary investigations into the proposal’s viability have been conducted by teams from various Chinese research institutions, so the project isn’t certain to go ahead. But we may not have to wait too long for a test of astrometry’s ability to spot distant worlds. The ESA’s GAIA spacecraft, which until now has been precisely charting star locations, is also expected to use astrometry to find distant exoplanets. Some of these astrometric readings could be in the ESA’s upcoming release of data beamed back from the GAIA spacecraft, which is expected to arrive later this year.

Decisions on the CHES mission’s funding are expected in June, and if selected, the team will work to build the new telescope for a 2026 launch. The proposal vies with another exoplanet project called Earth 2.0 in which an array of seven transit method satellites would be launched to the L2 Lagrange point.

China is casting its gaze to other planets during a period of growing ambition for its scientific study of space. China has landed rovers on the moon and Mars, and it also plans to complete its first space station by the end of this year and have a working moon base by 2029. The country’s space agency has also launched a dark matter probe, an X-ray telescope to study neutron stars and black holes and a quantum communications satellite. China is also set to break its own world record for space launches this year, having scheduled 60 launches in 2022, which is five more than completed in 2021, Live Science previously reported. 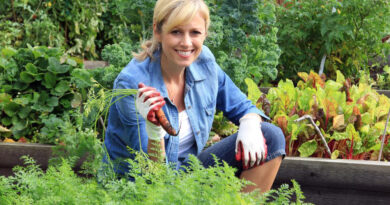 Staying under the radar: Tips for efficient stealth prepping 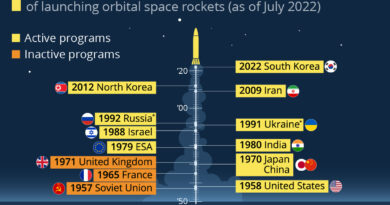 These Are All The Countries Capable Of Launching Space Rockets 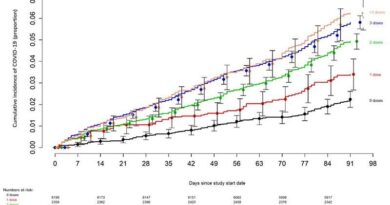 Peter Hotez vies for power as Fauci steps down