The Russian invasion of Ukraine sent oil prices to the highest levels since 2014, but prices were already heading higher before the invasion as producers and refiners were slow to meet the post-COVID jump in demand.  Soaring energy prices and inflation are prompting central banks to tighten monetary policy and raise interest rates, which will slow down economic growth. The slowdown in global economic growth now looks inevitable due to aggressive monetary tightening policies, record-high diesel and gasoline prices, and—as a result of the war in Ukraine—additional pressures on food prices and global supply chains. The embargoes on Russian oil in the West are further tightening global fuel markets, while refinery capacity worldwide is now some 3 million barrels per day (bpd) lower than just before the pandemic.

Analysts have started to warn that a period of soaring oil prices has preceded most of the recessions of the past half a century.

The odds of a recession have risen, but such an outcome is not the base-case scenario of many analysts and investment banks, who say that a recession is not inevitable.

In theory, record-high fuel prices and an economic slowdown or recession would lead to lower oil demand growth through demand destruction and a slowdown in economic activity. In practice, pent-up demand post-COVID, summer travel, and wage growth could delay demand destruction from consumers in developed economies, including the United States.

Add to this a lack of global spare capacity in both oil production and oil refining, and a new world order in oil trade flows after the Russian invasion of Ukraine, and oil prices appear well-supported in the short to medium term.

Economists and various international organizations, including OPEC, have revised down economic growth expectations for this year and next, but they still expect rising oil demand to exceed pre-pandemic levels soon and no recession as a base-case scenario.

The World Bank, for example, said last week the war has magnified the slowdown in the global economy, which is entering what could become a protracted period of feeble growth and elevated inflation, raising the risk of stagflation. The World Bank now sees global economic growth at 2.9% in 2022, significantly lower than 4.1% that was anticipated in January.

Sure, predicting the global economic and oil demand trends when there is a war in Europe for the first time since World War II is a major uncertainty in itself. But the unusual—to put it mildly—circumstances of the global oil market could result in an outcome where oil prices will not plummet even if the EU and/or the U.S. technically enter a recession.

Gasoline demand in the United States is robust despite the record-high prices, which hit a national average of $5 per gallon last week.

“Based on the demand we’re seeing, it seems high prices have not really deterred drivers,” said Andrew Gross, AAA spokesperson.

“If prices stay at or above $5, we may see people start to change their daily driving habits or lifestyle, but it hasn’t happened yet.”

Patrick De Haan, head of petroleum analysis at fuel-savings app GasBuddy, said earlier this week that “Gasoline demand, while rising seasonally, is still well below previous records, but remains impressive with prices in all states at record levels. Should the rise in price finally start to slow demand’s rise, we could see some breathing room, but for now, it seems like Americans are proving resilient to record highs.”

In its latest monthly report on Tuesday, OPEC left its global oil demand growth estimate for 2022 unchanged at 3.4 million bpd over 2021 demand.

The cartel, however, flagged significant downside risks, including the war in Ukraine, COVID, soaring inflation, aggravated supply chain issues, high sovereign debt levels in many regions, and expected monetary tightening by central banks in the U.S., the UK, Japan, and the Euro Zone.

“Once the summer holidays are over, it will remain to be seen to what extent inflation, i.e. rising cost of living, financial tightening and rising geopolitical uncertainty, dampen the growth dynamic towards the end of the year Inflationary pressures are likely to persist and it remains highly uncertain as to when geopolitical issues may be resolved. Nevertheless, oil demand is forecast at healthy levels in the second half of this year,” OPEC said. 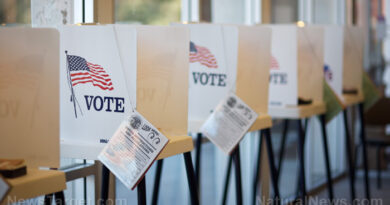