[SAN FRANCISCO– JUNE 16, 2022] Project Veritas has published another recording of an internal Twitter all hands meeting wherein Elon Musk addressed thousands of employees for the first time since news broke of his plans to acquire the company. On the call, Musk described his affinity for Twitter and said the platform was best for “getting a message out” but noted that he was concerned about the platform as it currently stands, reiterating previous statements he’s made about bots, spam, and censorship.

“I think it’s essential to have free speech,” Musk said in response to a question about his highly publicized goal to bring free speech to the platform. When pressed about what that might mean in the context of animal abuse, sexual content and offensive tweets, Musk maintained his stance. “I think there’s also, there’s freedom of speech and freedom of breach, so I think people should be allowed to say…pretty outrageous things that are within the balance, the law, but, but then they don’t, you know, get amplified,” Musk added.

Throughout the call, Musk spoke highly about Twitter but emphasized his vision for expanding the tech giant to be inclusive of more users. “I think an important goal for Twitter would be to try to include as, as much of the country, as much of the world as possible,” Musk said speaking to employees including CEO, Parag Agrawal.

On the call, Musk was asked about a wide range of matters including his political leanings, his plans for layoffs and whether remote employees would be required to return to the office.

Musk described his political views as “moderate” noting that he traditionally has voted democrat but voted republican for the first time in his life, voting for Congressional Candidate, Mayra Flores, in Texas. He said he believes most of the world favors moderate politics but that the far left and right should be able to voice their frustrations on Twitter.

At one point, Musk was asked if he would be taking over CEO duties of the company. Musk’s answer was that he “wants to make sure the product evolves rapidly.”

In response to the Project Veritas’ leak of the company-wide zoom, Musk commented “exactly.”

House Subcommittee in Support of the Mother of all Scams English Village Under Siege from Satanists who are Sacrificing Animals as the Popularity of The Prince of Darkness Rises to New Heights!   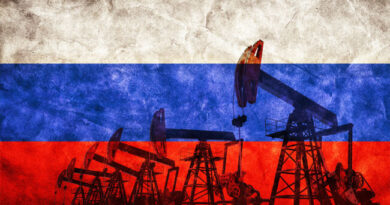