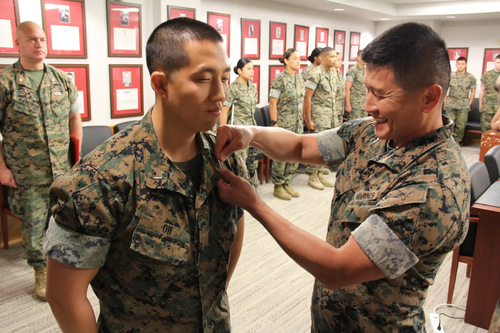 “I have been briefed. We don’t know where they are,” President Biden told reporters at the White House Friday of two Americans who had been fighting Russian forces on behalf of Ukraine. The State Department starting Thursday identified Alexander John-Robert Drueke, 39, from Tuscaloosa, Alabama and Andy Tai Ngoc Huynh, 27, from Hartselle, Alabama as currently “missing” from the battlefield, after Russian social media reports said they were captured by pro-Kremlin forces. But now there’s a third reported missing in the war-torn country.

Admin officials say they are continuing to closely monitor the situation. If their capture by the Russian army is confirmed, it would mark the first known instance that American volunteers have been taken into custody by Russia, raising the stakes and tensions significantly between Washington and Moscow.

It was also revealed Friday that a third American fighter, a highly decorated Marine veteran, could be missing on the Ukrainian battlefield, possibly also taken into Russian custody:

State Department spokesperson Ned Price told reporters Thursday that the Biden administration is aware of a third American possibly missing in Ukraine. CNN subsequently identified that American as Grady Kurpasi, a veteran of the U.S. Marines, citing his wife.

Among the thousands of foreign fighters, most from the West, who have traveled to Ukraine to fight on its behalf, at least hundreds are believed to be US citizens.

CNN has these details on the third American, a career retired military officer, as follows:

A third American whom the State Department has identified as missing in action in Ukraine is a US Marine veteran, Grady Kurpasi, his wife confirmed to CNN.

The last time Heeson Kim and other close friends heard from Kurpasi was between April 23 and 24, George Heath, a family friend of Kurpasi’s told CNN. Kurpasi served in the US Marine Corps for 20 years, retiring in November 2021. He chose to volunteer alongside Ukrainians in Ukraine but initially did not envision himself fighting on the frontlines of the war, Heath said.

NOW – Biden: “Americans should not be going to Ukraine.”pic.twitter.com/Rsu9SgZTZs

“Kurpasi arrived in Ukraine on March 7 and made it to Ukraine’s capital, Kyiv, on March 21, Heath said. Kurpasi and other members of the foreign legion were tasked to man an observation post at the end of April near Kherson, around the time Kurpasi stopped communicating with his wife and friends back in the US, Heath said,” the report describes. But it qualifies, “It is not clear if Kurpasi was a member of the foreign legion, but he was a volunteer fighting alongside Ukrainians, Heath said.”

Little has been confirmed of the three Americans’ fate or whereabouts, with the Kremlin on Thursday having acknowledged the reports but without confirming it has them in custody.

The State Department’s Price said in a briefing on Thursday: “There are many individuals in this country who are well-intentioned and who want to do everything they can to help the people of Ukraine.”

“Of course, we all understand that. There are avenues and ways to channel that energy, to channel those efforts in ways that are constructive and ultimately helpful for the people of Ukraine, and you can find many of those on our website,” he added.

They Promised “Safe And Effective”; We Got “Sudden And Unexpected”

Futures, Yields And Oil All Rise On Last Day Of Turbulent Week