Since usurping power by brazen election rigging, the illegitimate Biden regime has been a virtual wrecking ball on the world stage at home and abroad.

Kill shots — with domestic and global depopulation in mind — is official regime policy.

US life insurance companies have been paying record amounts in death benefits since mass-jabbing for flu/covid began.

One of the largest US insurers, One America, reported a 163% increase in payouts year-over-year.

The human toll from kill shots among young people with no history of serious health issues is now called:

Sudden Adult Death Syndrome (SADS) — instead of laying blame where it belongs on jabs designed to irreparably harm health and shorten lifespans.

Unparalleled US sanctions and proxy hot war on Russia risks crossing the line to possible WW III — with nukes if things are pushed beyond a point of no return.

A similar risk exists in the Asia/Pacific against China over Taiwan and other issues.

Commenting on hegemon USA’s defiance of reality by falsely claiming to be on the right side of history, China’s Foreign Ministry accused the empire of lies of “whistling in the dark,” shunning cooperative relations with other nations, and waging forever wars on invented enemies by hot and other means, adding:

In flagrant breach of international law, US “rules-based order” is all about “a 21st century law of the jungle.”

Its “hegemony will not last and justice will prevail.”

“People across the world have now seen through the hypocrisy of the US on ‘protecting human rights.’ ”

Hegemon USA “must and will be held accountable and duly punished for the harm it has done to the human rights of people in other countries.”

Against Iran as well by refusing to return to JCPOA compliance in support of apartheid Israel’s regional hegemonic aims and its own.

US domestic consumer price inflation is 16.8% year-over-year, not the phony officially reported 8.6%.

Food, energy and overall economic crisis conditions are worsening domestically and abroad because of irresponsible US policymaking with diabolical aims in mind.

US consumer sentiment is at a record low — and highly likely to go lower.

Hard times getting harder were made-in-the-USA.

What didn’t begin under undemocratic Dems greatly worsened by design after they usurped power.

Paul Craig Roberts stressed it, saying we’re “living under a full scale assault by (undemocratic Dems) on normality, on the US Constitution, on truth, on morality” — and on what little remains of greatly eroded freedoms and world peace.

Likely to be deep and protracted, recession is either imminent or already began in the US/West.

According to analysts Doug Casey and David Stockman:

What’s happening is the onset of “the most turbulent period in US history.”

For the vast majority of Americans, hard times will likely be worse “than (during the Great Depression) 1930s” and earlier economic downturns.

Calling the dismal state of the US economy a “no-man’s-land,” it’s because of “a stock market bubble, a real estate bubble, a bond super-bubble…an Everything Bubble…the biggest (one) in (recorded) history.”

Political, economic and financial crises are happening at the same time — a “perfect storm of big trouble.”

A “soft landing” — when things are declining hard — is on the table.

On June 15, he said that “the (weakening) US economy is in a strong position (sic).”

A combination of sharply lower stock, cryptocurrency and home prices, Q II zero economic growth (according to the Atlanta Fed), a 3.3% decline in June (according the Philly Fed), FR tightening and triple-digit oil prices is a recipe for big-time economic trouble. 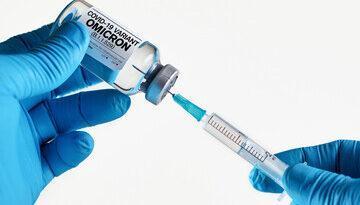 And we thought Malcolm Fraser was bad…..?