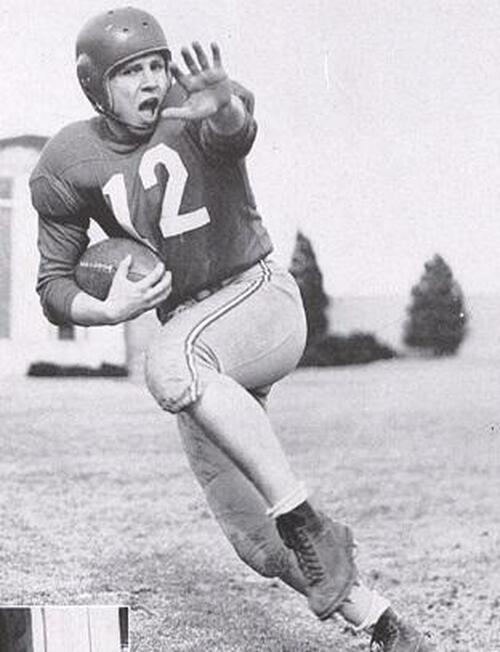 Below is my column on the recent fining and apology of Washington Commanders defensive coordinator Jack Del Rio for expressing a dissenting view of the Jan. 6th riot.

There has been little support for the exercise of free speech by Del Rio, even from those who support the free speech of athletes protesting during actual games. Instead, there was the usual demands for him to be fired for uttering an opposing view of what occurred on January 6th.

Here is the column:

Washington Commanders defensive coordinator Jack Del Rio trains his players to be ready for “audibles,” a play changed right before a snap at the scrimmage line. Last week, there was one audible he clearly did not see coming.

Del Rio found himself the center of controversy after he called out the media for focusing on the Jan. 6 riot but ignoring the damage caused in protests in cities like Portland and Seattle. The team quickly forced Del Rio to retract his words, and the head coach issued a statement refuting his claim.

Del Rio is now in football purgatory after drawing a flag for exercising free speech.

Before last week, Del Rio was laboring under the naive assumption that he could express his own views in public. After all, his players can kneel in protest during games, and football helmets and end zones now bear statements on social justice.

Del Rio’s statement indicated he believes there is a double standard regarding violent protests by the right or the left: “A simple question. Why are we not looking into (the protests), if we’re going to talk about (the Capitol attack)? Why are we not looking into those things? People’s livelihoods are being destroyed, businesses are being burned down, no problem. And then we have a dust-up at the Capitol, nothing burned down, and we’re going to make that a major deal. I just think it’s kind of two standards.”

Del Rio had barely uttered those words when, as if to prove his point about an official truth regarding Jan. 6, a flash mob formed on social media to seek his destruction.

The NAACP called for Del Rio’s firing for calling “an insurrection — an attempted coup …  a ‘dust-up.’” Virginia Senate Majority Leader Richard L. Saslaw (D-Fairfax) cited the comment as one reason why the state shelved a proposal for a new stadium for the team.

It is not clear if Rivera actually has the authority to hand out massive fines to a subordinate. A typical contract simply says that coaches are expected to act in a way “both publicly and privately, which promotes the best interests of the Club, the NFL and professional football, in general.” Rivera effectively declared that Del Rio expressing a dissenting view of Jan. 6 was not in the team’s best interests.

However, Rivera knows Del Rio is not going to complain or litigate if he wants to continue in the NFL. He will dutifully mutter the official insurrection line like some punch-drunk lineman trying to remember a Fire Zone blitz.

What is most concerning is that the Commanders objected not to Del Rio commenting on a public controversy, or doing so at a press conference, but to offering the wrong opinion. In his statement, Rivera focused solely on Del Rio not supporting the narrative that Jan. 6 was an attempted coup by conservatives.

Rivera acknowledged that Del Rio “does have the right to voice his opinion as a citizen of the United States.” However, he said that “I want to make it clear that our organization will not tolerate any equivalency between those who demanded justice in the wake of George Floyd’s murder and the actions of those on January 6 who sought to topple our government.”

If Del Rio had called the riot an insurrection, he might have been celebrated, not fined. That seems obvious from Rivera’s own declaration that “what happened on the Capitol on January 6, 2021, was an act of domestic terrorism.”

Rivera is not alone in that characterization. FBI Director Christopher Wray declared the riot to be domestic terrorism, a legal position I criticized last week in testimony before a Senate Judiciary hearing.

There are ample reasons to object to Rivera’s characterization, including how such a designation could undermine free speech and associational rights. Of the more than 800 people arrested after Jan. 6, most have been charged with the relatively minor offenses of trespass or unlawful entry. Fewer than ten have been charged with seditious conspiracy — an offense that includes not just the effort to overthrow a government but the use of force to hinder or delay any legal proceeding or even to “possess any property of the United States contrary to the authority.” Indeed, some in the media have chided the Justice Department for “pulling back” on such characterizations in court.

The coverage of Del Rio reaffirmed that there is an official truth on Jan. 6. The Associated Press effectively declared Del Rio to be a Jan. 6 denier by describing his statement as “downplaying the deadly insurrection.” It did not entertain the possibility that the violence was not an effort to overthrow the nation but, instead, a riot. Despite the unrelenting media narrative, many citizens share that view and do not consider the violence as an insurrection; one poll showed that 76 percent believe this was a protest that went too far.

This controversy arises at an interesting time. The same week that Del Rio was being threatened with termination for expressing his political views, the Biden administration was in court unsuccessfully fighting for the right of workers to be able to express political views at work. Despite support by the National Labor Relations Board (NLRB), a court ruled against Home Depot workers who claimed a right to wear Black Lives Matter symbols at work. A similar case was brought against Whole Foods workers.

As I have previously written, workers do not have a legal right to protest or display political symbols in the workplace. Yet, the NLRB maintains that workers have the right “to speak up about these important issues.” So, how about a defensive coach who wants to express his views about Jan. 6?

In the end, the team is a private company that is not subject to First Amendment limitations. Nevertheless, the NFL should not be in the business of fining employees because they take the wrong side of a public controversy.

Del Rio now faces the ultimate “bull rush” where the media, politicians, and companies line up to overwhelm anyone with a dissenting view on Jan. 6. There is a narrow range of permitted characterizations, running from an “insurrection” to “domestic terrorism” to a “coup.” If you want to play football, apparently, you will stick with those three approved options. In the NFL, free speech seems to be the right to express only views that a team will tolerate.

“The Bot Is Out There. It Doesn’t Feel Pity, Or Remorse, Or Fear, And It Absolutely Will Not Stop Until Your Job Is Dead” 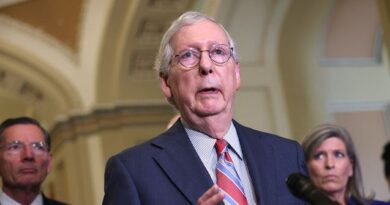 McConnell: The FDA Already Has a $6 Billion Budget, Formula Shortage Isn’t ‘a Matter of Money’