As in the US, the mask is off EU fantasy democracies — the real thing abhorred and not tolerated domestically or abroad by their ruling class.

It’s step one to joining the union if all current member states agree.

Joining the bloc occurs in stages:

When a nation wishes to join the political and economic alliance — currently with 27 member states — formal negotiations for admittance don’t necessarily follow straightaway.

The process involves adoption of EU laws, along with instituting political, judicial, administrative, economic and other required changes to conform with how all bloc nations are supposed to operate.

When conditions for membership are met and negotiations conclude to the satisfaction of all member states, the applicant country can join the union.

Negotiations don’t begin until all EU block nations agree unanimously on a framework to follow with the candidate country seeking admission.

When begun, the process takes place among ministers and envoys with their counterparts in the candidate nation — a procedure called an intergovernmental conference.

All relevant issues are considered to decide if the applicant qualifies for bloc membership.

Before negotiations begin, the candidate nation must submit its position on relevant issues.

They must conform to EU standards.

Negotiations on relevant issues continue until all bloc nations are satisfied with a candidate country’s positions.

With no deadline, negotiations continue until all bloc nations and the aspirant country reach agreement on all relevant issues.

At the same time, things aren’t finalized until the EU Council, Commission and European Parliament agree to admit the nation seeking membership in the union.

At that time, EU bloc nations and the candidate country must sign and ratify what was agreed on.

Once all of the above procedures are completed, the aspirant nation is accepted as a full EU member state.

The process can move along smoothly from step to step or can take years to complete.

US-dominated NATO bears full responsibility for “unleashing (a 2014) armed conflict in Ukraine, for rampant Russophobia (in Europe), and for reviving Ukrainian Nazism,” adding:

Once part of Russia, then close ally Ukraine was transformed by the US/West into “Anti-Russia” status — a diabolical scheme to use its territory as a platform for perpetual proxy war on the Russian Federation.

Forever wars and atrocities define US/Western states throughout the post-WW II period and preceding it.

Although Russia’s Human Rights Council membership was outrageously suspended because of heavy Biden regime pressure, the Russian Federation is attending its 50th session.

US-dominated Western regimes are using Ukrainian Nazis against Russia in similar fashion to how they used ISIS, al-Qaeda and other jihadists against Syria to try toppling its legitimate Bashar al-Assad government.

Use of Nazi-infested Ukraine this way “facilitate(s) the thriving of fascism” in central Europe along Russia’s borders.

So-called “civilized” US-dominated Western nations showed profound indifference toward the rights and well-being of millions of Donetsk and Lugansk residents.

Since April 2014, Nazi-infested Ukraine killed over 14,000 of their people, destroyed or damaged thousands of homes and other structures, forced millions of Donbass residents to take refuge in basements for safety and displaced about 1.4 million of their people.

It’s “self-destr(oying) itself from within” — the scourge of Nazified rule driving “the process.”

It’s a festering sore in Europe heartland masquerading as a nation-state.

If EU nations admit Ukraine to the bloc, the scourge of its Nazism will perhaps irreparably taint its member-states.

On May 29, Sergey Lavrov said the following on France’s RF1 television.

“France is playing a key role (by) instigating…neo-Nazism (in) Ukraine — notably by supplying the Kiev regime with weapons to kill Russians and Donbass civilians.

France is symbolic of the decadent, depraved West.

Years of diplomatic outreach by Russia “to reach agreements on an equal basis (with the West) have not been merely missed but have been deliberately ignored.”

“It means that the West has never wanted equal relations and cooperation with Russia.”

Their ruling regimes are now waging proxy war on the Russian Federation — using Ukrainian Nazis as their weapon of choice.

And this is the scourge that Brussels may admit as the bloc’s 28th member — with full US support and encouragement. 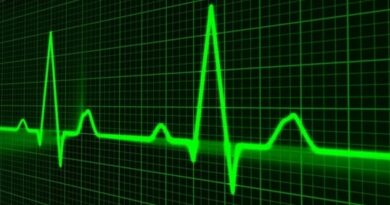 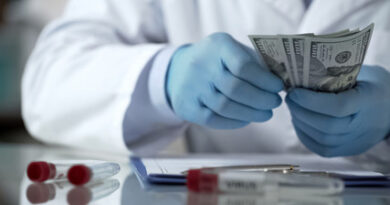 U.S. RULING CLASS IS “IN THE PROCESS” OF RELEASING A VACCINE FOR MONKEYPOX