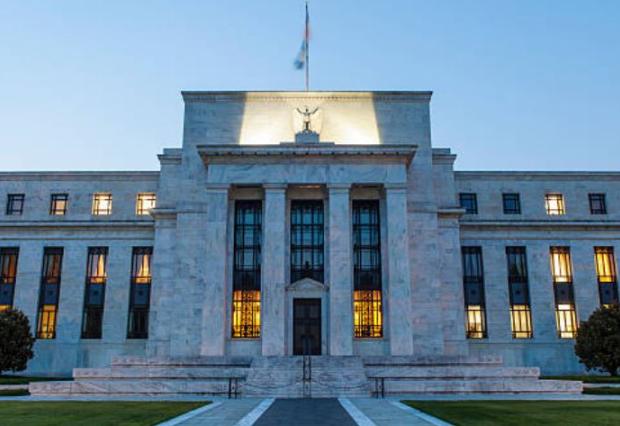 by Tho Bishop, Mises Institute:

On May 4, Jerome Powell dismissed the possibility of the Federal Reserve hiking the federal funds rate by three-quarters of a percent.

On June 15, he announced that America’s central bank was doing just that, a reminder that the Fed continues to give itself more power over the economy, even as it repeatedly demonstrates an inability to predict inflation, economic growth, or even its own policy.

Markets were already reacting to the move days in advance after a deliberate leak of the Fed’s decision to the Wall Street Journal this past weekend. The result is tens of millions of Americans watching their net worth collapse with stocks, cryptocurrencies, and other financial asset prices as investors pull capital away from investments and into cash and other safe harbors.

Of course, the demand for these investments that are now being devastated by rate hikes was itself a deliberate policy goal of the Federal Reserve. Low interest rates maintained by aggressive quantitative easing and other new Fed tools were designed to discourage Americans from saving in traditional banks and low-risk financial assets. The Fed subsidized risk, and risk is what we have.

While panic over America’s economic environment is starting to make its way into the pages of the corporate press, savvy Fed watchers have been warning about this self-made trap for years. On the Mises Wire, Austrian analysts like Daniel Lacalle, Thorsten Polleit, and Brendan Brown have warned about the damage a decade of monetary hedonism has done to the financial health of the global economy. The lingering question has been whether central banks’ concern over price inflation would trigger the policy corrections necessary to pop what Lacalle has called “the bubble of everything.”

The Fed seems to be trying. We will see how other central bankers respond.

The fight against inflation should illuminate one of the most important, but often overlooked, parts of the Austrian understanding of business cycles. While a lot of the online conversation about Fed policy will often focus on the dollar’s declining purchasing power or concerns about hyperinflationary environments due to central bank mismanagement, the more pressing insight is the true costs of the malinvestment that occurs in a low interest rate environment.

Artificial credit expansion means capital is invested in firms and industries that would not appear profitable without the intervention of central banks. One way we can see this manifested is in the form of zombie companies, which are firms whose operations are not profitable and that depend upon cheap debt to survive.

As Joshua Konstantinos noted on the Mises Wire in 2019:

These numbers, of course, do not consider the financial frenzy that was created as a result of covid-related policies after the article was written.

An additional consequence of the Fed’s subsidization of risk in the financial system is damage done to important institutional investors. Pension funds and insurance companies, for example, have been forced to manage investment portfolios at a time when government bonds and other historically low-risk investments are yielding little. In such an environment, these institutions can either reduce payouts in the future or adjust their investments to higher-yield assets. If an aggressive increase in interest rates ends up taking down a large portion of these zombie companies, this could secondarily impact millions of Americans who never benefitted from the stock market.

It is precisely these deeper consequences to the busting of financial bubbles that inspired Ludwig von Mises to spend so much effort in trying to illustrate the consequences of central bank–fueled malinvestment. As he notes in Economic Policy:

Credit expansion is not a nostrum to make people happy. The boom it engenders must inevitably lead to a debacle and unhappiness.

The question going forward is how truly dedicated the Fed is to its campaign against price inflation. The purpose of its severe move, the largest single move in forty years, is to demonstrate a willingness to act boldly in the future—the Powell Fed has enjoyed a reputation for being willing to bring out “a bazooka,” nerd speak for engaging in aggressive monetary policy. This was also an act of political necessity: $5 gas and double-digit increases in food costs is the sort of kitchen table issue to get Americans very angry at politicians and their bankers.