Hegemon USA has a nasty habit of blaming other nations and their leaders for its own political, economic, financial and military crimes.

On Thursday, interventionist Blinken’s spokesman/congenital liar like his boss, Price, once again turned truth on its head and trampled on it, saying:

As usual, whenever claims like the above are made by the empire of lies, no corroborating evidence is presented because there is none.

In early June, Ukrainian Nazi thugs set around 57,000 tons of grain ablaze in the port of Mariupol, Donetsk.

At the time, DPR official Yan Gagin explained the following:

“There is a large amount of grain on the territory of the Mariupol port, both corn and wheat.”

“Judging by the smell and appearance, it is unsuitable for further use.”

“And this is due to the fact that the enemy, retreating from the port, set fire to the granaries so that this grain would not go to the Donetsk People’s Republic, so that it would be impossible to use it in any way.”

On Thursday, Russia’s US envoy, Anatoly Antonov, minced no words in laying blame where it belongs for world food crisis conditions, saying the following:

Falsely blaming Russia for what’s going on “ha(s) nothing to do with reality.”

There’s plenty of food to feed the world, according to the UN  Conference on Trade and Development (UNCTAD).

Distributing it to world markets is another matter because of US/Western obstructionism.

“Russia has absolutely nothing to do with” what the US-dominated West bears full responsibility for, Antonov stressed, adding:

“We are (falsely) accused of aggravating the situation in the food market and countering its normalization by the very parties that created (market) imbalances by their actions.”

Russia guaranteed safe passage of vessels into and out of Ukraine — as long as the Zelensky regime demines its offshore waters.

At the same time, Ukraine is a minor exporter of grain, accounting for “less than 1% of the total volume of the global food market,” Antonov explained, adding:

“The delay in (its) export of wheat can be hardly considered a ‘catastrophic’ development” in the greater scheme of things.

In areas of Ukraine liberated by Russian forces, its officials are “restoring infrastructure (and) supplying seeds” and what else is needed for planting.

Along with large-scale humanitarian aid, “Russian servicemen are engaged in humanitarian demining of farmland.”

“More than 12,000 explosives on 200 hectares of fields have been deactivated.”

Not a shred of credible evidence exists to support bogus claims — because there is none.

Russia didn’t mine Ukraine’s offshore waters — what its Nazi-infested regime is responsible for, as directed by its US master.

“The port of Mariupol has been cleaned up and has resumed its operations.”

Russia’s navy “organiz(ed) daily humanitarian corridors from the territorial waters of Ukraine to the Bosporus Strait.”

Detailed coordinates were made public.

Russia is ready to work with Ukraine cooperatively to aid its grain exports.

At the same time, Russia continues going all-out to fulfill its international contracts.

Next year, plans are to increase the total to 50 million tons.

“Russia’s goal has always been to stabilize the situation in the world food market and to provide assistance to countries that need high-quality and inexpensive grain,” Antonov stressed.

Moscow prioritizes cooperative relations with the world community of nations — in stark contrast to Washington’s hegemonic aims by brute force and dirty tricks.

King of the World? The High Symbolism of Charles III’s Coronation 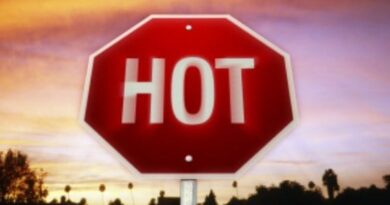 ‘Woke’ Twitter Employees Have Issued List of Demands to Elon Musk, But He’s Got a Demand of His Own