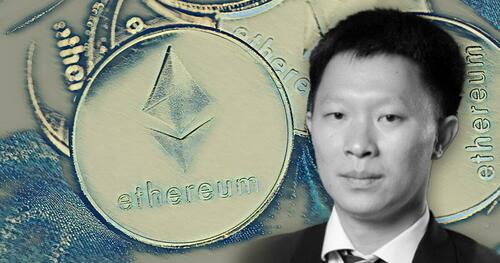 Crypto hedge fund Three Arrows Capital (3AC) is exploring asset sales and other options after suffering heavy losses amid a broad selloff in cryptocurrencies and other digital assets, the firm’s founders said on Friday.

“We have always been believers in crypto and we still are,” co-founder Kyle Davies told the Wall Street Journal – the first communication from the company since Zhu Su, the firm’s other co-founder, fired off a cryptic tweet on Tuesday that simply said the company is “in the process of communicating with relevant parties and fully committed to working this out.”

The hedge fund had roughly $3 billion in assets under management in April, before ‘stablecoin’ TerraUSD, and its sister token, Luna, suddenly collapsed.

Three Arrows was among a group of large investors that took part in a $1 billion token sale earlier this year by Luna Foundation Guard, a nonprofit organization started by South Korean developer Do Kwon, the creator of TerraUSD. The funds went toward a bitcoin-denominated reserve for the stablecoin, and were meant to help maintain TerraUSD’s value at $1 per coin.

Mr. Davies said Three Arrows invested about $200 million in Luna as part of that deal, a sum that was effectively wiped out when TerraUSD and Luna both became worthless in a matter of days. -WSJ

According to Davies, the firm is hoping to reach an agreement with creditors that would allow it more time to work out a plan.

Before losing $60 billion in market cap, TerraUSD and Luna were among the top-10 largest digital coins – and were largely considered low-risk.

“The Terra-Luna situation caught us very much off guard,” said Davies, adding that the selloff was ‘unprecedented,’ and the fact that the Luna foundation began dumping bitcoin to help support TerraUSD also contributed to the selloff in bitcoin itself in May.

While Three Arrows was able to weather the Luna losses, a subsequent cascade of events led to a selling contagion that has destroyed the value of a number of coins and projects in the crypto space. For context, in November, Crypto’s total market cap was nearly $3 trillion. Now it stands at $910 million, according to CoinMarketCap.

As a result, some lenders have been demanding full, or at least partial repayment on loans they extended to crypto investors. Compounding the problem are rising interest rates, which has caused riskier assets to sell off.

“We were not the first to get hit…This has been all part of the same contagion that has affected many other firms,” said Davies, who added that 3AC is still trying to quantify its losses and place a value on their illiquid assets – such as VC investments in various crypto projects.

“We are the biggest investors in the fund, and our intent was always for everyone to do well in it,” said Zhu, who predicted last year that bitcoin would enter a ‘growth supercycle’ where prices continually rose and achieved mainstream adoption.

“Supercycle price thesis was regrettably wrong, but crypto will still thrive and change the world every day,” he tweeted in late May as the selloff in crypto rattled investors.

3AC raised eyebrows on Tuesday when it liquidated at least $40 million of “staked” Ether (stETH), making it the largest seller of the token in the past week, according to The Defiant.

Cracks began to form after stETH – which has historically traded with ETH – began to “de-peg” last week, causing the Celsius Network – a “centralized, one-stop-shop for crypto investors and traders” – to freeze customer assets so that it could “honor, over time, its withdrawal obligations.”

We trade in one of 3AC’s trading accounts. This morning they took about ~1m out of our accounts. I hope you pay us back asap. https://t.co/78Nxz72oIu

With Bitcoin now hovering at just over $20,000, down from a peak of $64,000 a little more than six months ago, the crypto industry continues to reverberate from the selloff.

The latest firm on the chopping block appears to be Hong Kong-based asset manager Babel Finance, which on Friday officially announced that they were suspending redemptions and withdrawals, citing “unusual liquidity pressures,” according to Cointelegraph.

“Recently, the crypto market has seen major fluctuations, and some institutions in the industry have experienced conductive risk events,” reads the statement, which adds taht the firm is in close communication with “all related parties” and will do its best to protect customers.

The move echoes that of Celsius, a crypto staking and lending platform, which halted withdrawals on June 13.

The startup claimed that it had an outstanding loan balance of over $3 billion and an average monthly trading volume of $800 million in derivatives at the end of 2021. It had structured and traded more than $20 billion in options products. https://t.co/f6RBM8qsR7

A Logarithmic Map Of The Entire Observable Universe