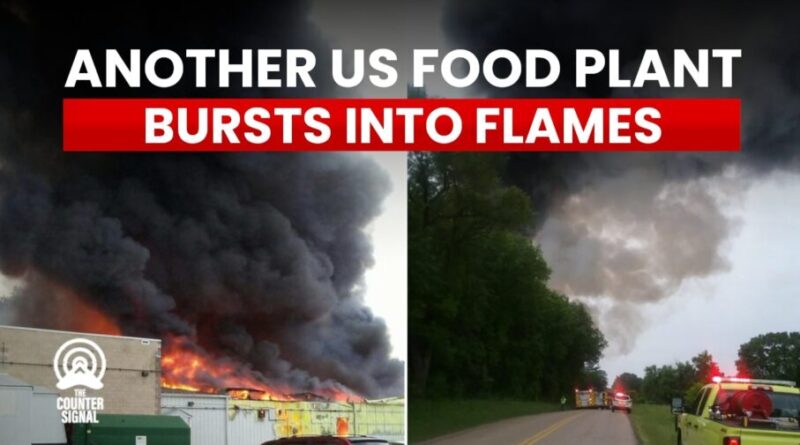 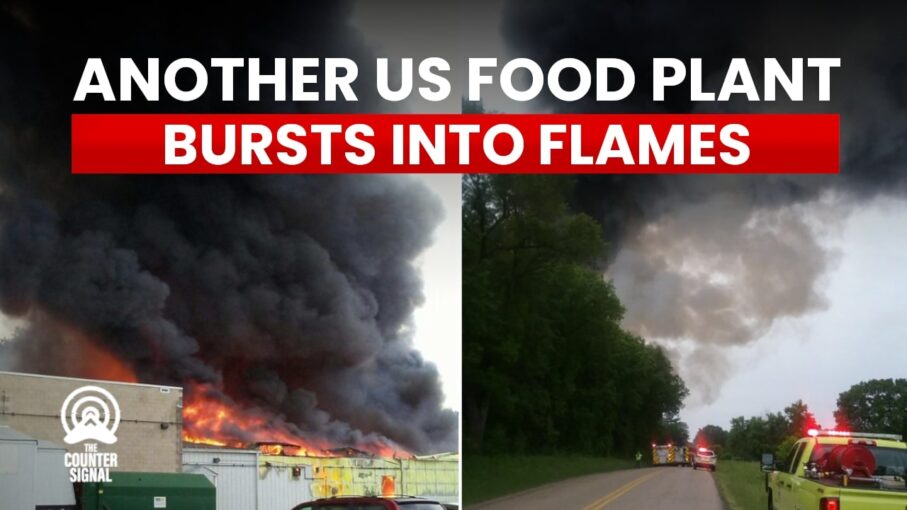 Yet another food processing plant has spontaneously caught fire — this time it’s a frozen pizza factory in Portage County, Wisconsin.

An American Red Cross report says they rushed to provide food and water for the more than 70 firefighters from nearly two dozen departments that were required to put out the fire early Monday morning.

According to Stevens Point Journal, the fire was first reported at roughly 9 am, with billowing smoke spreading out several kilometres east and northwest. Some departments cleared the scene at 4:30 pm, but the fire wasn’t completely extinguished until 8:45 pm, nearly 12 hours later.

The Fire District says the fire began in the compressor room for the refrigeration and stemmed from a problem that arose during maintenance. No employees were injured.

This isn’t the first — and likely won’t be the last fire at a food processing plant. Indeed, there have been several in just the last few months.

Why Are DOZENS of Processing Facilities Burning Down?

But it’s not just food processing plants catching fire that’s troubling, especially during a time of food inflation. Poultry at meat producers is being destroyed at an alarming rate, usually due to barn and factory fires or avian flu.

In early April, 46,000 turkeys had to be killed in Barron, Wisconsin, due to an avian flu outbreak.

Another flock of 53,000 in Beadle County, South Dakota, had to be killed that same month.

On May 3, 13,800 chickens had to be destroyed at an Oklahoma farm for the same reason.

Steve Bannon at CPAC: The Federal Reserve Has Usurped the Power of the People and Must Be Ended

Human DNA Has Been Poisoned