It was discovered that, rather than remaining at the site of the injection (usually the arm-deltoid region), the mRNA-containing nanolipid carriers rapidly entered the bloodstream and were distributed all over the body, including the brain.

The Side Effects of The Genetic Vaccines and Early Treatments

During this same period, there were 16,310 deaths reported, an increase of 373 over the previous week. These numbers are far higher than are seen with the viral infection itself or associated with other vaccines.

Because the spike protein-producing nanolipid carriers are lodged within organs and tissues, the immune system is unable to respond efficiently to prevent damage and may be responsible for much of the damage as a bystander injury effect. For the vaccines using two injections, the priming effect of the first dose would almost assure a magnification of the damage, possibly by immunoexcitotoxicity.

With some of these nanolipid carriers now lodged within the cells, any attempt by the immune system to neutralise them will cause considerable damage not only to those cells but to a wide zone of cells around them. This is referred to as “bystander damage.”

Essentially, once people are vaccinated, they will have the spike protein being produced everywhere in their bodies. Moreover again, recent studies confirm that it is the spike protein that causes Covid damage. That is, it’s toxic.

Of course, we now know that very few people actually die from infection by the virus itself; they die from a dramatic immune system overreaction — the so-called cytokine storm, which can occur in any organ or tissue. The CDC recently admitted that only 10,500 people in the United States were actually killed by the virus itself. Most have died from complications of their chronic medical condition or in relationship to obesity.

In fact, studies have shown that even when the number of viruses in the body is high, most people infected with Covid either have few symptoms or have a moderate reaction — similar to other viral infections. Within eight to 11 days, they get better.

Studies of patients at this cytokine storm stage have shown that their breath contains no live viruses. Thus, wearing a mask is useless, and it impairs the patient’s ability to get sufficient oxygen. Ironically, putting these patients on a ventilator (respirator) dramatically increases the death rate. It’s thought that by using positive pressure to force the lung to work, the ventilator further damages the already severely damaged lungs.

The greatest success in saving such patients occurs when strong anti-inflammatory medications — such as high-dose corticosteroids, intravenous vitamin C, and ivermectin are used. In fact, in 27 studies conducted all over the world, ivermectin drastically cut the death rate from Covid-19, even in the most severe and advanced cases.

The difference between getting infected with the virus and exposure to the vaccine is that in the former case only people with age-related frailty, several chronic illnesses, immune deficiencies, and people with other immune-suppressing disorders are at any substantial risk from Covid-19. That is no more than 5% of the population.

Severe disease or death in a healthy person below age 40 is extremely rare, occurring <0.01% of the time. But unlike natural infection, the vaccine — while still dangerous to those who are immune-suppressed — also does serious damage to young people, even if they’re healthy. The majority of deaths associated with the vaccines are among the aged population, with the average age being 73.1 years.

As noted, we’ve seen a dramatic rise in cases of myocarditis in the vaccinated young, along with other serious injuries and deaths. This is happening because the nanolipid carrier of the mRNA travels directly to the heart, triggering intense inflammation in their heart muscle. As also noted, this process could result in the production of the spike proteins for months, years, or even for a lifetime. The nanolipid carrier has been shown to enter the brain, liver, spleen, lymph nodes, and kidneys.

Another reaction to these vaccines is what’s called antibody-dependent enhancement (ADE), a common reaction observed with other types of vaccines. With ADE, exposure to the wild-type virus in the vaccinated person can trigger a much more pathological damaging effect than in the unvaccinated person.

Because the Covid vaccines trigger a dramatic increase in antibody production, ADE becomes much more likely. Not only does this result in an increase in severity of symptoms if a vaccinated person is exposed to the natural virus in the future, but the virus also reproduces faster and becomes more pathogenic, meaning the severity of a vaccinated person’s illness is worse.

The H1N1 flu vaccine increased the risk of death for those who were vaccinated when they were exposed to the flu virus. We see the same phenomenon with these Covid “vaccines,” and many other types of vaccines. It may be that some of the hospitalisations and deaths now being seen are not due to a so-called “Delta variant,” but rather are caused by the vaccines themselves.

Russell Blaylock, a retired American neurosurgeon, wrote the above in an extensive paper, ‘Covid-19 pandemic: What is the truth?’, published on 8 December 2021 in the Surgical Neurological International journal.  We are republishing sections, more easily digestible portions, of his article as a series of articles titled ‘Covid Pandemic Truths’.

This article is the fourth in our series and covers the sections in Blaylocks’s paper as subtitled above.  You can find the first article in this series HERE.

Although we have not included them, Blaylock’s article is well referenced. 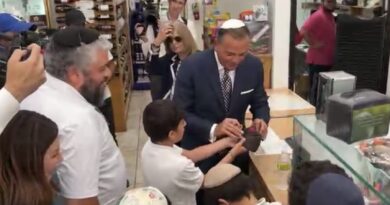